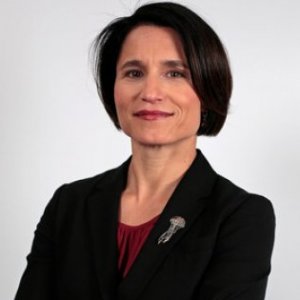 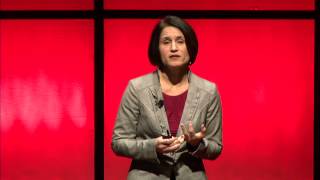 Professor Grottoli received her BSc. from McGill University (1992), her PhD from the University of Houston (1998) and completed postdoctoral training at the University of California – Irvine (2000). She and her team are focused on three areas of research: 1- determining what drives resilience in corals in the face of climate change, 2- reconstructing oceanographic conditions in the past based on coral skeletal isotope and trace metal records, and 3- the impact of land-use on the delivery of carbon to small tropical and temperate rivers. Grottoli’s current research is funded by the Division of Oceanography at the National Science Foundation. She established the Stable Isotope Biogeochemistry Laboratory facility in the School of Earth Sciences. Professor Grottoli has won several awards including the F.W. Clarke Award in Geochemistry, and the Mid-Career and the Best Paper Awards from the International Society for Reef Studies. She has published peer-reviewed journal articles in such journals as Nature, Global Change Biology, and Geochimica et Cosmochimica Acta, and she and her work have been featured on National Public Radio and several websites and newspapers. She is currently a full Professor in the School of Earth Sciences at the Ohio State University and a council member and Fellow of the International Society for Reef Studies.

Awarded by the International Society for Reef Studies

Awarded by The Ohio State University

Awarded by the Geochemical Society

The International Society for Reef Studies

"What could happen is you will have fewer scientists doing science," said Andrea Grottoli, head of the division of Water, Climate, and the Environment at Ohio State University. "There may be a whole lot less being done." Grottoli and her team of doctoral students are examining the lethal effects of increasing acidic tropical oceans on coral reefs, a documented outcome of a warming planet. "My two Ph.D. students were devastated because it affects their career options," Grottoli said. "Traditionally, the U.S. has been the best place to get science jobs."...

As the Earth Enters Its Third Mass Bleaching Event, Will Corals Survive?

The world is experiencing its third mass coral bleaching event. Due to elevated temperatures at tropical locations over the whole planet, large populations of corals are starting to turn white. This is bad, as bleaching can lead to large-scale decreases in coral health and ultimately their death. Coral reefs provide shorelines with protection from storms, are foundational to tropical tourism and provide critical habitat to thousands of species. Large-scale coral death following mass bleaching leads to reef erosion, loss of shoreline protection, loss of tourism income and the livelihoods that depend on them, and loss of critical habitat.

Can corals keep up with ocean acidification?

"It also could explain why the calcification rates of many species of corals are not affected by ocean acidification," said co-author Andréa Grottoli at Ohio State University.

Andréa Grottoli, professor in the School of Earth Sciences at Ohio State and principal investigator of the study, said that repeated bleaching will ultimately lead to less diversity in coral reefs, where all the different sizes and shapes of coral provide specialized habitats for fish and other creatures. “Bleaching will significantly change the future of coral reefs, with heat-sensitive coral unable to recover,” Grottoli said. Interactions among coral hosts and their endosymbiontic algae, as well as predators and prey would then change in a domino effect...

For Corals Adapting to Climate Change, It’s Survival of the Fattest—and Most Flexible The Ohio State University

“We found that some coral are able to acclimatize to annual bleaching, while others actually become more susceptible to it over time,” said Andréa Grottoli, professor in the School of Earth Sciences at Ohio State. “We concluded that annual coral bleaching could cause a decline in coral diversity, and an overall decline of coral reefs worldwide.”...

Williams and Andrea Grottoli, an associate professor of earth sciences at Ohio State and Williams’ former advisor, turned to a prolific form of soft coral, the Gorgonians, growing on a reef off the island nation of Palau. “These corals ‘sway’ with the current underwater,” Grottoli explained, “like trees in the wind. Since they aren’t restricted to shallow and warmer surface waters like other tropical corals, they provide an opportunity to reconstruct a picture of subsurface ocean circulation in a region.”...

Andrea Grottoli, an assistant professor of earth sciences at Ohio State University, has spent the last 14 years studying two common forms of coral that populate the reefs near the Hawaii Institute of Marine Biology...

If the rain forests were dying off at this rate, we would all be panicking, explained Andrea Grottoli, an assistant professor of geological sciences at Ohio State and lead author of the study. The problem is that now, with the planet's climate warming, coral are living closer and closer to their thermal threshold, so it takes less of a warming event than it did before to cause a catastrophe. Coral are symbiontic organisms that host one-celled algae within their bodies for mutual benefit. The coral polyp, a relative of jellyfish and anemones, provides a safe home within its cells for the algae while the algae convert sunlight into energy for the polyp...