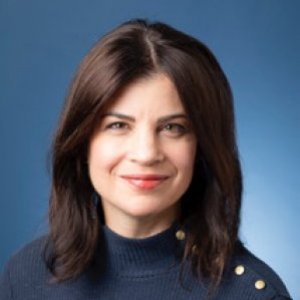 Andrea Odinov is a Voice, Speech, and Dialect specialist who earned her M.F.A. in Acting from the University of California at Irvine, and is a Certified Associate Instructor of Fitzmaurice Voice Work®. She began studying with Catherine Fitzmaurice herself during her undergraduate years at the University of Delaware, which motivated her to deepen her training at UCI where she also studied acting with Robert Cohen, and voice/speech with Dudley Knight, co-founder of Knight-Thompson Speech Work.

At LMU, Andrea teaches Voice and Speech; Intermediate Voice; and Dialects for the Stage. Outside the classroom, she provides vocal and speech coaching for all Theatre Department productions and in past years, offered vocal and speech coaching for faculty through the Center for Teaching Excellence. Professionally, she has provided coaching for: A Noise Within Theatre; The Geffen Playhouse Theater; Rogue Machine Theatre; The Road Theatre Company; The Odyssey Theatre; Lower Depth Theatre Ensemble; The Antaeus Theatre Company; Ghost Road Theatre Company; The Group Rep; The Sea Glass Theatre Company; Long Beach Playhouse; The 24th St. Theatre; and the USC School for Dramatic Arts. Her performances are now mainly as a voice-over artist, but she has performed at The Laguna Playhouse, The Blank Theatre, Sacred Fools Theatre, and The Texas Shakespeare Festival, in addition to television appearances on Providence, Passions, What Leonard Comes Home To, Arrest and Trial, and various national commercial spots. Most recently she appeared in the short film "Speak" (written and directed by LMU alum Laura Seay) which has gained national film festival recognition.

Andrea is a New Jersey native who resides in Hollywood with her very vocal cat, Mina.