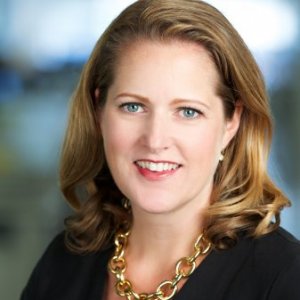 
Andrea Stairs leads the Canadian strategy and operations of one of the world’s largest online marketplaces. 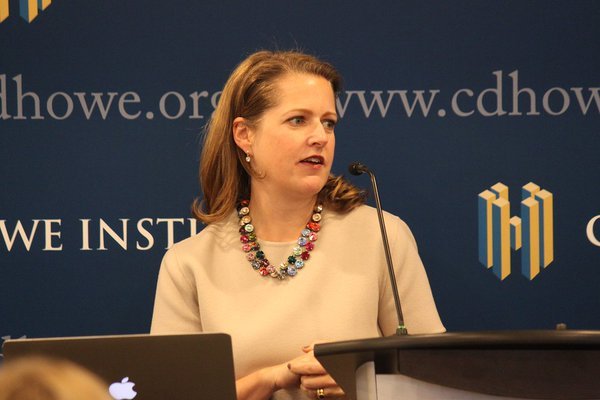 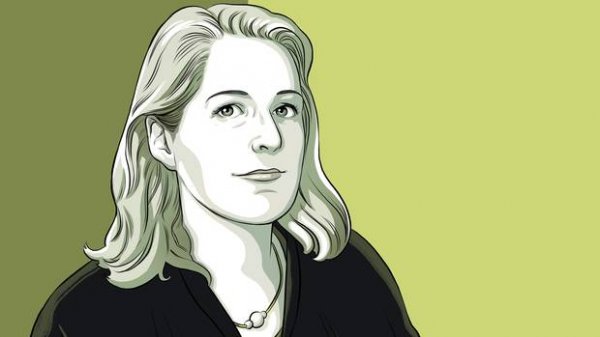 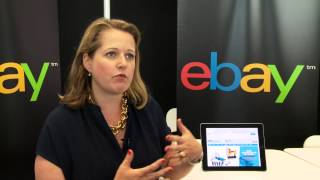 As eBay Canada’s managing director, Andrea Stairs leads the Canadian strategy and operations of one of the world’s largest online marketplaces and Canada’s second largest e-commerce business. In this role, Andrea is responsible for cultivating eBay’s community of Canadian users -- from individual consumers to established brands and retailers -- and for overseeing all of eBay’s Canadian functions, including product management, marketing, business development, and public and government relations.

Andrea was most recently head of marketing for eBay Canada, managing the brand’s marketing strategy and execution. She was also instrumental in launching eBay’s French-Canadian website and in leading the eBay Motors team in Canada.

After receiving a BA from McGill University, Andrea obtained LLB and MBA degrees from the University of Toronto.

Andrea sits on a number of executive and advisory boards including Spinrite LP, the Information Technology Association of Canada (ITAC), Ontario’s Panel for Economic Growth & Prosperity, as well as the Rotman School of Management’s Equity, Diversity & Inclusion committee.

A native of Montreal, Andrea now lives in Toronto with her husband and young son and daughter.

Earlier this year I moderated a Women in Leadership panel discussion for the Information Technology Association of Canada (ITAC) and Women in Communications and Technology (CWT) speaker series, with a focus on the intersection between retail and technology. This event brought together three female leaders running successful e-commerce businesses in Canada: Well.ca's President and CEO, Rebecca McKillican; BRIKA's co-founder and builder of business, Jen Lee Koss, and me ...

Why the TPP is the right direction for e-commerce

International Trade Minister Chrystia Freeland this week launched a $50-million fund designed to help Canadian small and medium businesses (SMEs) export their products and compete in a global marketplace. As the leading ecommerce platform for businesses of all sizes, eBay Canada applauds the government’s support of SMEs and recognition of their capacity for international trade. SMEs are the engine of the Canadian economy – and the numbers bear it out. According to Industry Canada, SMEs employ 90 per cent of the total private labour force, and small businesses alone (up to 99 employees) generate 27 per cent of Canada’s gross domestic product (GDP) ...

The five trends that will shape how we shop in 2016

In 2015, it became evident that consumers’ digital-era demands have quickly caught up with businesses that weren’t prepared. It was also a year of progress for e-commerce and small businesses in Canada, as more companies made strategic investments to reach their customers across multiple channels ...

Canadian Retailers Can Do More To Satisfy Cyber Week Demand

It wasn't so long ago that we Canadians used to watch American news coverage of Black Friday -- the stories inevitably covered the pre-dawn lines outside retailers' doors. Then, a new trend emerged: Canadians crossing the border to take part in the shopping craziness. Finally, in about 2008, Canadian retailers brought Black Friday and Cyber Monday north of the border; a smart play to keep customers -- and their dollars -- in the country. It took several years to catch on, but the Cyber Week U.S. retail holidays have now been fully embraced by Canadian retailers and consumers alike ...

Andrea Stairs recalls her darkest days as head of eBay Canada in early 2009, after the company’s U.S. parent dramatically scaled back its operations and left her with just five staff members – a painful 80-per-cent cut ...

Three Key Drivers Of Optimism Within Canadian SMBs For 2017

The new year has only just begun, but it's already proving to be another interesting one for Canadian small and medium businesses (SMBs). While economic uncertainty and the changing political landscape are making it difficult to understand the challenges that lie ahead, one thing remains clear: Canadian entrepreneurs who are embracing technology -- and ecommerce, in particular -- are more diversified and feel better equipped to face 2017.

Late last year, eBay Canada's first ever SMB Optimism Index revealed that retail entrepreneurs who had embraced the digital environment saw 2017 as a promising year. This conclusion was evident when we looked at a wide variety of factors that influence levels of optimism, including: location of the business, years in operation, what markets they focused on, the number and types of sales channels they current use, and more. The more SMBs took advantage of technology, the more optimistic they were about their future business performance.

Thanks to ecommerce, businesses do not need to focus their efforts on one region or even one country anymore. Instead, even micro-businesses have the opportunity to reach multinational consumers. Having a global footprint might be a goal for many Canadian SMBs, but only 11.8% of traditional small businesses export, and those that do only reach an average of 2.5 countries. The story is very different when we look at Internet-enabled SMBs, such as the ones who sell on eBay: Ninety-nine per cent of them export and reach 19 markets on average.

The way we shop is changing. Consumers are calling the shots in terms of where and when they buy, and businesses need to adapt by embracing an "always-open" mindset. The Index data points to the importance of multi-channel strategies, but also shows that not all sales channels are created equal; businesses do better when online sales are part of their channel mix. For example, retail SMBs who sold through online channels averaged 20 per cent higher annual sales versus those that didn't, and 89 per cent of businesses who sold through digital channels in 2016 expected to grow their sales in 2017, compared to 76 per cent of SMBs that were not online. Ecommerce is no longer a trend - it's the newest pillar of retail, and it has unlocked new ways to reach consumers. Consumers may be in the

In addition to the latest jeans style, food craze and music genre, the Millennial generation is setting another trend these days -- entrepreneurialism.

A BNP Paribas global study finds that Millennials are starting more businesses, with higher headcount and targeting higher profits than Baby Boomers . In Canada, the allure of being your own boss is also strong with young adults: A study by Intuit shows that one quarter of Millennial-age entrepreneurs have never held a full-time job prior to starting out on their own -- nearly three times more than entrepreneurs ages 35-54. Further, this younger age group is twice as likely as non-Millennials to start their own business in the next year. Clearly, the entrepreneurial spirit is alive and well in Canadian Millennials.

As managing director of eBay Canada, I certainly see this trend in our seller community. Case in point - all three winners of this year's eBay Entrepreneur of the Year Awards are Millennials building million-dollar retail businesses. Our overall Entrepreneur of the Year winner, 30-year-old Yossef Vidal, has established a $10 million-dollar business selling fashion and consumer electronic accessories. Twenty-four-year-old Adrien Lavoie found success with his sneaker business by selling internationally. And 30-year-old Nadia Shuaib leverages multiple sales channels to accelerate her consumer electronics company.

Each of these "millennipreneurs" tell a story of the drive, creativity and resilience of this generation. Here are five key learnings from these award-winning entrepreneurs:

1. Start small and get creative with financing.

All three entrepreneurs prove that starting a business doesn't always require bank loans or seed investors - small businesses can get creative with their financing. When Yossef Vidal decided to move back to Canada to start his own business, he convinced his employer at the time /Cont......

Canada’s customs threshold: out of step and out of pocket

Ahead of next week’s North American Leaders’ Summit, the C.D. Howe Institute is releasing a report Thursday that examines an area of trade policy where Canada is significantly out of step with its North American Free Trade Agreement peers. The report evaluates the economic effects of increasing Canada’s de minimis threshold – the value below which international shipments are exempt from customs processes, duties and taxes.

Originally set three decades ago, Canada’s de minimis is $20 (Canadian), making it one of the lowest in the world, and among the lowest of industrialized countries. Both the United States ($800 U.S.) and Mexico ($300 on postal shipments) have significantly higher thresholds. It should come as no surprise then that the C.D. Howe report clearly shows benefits from increasing the threshold in Canada.


Under every scenario the authors evaluated, they have found that Canadian consumers and small businesses, as well as the federal government, all stand to benefit from even a modest increase in the threshold. Most notably, the authors highlight that it currently costs the federal government close to $170-million to collect roughly $40-million in duties and taxes (including provincial taxes) for shipments valued between $20 and $80. Plainly stated, Canada’s de minimis threshold is a money-losing endeavour for taxpayers.

This trade topic has received attention as of late, with those opposed to a threshold increase arguing that giving consumers and businesses more access to foreign goods will hurt the Canadian retail sector and, consequentially, the overall economy. It’s argued that we must maintain costly border frictions to “protect” Canadian retailers from increased competition. However, given that small, independent retailers figured out long ago how to compete with both domestic and foreign goliaths, the current de minimis mainly protects larger retailers who haven’t updated their business models to address changing consumer demands. If the low de minimis, and associated brokerage fees, provide the only raison d’être for the Canadian arms of multinational retailers, then perhaps it is time that those resources be better deployed. We are a trading country, after all.

Consumer choice and benefits aside, what is also missed in opposing arguments are the frictions and disadvantages the de minimis creates for Canada’s small and medium-sized businesses (SMEs) – the backbone of our diversified economy. In a country of our size, SMEs must seiz