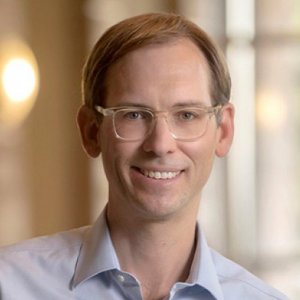 Andrew Campbell is the Executive Director of the Energy Institute at Berkeley Haas. Campbell focuses on increasing the impact of the Energy Institute's innovative research and forging stronger connections between Berkeley and business and policy communities. Campbell has worked in the energy industry for his entire professional career. Prior to coming to Berkeley, he worked for energy efficiency and demand response company Tendril, and grid management technology provider Sentient Energy. Campbell helped both companies navigate the complex energy regulatory environment and tailor their sales and marketing approaches to meet the utility industry's needs. Previously, he was Energy Advisor to two commissioners at the California Public Utilities Commission (CPUC). While at the CPUC Campbell led successful efforts to develop and adopt policies on Smart Grid investment and data access, electric vehicle charging, demand response and dynamic pricing for utilities. Campbell has also worked as an investment banker in Citigroup's Global Energy Group and as a reservoir engineer with ExxonMobil. He earned a Master in Public Policy from the Kennedy School of Government at Harvard University and bachelor’s degrees in chemical engineering and economics from Rice University.

California's first major heat wave of the season is raising concerns about the state's power supply, but Andrew Campbell, executive director of the Energy Institute at Haas, said he didn’t think blackouts were inevitable, although they certainly were possible. "If we get another West-wide heat wave, including the Southwest, Northwest at the same time -- it's possible we could get rolling blackouts,” he said.

Local governments statewide are weighing the value of electricity independence against the steep battery costs for solar microgrids, said Andrew Campbell, executive director of the Energy Institute at Haas. Climate change-fueled natural disasters make a strong case for energy independence for critical facilities, he said, even while the public pushes utilities like PG&E to disaster-proof the wider electrical grid.

Rolling blackouts: What Oaklanders need to know, and what to expect

Andrew Campbell, executive director of the Energy Institute at Haas, acknowledged the hard decisions the California Independent System Operator (CAISO) had to make during the recent rolling blackouts. "The reason they black out some customers is so they can then keep power going to all the others. If supply and demand is out of whack, the whole system can collapse, and that could be very difficult to recover from." Prof. Lucas Davis, who watched as wholesale electricity prices skyrocketed after the blackouts, said customers could shoulder more of the cost burden.

The true impact of COVID-19

In an Energy Institute at Haas Blog post, Executive Director Andrew Campbell says that despite cutbacks across all sectors of the economy, “utilities can continue spending in the face of lost revenues with confidence that they’ll be able to charge customers for the losses in the near-future.” In California, he says, if sales drop due to an economic slowdown, rates are increased in the future to make up the difference.

PG&E inks deal with governor, opening path out of bankruptcy

The COVID-19 pandemic and the approach of court deadlines evidently helped push Pacific Gas and Electric Co. and California Gov. Gavin Newsom (D) into agreement on the besieged utility's future, after months of contentious negotiations.

Andy Campbell, executive director of the Energy Institute at UC Berkeley's Haas School of Business, explores why gas prices have stayed high since 2015, especially at brand-name gas stations. He said many of the reasons are pretty mysterious.

State To Begin Investigation Into Gas Prices In California

What’s more important—creating jobs in the energy sector or creating jobs in the rest of the economy? In some cases, energy transitions can do both, when new energy technology both results in expanding employment within the energy sector and drives economy-wide job growth, as well. But that’s not always the case. In an interesting new post on “green jobs” at the Haas School of Business Energy Institute blog, Andrew Campbell points out that we frequently highlight the jobs created by the growth of clean energy while ignoring those that have been lost.

"Connecting greenhouse gas-reductions to a specific policy is difficult. Since we don’t yet have a good handle on the effectiveness of the policies California has implemented thus far, it’s hard to plan for the future,” said Andrew Campbell, executive director of UC Berkeley’s Energy Institute at Haas...

Andrew Campbell, executive director of the Energy Institute at Haas School of Business at the University of California Berkeley, said it is probably too early to criticize NARUC for not being more transparent; the organization could publish comments after the filing deadline, he said. The group may not be legally obligated take such action, Campbell added, but there is a "reasonable expectation" it would, given that its members are state officials. It would be problematic if state officials were using a group like this to avoid transparency requirements they face at home, Campbell said...

“Setting up a CCA in SDG&E’s service territory just got more expensive,” said Andrew Campbell, executive director of UC Berkeley’s Energy Institute at Haas. “Cities and counties that want to set up a CCA will need to budget more for marketing and information campaigns since SDG&E may be marketing against them...