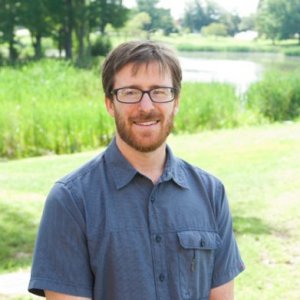 
Andrew Deener is a professor of sociology at the University of Connecticut.

My research focuses on urban inequality, culture, organizations, infrastructure, markets, and the environment, and it combines historical and ethnographic methods. My first book was Venice: A Contested Bohemia in Los Angeles (University of Chicago Press, 2012). I recently completed The Problem with Feeding Cities: The Social Transformation of Infrastructure, Abundance, and Inequality in America (University of Chicago Press, 2020). I am currently writing a book about global urbanism (with Jonathan Wynn), and I am starting a new project about how climate change affects property valuations, risk assessments, and communities. I also write and teach about the logics of qualitative methods and the processes and practices of theorizing in sociology. 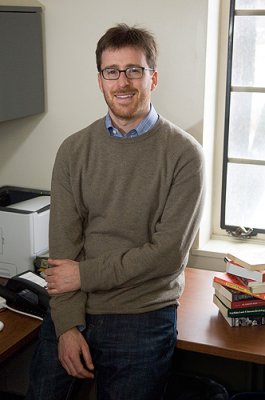 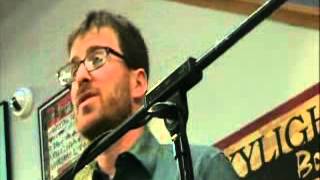 Could Gentrification Save Some Cities?

In the US, academics and urban planners first started extensively talking about and debating gentrification in the 1970s. Between 1950 and 1970, urban manufacturing went overseas and white middle-class city-dwellers moved to the suburbs.

The battle over gentrification is heating up around the US

Over the past few decades, gentrification debates have migrated from the pages of academic journals into the streets and the mainstream press.

Gentrification? Some cities say “bring it”

The gentrification debates should also not blind us to what made New York and San Francisco attractive cities in the first place. The principles of urban activist Jane Jacobs for healthy city life still hold: diverse uses of streets and public places, mixed-use buildings, a variety of economic and commercial opportunities and local excitement about community building.

The Origins of the Food Desert: Urban Inequality as Infrastructural Exclusion

2017 This article develops the concept of infrastructural exclusion as a form of urban inequality through the case of the origins of the food desert in Philadelphia. Infrastructural exclusion refers to the reorganization of spatial and material interdependence into a semi-autonomous and path-dependent force that separates resources from those reliant on them.

The Ecology Of Neighborhood Participation and The Reproduction Of Political Conflict

2016 Building on three years of participant observation and 30 life‐history interviews with activists in the Los Angeles community of Venice, this article introduces an ecological perspective to examine neighborhood participation and the reproduction of political conflict. As the official local space of community politics, the city‐funded Venice Neighborhood Council has experienced dramatic conflict.

2015 Recent public health movements have invoked cultural change to improve health and reduce health disparities. We argue that these cultural discourses have sometimes justified and maintained health inequalities when those with power and authority designated their own social practices as legitimate and healthy while labeling the practices of marginalized groups as illegitimate or unhealthy. This “misrecognition,” which creates seemingly objective knowledge without understanding historical and social conditions, sustains unequal power dynamics and obscures the fact that what is deemed legitimate and healthy can be temporally, geographically, and socially relative.

2008 This article demonstrates how boardwalk artists who arrive at Venice Beach through various biographical channels adapt to an informal market context by learning economic skills that enable them to present themselves as “Venice Beach Artists.” Although the boardwalk market blurs original biographical distinctions between people who come to share the same market identity in the eyes of visitors, individuals also pursue different versions of authentic identity as Venice Beach Artists. Interlinking studies of outsider art, public interaction, and identity transition, I examine how artists forge distinct paths towards the achievement of authentic identity. Some artists create standards of local authenticity by prioritizing their attachment to the context of Venice Beach and immersing themselves into the neighborhood counter culture. Others manufacture cosmopolitan authenticity by prioritizing their attachment to their perceptions of a successful art career.

Commerce as the Structure and Symbol of Neighborhood Life: Reshaping the Meaning of Community in Venice, California

2007 Abbot Kinney Boulevard is a central commercial artery that serves as the structure and symbol of neighborhood life in Venice, a coastal community in Los Angeles. In recent years, the street has become an upscale commercial scene made up of independently owned, small-scale shops and restaurants. New residents and merchants work to preserve this new “anticorporate” commercial culture as an authentic version of community life, labeling its distinct identity as “Brand Venice.” Commerce generates community vitality, but this article raises the question, whose definition of community? The construction of a neighborhood brand has consequences. Building on over 3 years of ethnographic and historical research, this article shows how local actors set Abbot Kinney Boulevard on a course of economic transformation by reshaping the meaning of community in such a way that now excludes long-time, lower-income residents who define the new neighborhood identity as an inauthentic version of Venice community life.