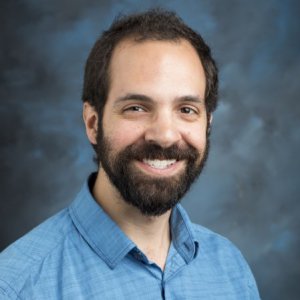 Professor Andrew Forney is a third-generation Lion who completed his B.S. in Computer Science and Psychology at Loyola Marymount University and his M.S. and Ph.D. in Computer Science at UCLA. His research bridges the disciplines of cognitive psychology, artificial intelligence, and experimental design, with an emphasis in causal inference. He is interested in the mechanics of counterfactual reasoning and its applications to human and machine learning, decision-making, and memory. His work in the UCLA Cognitive Systems Laboratory has been published and presented in the flagship AI conferences (NIPS and ICML). Professor Forney’s other interests include pedagogical methods for the sciences and the entanglement of increasingly advanced AI in society. He leads the Applied Cognitive Technologies (ACT) Laboratory at LMU, which provides undergraduates with research experience using state-of-the-art techniques in the domain of artificial intelligence.

Abstract The Multi-Armed Bandit problem constitutes an archetypal setting for sequential decision-making, permeating multiple domains including engineering, business, and medicine. One of the hallmarks of a bandit setting is the agent's capacity to explore its environment through active intervention, which contrasts with the ability to collect passive data by estimating associational relationships between actions and payouts. The existence of unobserved confounders, namely unmeasured variables affecting both the action and the outcome variables, implies that these two data-collection modes will in general not coincide. In this paper, we show that formalizing this distinction has conceptual and algorithmic implications to the bandit setting. The current generation of bandit algorithms implicitly try to maximize rewards based on estimation of the experimental distribution, which we show is not always the best strategy to pursue. Indeed, to achieve low regret in certain realistic classes of bandit problems (namely, in the face of unobserved confounders), both experimental and observational quantities are required by the rational agent. After this realization, we propose an optimization metric (employing both experimental and observational distributions) that bandit agents should pursue, and illustrate its benefits over traditional algorithms.

Abstract The current study involved the first natural language, modified Turing Test in a 3D virtual environment. One hundred participants were given an avatar-guided tour of a virtual clothing store housed in the 3D world of Second Life. In half of the cases, a human research assistant controlled the avatar-guide; in the other half, the avatar-guide was a visually indistinguishable virtual agent or “bot” that employed a chat engine called Discourse, a more robust variant of Artificial Intelligence Markup Language (AIML). Both participants and the human research assistant were blind to variations in the controlling agency of the guide. The results indicated that 78% of participants in the artificial intelligence condition incorrectly judged the bot to be human, significantly exceeding the 50% rate that one would expect by chance alone that is used as the criterion for passage of a modified Turing Test. An analysis of participants׳ decision-making criteria revealed that agency judgments were impacted by both the quality of the AI engine and a number of psychological and contextual factors, including the naivety of participants regarding the possible presence of an intelligent agent, the duration of the trial period, the specificity and structure of the test situation, and the anthropomorphic form and movements of the agent. Thus, passage of the Turing Test is best viewed not as the sole product of advances in artificial intelligence or the operation of psychological and contextual variables, but as a complex process of human–computer interaction.

Proceedings of the 34th International Conference on Machine Learning-Volume 70

Abstract The Multi-Armed Bandit problem with Unobserved Confounders (MABUC) considers decision-making settings where unmeasured variables can influence both the agent's decisions and received rewards (Bareinboim et al., 2015). Recent findings showed that unobserved confounders (UCs) pose a unique challenge to algorithms based on standard randomization (i.e., experimental data); if UCs are naively averaged out, these algorithms behave sub-optimally, possibly incurring infinite regret. In this paper, we show how counterfactual-based decision-making circumvents these problems and leads to a coherent fusion of observational and experimental data. We then demonstrate this new strategy in an enhanced Thompson Sampling bandit player, and support our findings' efficacy with extensive simulations.

The distributed self: Virtual worlds and the future of human identity (pp. 22-36)

Abstract This theoretical work develops two central premises. The first is that human identity, defined as a person’s conception and expression of his or her individuality, is not fixed and immutable but changes in response to revolutionary developments in culture and technology. The second is that we are currently in the early phases of one of these profound techno-cultural transitions: the rise of 3D virtual worlds and the formation of a ubiquitous, photorealistic, seamlessly integrated, and massively scaled metaverse (Dionisio et al., in press) that will dramatically reshape our conception and experience of the self.

A Framework for Empirical Counterfactuals, or for All Intents, a Purpose

Abstract Unobserved confounders (UCs) are factors in a system that affect a treatment and its outcome, but whose states are unknown. When left uncontrolled, UCs present a major obstacle to inferring causal relations from statistical data, which can impede policy making and machine learning. Control of UCs has traditionally been accomplished by randomizing treatments, thus severing any causal influence of the UCs to the treatment assignment, and averaging their effects on the outcome in each randomized group. Although such interventional data can be used to appropriately inform population-level decisions, unit-level decisions are best informed by counterfactual quantities that provide information about the UCs relating to each unit. That said, arbitrary counterfactual computation can be performed in only certain scenarios, or in possession of a fully-specified causal model that requires knowledge of the distribution over UC states.

Abstract The advent of cloud computing and a multi-platform digital environment is giving rise to a new phase of human identity called15 “The Distributed Self.” In this conception, aspects of the self are distributed into a variety of 2D and 3D digital personas with the capacity to reflect any number of combinations of now malleable personality traits. In this way, the source of human identity remains internal and embodied, but the expression or enactment of the self becomes increasingly external, disembodied, and distributed on demand. The Identity Mapping Project (IMP) is an interdisciplinary collaboration between psychology and computer Science designed to empirically investigate the development of distributed forms of identity. Methodologically, it collects a large database of “identity maps”--computerized graphical representations of how active someone is online and how their identity is expressed and distributed across 7 core digital domains: email, blogs/personal websites, social networks, online forums, online dating sites, character based digital games, and virtual worlds. The current paper reports on gender and age differences in online identity based on an initial database of distributed identity profiles.