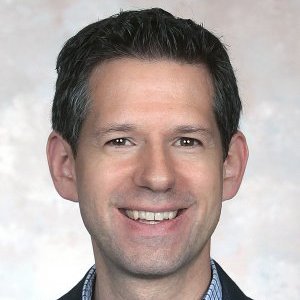 B.A.: Philosophy and English, The University of Iowa 2001

Dr. Andrew McAninch is an assistant professor of philosophy in the Humanities, Social Science, and Communication Department at MSOE. He earned his bachelor's degree in philosophy and English from the University of Iowa and his Ph.D. in philosophy from Indiana University Bloomington.

Prior to joining MSOE in 2016, McAninch was a lecturer in the Department of Philosophy at the University of Pennsylvania, where he was formerly an Andrew W. Mellon Postdoctoral Teaching Fellow in the Humanities. He also served as program director with the Center for Ethics and the Rule of Law (CERL) at the University of Pennsylvania Law School, where he supported research and programming initiatives and directed the day-to-day operations of the Center. He also was a visiting assistant professor at Illinois Wesleyan University.

McAninch works in moral philosophy, broadly construed, and also has interests in areas of applied ethics, epistemology, and philosophy of science. At MSOE, he teaches Ethics for Managers and Engineers, Bioethics, and Philosophy of Mind and AI.

College of Liberal Arts, The University of Iowa

Two Perspectives on the Value of Deliberative Reasoning

What is the Value of Deliberation?

What is the Value of Deliberation?

Evolution and the Value of Deliberative Reasoning

Philosophy of Mind and Artificial Intelligence

Thank You for Your Service Screening

The American Journal of Bioethics

2015 The idea that agents can be active with respect to some of their actions, and passive with respect to others, is a widely held assumption within moral philosophy. But exactly how to characterize these notions is controversial. I argue that an agent is active just in case (A) her action is one whose motive she can truly avow as reason‐giving, or (B) her action is one whose motive she can disavow, provided her disavowal effects appropriate modifications in her future motives. This view maintains a link between activity, reason‐responsiveness, and answerability, while avoiding commitments to an implausible theory of motivation.

Acting for a Reason and Following a Principle

The Philosophy of Animal Minds

2009 One of the earliest issues in cognitive ethology concerned the meaning of animal signals. In the 1970s and 1980s this debate was most active with respect to the question of whether animal alarm calls convey information about the emotional states of animals or whether they “refer” directly to predators in the environment (Seyfarth, Cheney, & Marler 1980; see Radick 2007 for a historical account), but other areas, such as vocalizations about food and social contact, were also widely discussed.