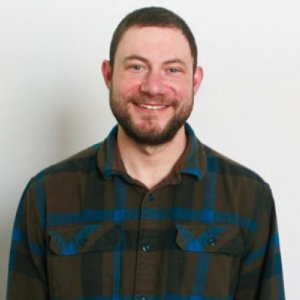 Andy Posner founded Capital Good Fund while getting his Master of Arts in Environmental Studies at Brown University, where he was studying financing mechanisms for clean energy. After reading Banker to the Poor by Dr. Muhammad Yunus, the 'Father of Microfinance' and Founder of Grameen Bank, he quickly realized that equitable financial services could unlock the potential of the poor just as they could do the same for clean energy technologies. At the same time, as the financial crisis of 2008 began to unravel the economy and devastate low-income communities, Andy decided to take action. He created Capital Good Fund with an eye toward using financial services to tackle endemic poverty, first in Rhode Island, and then nationwide.

Andy is a firm adherent of Dr Yunus' dream to put poverty into museums; or, as Andy likes to put it, to put poverty out of business. Andy's work has been featured in Providence Business News, the Providence Journal, the Providence Phoenix, the Federal Reserve Bank of Boston's quarterly publication, the Rhode Island Small Business Journal, CNN and other print, radio and television media.

Andy is a co-founder of Lend for America and a member of its advisory committee. He has published his ideas in the Huffington Post, Treehugger.com and the Stanford Social Innovation Review, to name a few examples. He was also selected as a 2013 American Express Emerging Innovator (one of 45 globally). When pressed to describe himself, he'll say that he is a pragmatic idealist who believes that creative business models, advanced data analytics, and a mix of market and mission-centered forces can lead to dramatic social change. When not at work, Andy likes to blog, write poetry,read and bike ride; in fact, in 2005 rode his bicycle 3,800 miles across the United States.