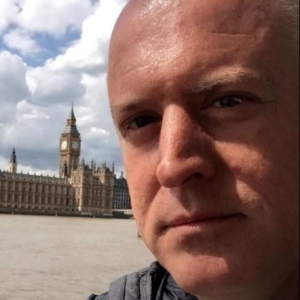 Andrew Reynolds received his B.A.(Hons) from the University of East Anglia, a M.A. from the University of Cape Town and his Ph.D. from the University of California, San Diego. His research and teaching focus on democratization, constitutional design and electoral politics. He is particularly interested in the presence and impact of minorities and marginalized communities. He has worked for the United Nations, the International Institute for Democracy and Electoral Assistance (IDEA), the UK Department for International Development, the US State Department, the National Democratic Institute, the International Republican Institute, the Organization for Security and Cooperation in Europe (OSCE) and the International Foundation for Election Systems. He has also served as a consultant on issues of electoral and constitutional design for Afghanistan, Angola, Burma, Egypt, Fiji, Guyana, Indonesia, Iraq, Jordan, Kenya, Lebanon, Lesotho, Liberia, Libya, Netherlands, Netherlands Antilles, Northern Ireland, Philippines, Sierra Leone, South Africa, Sudan, Syria, Tunisia, Yemen, and Zimbabwe. He has received research awards from the U.S. Institute of Peace, the National Science Foundation, the US Agency for International Development, and the Ford Foundation.

Among his books are: The Arab Spring: Pathways of Repression and Reform (Oxford, 2015) with Jason Brownlee and Tarek Masoud, Designing Democracy in a Dangerous World (Oxford, 2011), The Architecture of Democracy: Constitutional Design, Conflict Management, and Democracy (Oxford, 2002), Electoral Systems and Democratization in Southern Africa (Oxford, 1999), Election 99 South Africa: From Mandela to Mbeki (St. Martin’s, 1999), and Elections and Conflict Management in Africa (USIP, 1998), co-edited with T. Sisk. In 2012 he embarked on a multi year research project to study the impact of LGBT national parliamentarians on public policy around the world. His new book is The Children of Harvey Milk: How LGBTQ Politicians Changed the World (2018).

Awarded the 2013 Tanner Award for Excellence in Undergraduate Teaching at the University of
North Carolina, Chapel Hill ($7,500)

Awarded a University of California, San Diego ‘Excellence in Teaching Award’ for 1994-1995

Open And Out In Office

Andrew Reynolds talks with host Frank Stasio about his new book, "The Children of Harvey Milk: How LGBTQ Politicians Changed the World."

Will there be a ‘rainbow wave’? 4 things to know about LGBTQ candidates running for office this year.

Many observers now expect a “blue wave” and a “pink wave”’ to wash over the 2018 U.S. elections. Some analysts are also predicting a possible “rainbow wave” of victorious candidates who identify as LGBTQ. While a rainbow wave may reach further up the beach than ever before, it will hardly be an LGBTQ tsunami. And, while the number of visibly LGBTQ candidates is rising, antigay and antitrans attitudes, while diminishing, still make it harder for such candidates to win.

Britain’s Parliament might be the most LGBT in the world

Of the 650 members of Britain's House of Commons, 34 are openly LGBT — about 5.2 percent of the total. According to research by the LGBT Representation and Rights Research Initiative at the University of North Carolina, it may be the most LGBT legislature in the world.

Last week, Tamara Adrián became the first transgender person elected to office in Venezuela, and the second trans person elected to national office in South America. She becomes only the fifth transgender person ever elected to a national office, following Georgina Beyer of New Zealand, Anna Grodzka of Poland, Vladimir Luxuria of Italy and Michelle Suarez of Uruguay. Petra de Sutter joined the Belgian Senate in 2014, but she was appointed and not elected...

Stories From The Arab Spring

UNC political science professor Andy Reynolds is one of the world’s leading experts in governmental and electoral design. During his graduate school years in post-Apartheid South Africa, Reynolds advised writers of the constitution...

The invisibility of transgender people in electoral politics around the world

A new report has found that there are only twenty transgender elected officials currently in office at any level across the globe.

LGBT MPs and Candidates in the British General Election May 2015: The State of Play

Marriage equality was one of the defining issues of the last British parliament and came at the end of a decade of rapid progress in gay rights both legally and culturally. Arguably, the legalization of same sex marriage, against significant opposition in his own party, was Prime Minister David Cameron’s finest moment. Cameron also promoted a cadre of modernist MPs in 2010 which led to more openly gay and lesbian Conservative MPs (13) than all other parties. The representation of gay leaders in public office had come a very long way since Chris Smith’s groundbreaking coming out, when a Labour MP, in 1984.

In recent years Britain has led the way in the visible inclusion of out LGBT politicians. Of the 214 out MPs around the world elected since the first, Coos Huijsen in the Netherlands in 1976, Britain has claimed 36 of them. The 26 sitting in parliament at the time of dissolution in April 2015 represented the highest number in the world.

The House of Commons has more gay MPs than any other parliament in the world, it has been found.

Four years and three drafts later, UNC political science professor Andrew Reynolds is publishing “The Arab Spring: Pathways of Repression and Reform.” Reynolds wrote the book with Jason Brownlee of the University of Texas at Austin and Tarek Masoud of Harvard University. Staff writer Jun Chou sat down with Reynolds to talk about his book...

A framework for the systematic study of election quality Democratization

This article offers the beginnings of a methodology for assessing the quality of a national election, its freeness, fairness and administrative efficacy. The historical lack of a comprehensive framework of analysis has compelled election observers to make ...

The impact of election administration on the legitimacy of emerging democracies: A new comparative politics research agenda Commonwealth and Comparative Politics

This article seeks to push the development of a new sub-field of research in the field of democratisation and institutional design, namely the relationship between the institutionalisation of electoral politics-including the administration of elections-and the ...

Women in the legislatures and executives of the world: Knocking at the highest glass ceiling World Politics

ABSTRACT: This article reports the results of a survey of women in legislatures and executives around the world as they were constituted in 1998 (N= 180). The chief hypotheses regarding the factors hindering or facilitating women's access to political representation were tested ...

The flurry of democratization that the world has seen since the late 1980s has engendered a running debate--some of it conducted in the pages of this journal--about how fledgling democracies can best design constitutions that give rise to political harmony and stability. ...

The Case for Proportionality Journal of Democracy

In "Elections in Agrarian Societies" (pp. 106-16 above), Joel Barkan offers a strong challenge to the newly emerging conventional wisdom that proportional representation (PR) is the best electoral formula for the fledgling--and often highly divided--democracies of Africa. First, ...