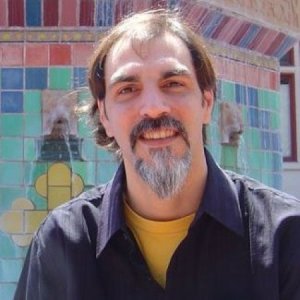 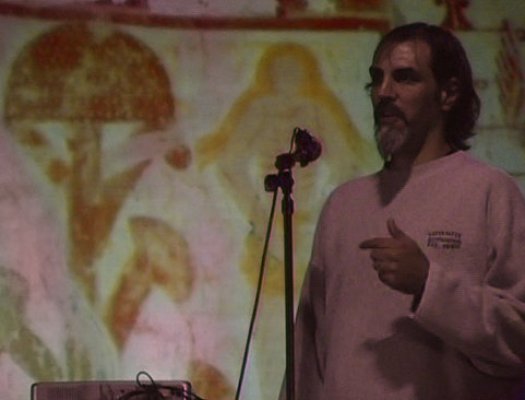 Andrew Rutajit delves deep into Judeo-Christian symbolism and mythology to unveil the entheogenic and astrotheological origins of Christianity. Utilizing more than 600 slides and several short videos, Andrew reveals numerous symbols encoded in Christian art, ritual, and tradition.
•••
Ever since childhood, Andrew has felt a strong desire to understand the origins of Christianity. Having been practically raised in a Lutheran church; the path to become a Lutheran pastor was suddenly in his rear-view mirror when he discovered shamanism and set his sights on the ancient mysteries. Andrew’s continuous study of religion, the occult, shamanism, and astrotheology has led to the new edition of his book, “The Vestibule”, with the subtitle, “Confessions of a Hierophant”. A common and well accepted definition of hierophant is an interpreter of sacred mysteries and arcane principles. This definition fits Andrew perfectly.
•••
Andrew’s books and lectures are explorations into religion’s greatest myths, legends, and rituals through the lens of Shamanism. His unique perspective sheds new light on many sacred mysteries that have baffled theologians for millenia. Andrew’s “Confessions of a Hierophant” book and three-hour lecture are both true initiations.

Confessions of a Hierophant

Confessions of a Hierophant   Dallas, Texas