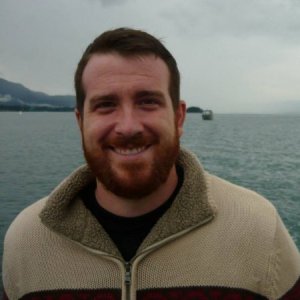 I earned a Ph.D. from The Ohio State University in 2015 which focused on management strategies in wildlife populations. I use veterinary, ecological, and computer modeling focused strategies to tackle complex problems. I've worked in urban populations in India and the US while also advising on projects elsewhere around the world. Through my experiences with agent-based modeling, I've helped to create open-source projects that span the fields of veterinary medicine, ecology, mathematics, anthropology, and economics.


In addition to my academic research, I have taught many courses ranging from Introductory Biology to Human and Animal Physiology. I tremendously enjoy teaching.

Manatees slowly graze underwater in the wild, but very near the surface. They subsist on water grasses, weeds and algae to maintain their massive bodies, and on average, an adult manatee weighs between 800 and 1,200 pounds and can reach 8 to 10 feet in length.

Pastoralists who depend on their herds for their livelihoods need a minimum number of animals to support their household. Due to the dynamics of herd growth, pastoralists may find themselves at times below that minimum number. Previous studies have shown that there is a herd-size threshold below which households are unlikely to escape poverty. We explore the concept of a herd-size threshold using an agent-based model to examine the role of scale and stochasticity in family herd dynamics. The model was parametrized with data from the literature. The results from the computer simulations show (1) that offtake rates significantly limit herd growth; and (2) that herd-size threshold is better understood as a range of probabilities. We discuss the methodological and conceptual advantages of using agent-based modeling to examine demographic dynamics, including the possibility of conducting multiple experiments in silico to examine the dynamics of herd growth.

Urban free-roaming dog populations in the developing world are managed by a patchwork of local veterinary practitioners, government programs, and non-governmental organizations with varied effectiveness. While lethal removal is still commonly practiced, vaccination and fertility control methods are increasingly being adopted. Identifying which method(s) provides the most cost effective management is needed to inform dog population managers who seek to limit conflicts like dog bites, the spread of disease, and predation on wildlife. Here we describe an agent-based model that simulates the population of free-roaming dogs in Jaipur, a northwestern Indian city. We then apply various lethal and fertility control methodologies to identify which most effectively lowered the dog population size. This spatially explicit model includes temporal and demographic details of street dog populations modeled after data from the study city. We tested each pairing of control type (lethal or fertility) with search method (how to target efforts) to see their efficacy at altering the city’s dog population size, age structure, sterilization coverage, as well as the number of dogs handled. Models were run for 15 years to assess the long term effects of intervention. We found that the fertility control method that targets areas of the city with the highest percentage of intact bitches outperforms all other fertility control and lethal removal programs at reducing the population size while sterilizing a significantly higher proportion of the population. All lethal program methods skewed population demographics towards significantly younger dogs, thus likely increasing the frequency of conflict with humans. This work demonstrates the benefits of modeling differing management policies in free-roaming dogs.

In many areas, wildlife populations have increased substantially in their local density because of a loss of natural controls or some artificially supplemented resource. These populations are often managed to avoid harmful effects on other wildlife species and human-wildlife conflicts. Many species are managed using lethal population reduction, but in those that are resistant to these means or where the method is unpalatable due to public concern, fertility control is becoming increasingly common. This method seeks to reduce the population size of some target problem species by capturing, sterilizing, and releasing individuals back into their habitat. Fertility control is often paired with vaccination programs because each has synergistic effects. Sterilization reduces the population size, making it easier to achieve a higher vaccination proportions for herd immunity. However, these programs have uncertain effects on both the basic biology, population demographics, and disease epidemiology. The current literature makes strongly countered species-specific conclusions. It is also unclear if fertility control is an effective method at reducing the population size in an economically viable way, compared to lethal removal.