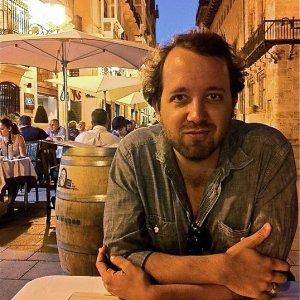 
Telling better stories and inspiring others to come along.

Born with the gift of gab, raised with an overdeveloped self esteem, Andy Ellwood has found the greatest joy in his career working with Good People and executing on a common vision. In his current role as Director of Business Development for Gowalla, he has been responsible for creating global brand partnerships including Disney, CNN, Sundance Film Festival, and National Geographic.

A native of Dallas, TX, he attended Texas A&M and received his degree in Corporate Finance. After achieving national recognition for his work at Northwestern Mutual, Andy spent a number of years in luxury travel sales and most recently worked as Vice President of Sales for Marquis Jet.

Andy lives in New York and thrives on the city that doesn’t sleep. A sought after speaker and contributor to a variety of publications, the best way to keep track of where his latest adventures is on www.andyellwood.com. Even though he doesn’t slow down much, when he does he enjoys black coffee, sporting a pocket square, seeking out breakfast tacos, and doting on his girlfriend Annie.

Every piece of digital content we send is telling a story. Unfortunately, most of those stories look a lot more like ads, coupons, and electronic spam. Tell better stories and inspire the world to join the narrative that you are crafting.