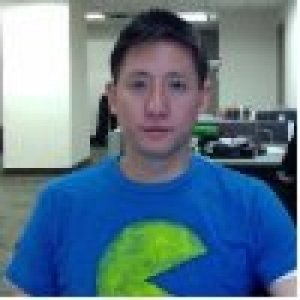 Andy has spent the last twelve years in and around technology as an investor (angel and institutional), banker, consultant, advisor, and working in industry. Most recently, he was a venture capitalist at the BlackBerry Partners Fund focused on sourcing and executing early stage investments. Andy also supported the fund’s investments and was an active Board Observer on Fuse Powered, mDialog, Padopolis and ClearFit.

As a native Californian, Andy worked at two leading Silicon Valley commerce companies. At Netflix, Andy analyzed the company’s impending transition to AWS, forecasted the PlayStation 3 and Canadian launches, and compared CDN providers. During his time at Chegg, Andy helped the company scale up during rush times specifically for Customer Service initiatives.

Prior to these experiences, Andy was an Investment Banking Associate at Thomas Weisel Partners and Goldman Sachs in the TMT coverage groups. Andy started his career at Accenture, deployed to the financial services industry helping mortgage banks and insurance companies with IT Strategy, Design & Implementation. He also spent six months in Calcutta on a secondment that established a microfinance training institution called Reach India.

Andy is passionate about technology, ecommerce, subscription business models, and working with passionate entrepreneurs. He’s been a judge at local Toronto tech events such as Startup Weekend Toronto, Ryerson DMZ ICE, AccelerateTO, and many others.

Extreme Startups is a premier tech accelerator located in Toronto, Ontario. We provide up to $200,000 per company, a collaborative environment, and deep access with companies so that accepted startups can integrate the tools they need from the ground up. Extreme Startups is the epicenter of innovation in Toronto and is dedicated to providing everything it takes to see its startups succeed!

The Young Private Capitalists (YPC), a committee of Canada’s Venture Capital & Private Equity Association (CVCA), is dedicated to fostering relationships among the next generation of professionals working in all aspects of venture capital and private equity investing in Canada. Our goal is to organize numerous networking events that will attract representation from a cross-section of Canada’s most elite firms.

Startup Weekend Toronto is a community building startup event. Participants get together with local developers, marketers, designers, and enthusiasts, and start companies in just 54 hours. The Startup Weekend movement here in Toronto has continued to grow with the last three events generating a ton of excitement and many compelling startups that are still going strong.

University of California at Berkeley: Bachelor of Science, Civil Engineering

Tales from the Trenches. Stories from Startups

Intro to the Toronto Startup Community

Tales from the Trenches. Stories from Startups

So, what’s involved in running a startup? How do you operate the business? What’s involved in developing products and services? What are some of the key considerations when hiring employees? What are the most important things when a startup looks to raise money or gets an acquisition offer. Andy will provide real-world insight into the startup world.