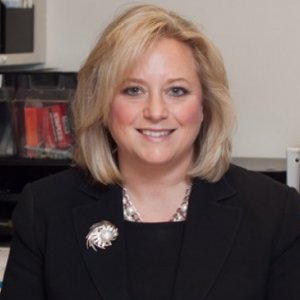 
Dr. Kashuba is an associate professor of pharmacy at the University of North Carolina-Chapel Hill . 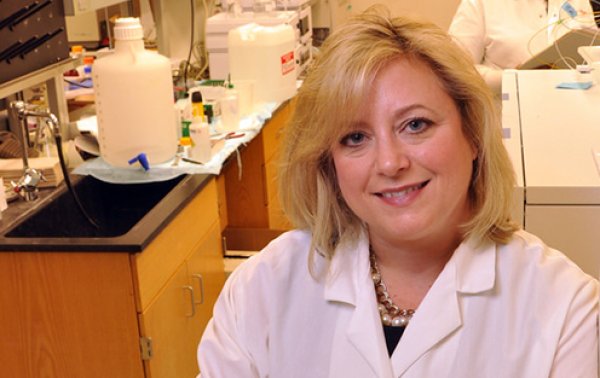 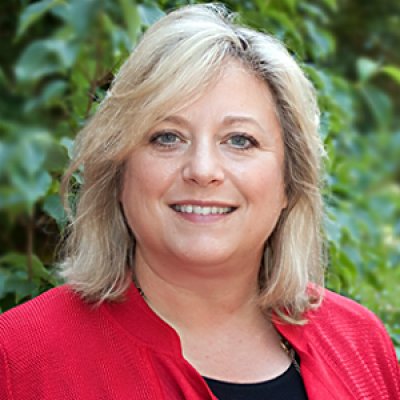 After obtaining her Bachelor of Science in pharmacy at the University of Toronto, Angela Kashuba, Pharm.D., completed a general practice residency at Women’s College Hospital, and practiced as a critical care pharmacist at Mount Sinai Hospital, in Toronto, Ontario. Kashuba received her Pharm.D. from the State University of New York at Buffalo and completed postdoctoral pharmacology training at the Clinical Pharmacology Research Center at Bassett Healthcare in Cooperstown, New York.

Kashuba joined the UNC-Chapel Hill faculty in 1997. She was named the John and Deborah McNeill, Jr. Distinguished Professor in 2013 and appointed chair of the Division of Pharmacotherapy and Experimental Therapeutics in 2015. She serves as director of the UNC Center for AIDS Research Clinical Pharmacology and Analytical Chemistry Core, and director of the Analytical Chemistry Laboratory for the Verne S. Caviness General Clinical Research Center. She is a diplomat of the American Board of Clinical Pharmacology.

“The BLT model represents a platform in which virtually any novel approach to HIV eradication can be tested,” Garcia said. “It helps us prioritize which therapeutic approaches should be advanced to clinical implementation in humans. This study shows that it’s possible to attack and kill hidden HIV-infected cells that standard therapy can’t touch.” Other UNC authors of the PloS Pathogens paper include Paul Denton, PhD; Nancie Archin, PhD, Shailesh Choudhary, PhD, and David Margolis, MD all in the UNC School of Medicine; Michael Hudgens, PhD, in the UNC Gillings School of Global Public Health; and Angela Kashuba, PharmD, in the UNC Eshelman School of Pharmacy...

When prophecy fails: How to better predict success in HIV prevention clinical trials

The new UNC study looked at drug concentrations in the mucus membrane tissues that are most susceptible to HIV infection: the tissue lining the vagina, cervix and rectum. The study was led by Angela D.M. Kashuba, PharmD, professor in the UNC Eshelman School of Pharmacy and director of the UNC Center for AIDS Research Clinical Pharmacology and Analytic Chemistry Core. She also is a member of the UNC Institute for Global Health & Infectious Diseases...

2015 ABSTRACT: The male genital tract is a potential site of viral persistence. Therefore, adequate concentrations of antiretrovirals are required to eliminate HIV replication in the genital tract. Despite higher zidovudine (ZDV) and lamivudine (3TC) concentrations in seminal plasma (SP) than in blood plasma (BP) (SP/BP drug concentration ratios of 2.3 and 6.7, respectively), we have previously reported lower relative intracellular concentrations of their active metabolites, zidovudine triphosphate (ZDV-TP) and lamivudine triphosphate (3TC-TP), in seminal mononuclear cells (SMCs) than in peripheral blood mononuclear cells (PBMCs) (SMC/PBMC drug concentration ratios of 0.36 and 1.0, respectively). Here, we use population pharmacokinetic (PK) modeling-based methods to simultaneously describe parent and intracellular metabolite PK in blood, semen, and PBMCs and SMCs. From this model, the time to steady state in each matrix was estimated, and the results indicate that the PK of 3TC-TP and ZDV-TP in PBMCs are different from the PK of the two in SMCs and different for the two triphosphates. We found that steady-state conditions in PBMCs were achieved within 2 days for ZDV-TP and 3 days for 3TC-TP. However, steady-state conditions in SMCs were achieved within 2 days for ZDV-TP and 2 weeks for 3TC-TP. Despite this, or perhaps because of it, ZDV-TP in SMCs does not achieve the surrogate 50% inhibitory concentration (IC50) (as established for PBMCs, assuming SMC IC50 = PBMC IC50) at the standard 300-mg twice-daily dosing. Mechanistic studies are needed to understand these differences and to explore intracellular metabolite behavior in SMCs for other nucleoside analogues used in HIV prevention, treatment, and cure.

2012 ABSTRACT: Recent studies have shown that daily oral preexposure prophylaxis with 300 mg of tenofovir disoproxil fumarate (TDF), an oral prodrug of tenofovir, alone or in combination with 200 mg of emtricitabine (FTC) (TDF–FTC [Truvada], Gilead Sciences) can reduce the risk of sexually acquired human immunodeficiency virus (HIV) infection in men and women. Consequently, an advisory committee of the Food and Drug Administration recently recommended that the label indications for Truvada be changed to include HIV prevention. We report the primary results of the Preexposure Prophylaxis Trial for HIV Prevention among African Women (FEM-PrEP), a randomized, double-blind, placebo-controlled trial of once-daily oral TDF–FTC among high-risk women in Africa. The study was stopped early, on April 18, 2011, because of a lack of efficacy.

Evaluation of the genetic component of variability in CYP3A4 activity: a repeated drug administration method

2000 ABSTRACT: The CYP3A4 enzyme contributes to the disposition of more than 60 therapeutically important drugs and displays marked person-to-person variability of the catalytic function. However, the extent of genetic contribution to variability in CYP3A4 activity remains elusive. Recently, we showed that a comparison of between- (SDb2) and within-person (SDw2) variances provides an estimate of the genetic component of variability in drug disposition...

1999 ABSTRACT: Nosocomial pneumonia is a notable cause of morbidity and mortality and leads to increases in lengths of hospital stays and institutional expenditures. Aminoglycosides are used to treat patients with these infections, but few data on the doses and schedules required to achieve optimal therapeutic outcomes exist...

1999 ABSTRACT: The majority of human immunodeficiency virus type 1 (HIV-1) infections result from seminal transmission. The size of the viral innoculum in seminal fluid is likely the major determinant of transmissibility. Current HIV prevention strategies include comprehensive population interventions promoting condom use, early diagnosis and treatment of sexually transmitted diseases, and education programs to decrease the rate of sexual-partner change and other high-risk sexual behavior...