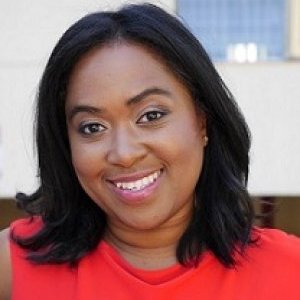 Angela Marie Hutchinson is an artisticpreneur with a robust media portfolio. With 15 years of industry experience, Hutchinson has worked for MGM, Warner Bros. Television and the GRAMMYs. She earned a B.S.E. in Industrial & Operations Engineering from the University of Michigan and a Cross-Media Journalism certificate from USC.
Hutchinson has produced original content in film, TV, music, literary and digital. In 2016, she directed and produced the PBS documentary, “H.U.S.H.,” about Hollywood’s Uncovered SexualHarassment. Hutchinson has authored six books, including a comedic adventure memoir, "BReaKiNG iNTo HoLLyWooD," and four children's picture books. Her first eBook, “DBA:Doing Business As,” was named by Rolling Out magazine as “the go-to guide for entrepreneurs to launch a business in 24 hours.” Hutchinson has been featured in several publications as a power player breaking barriers and empowering professionals to achieve their dreams. She recently gave a TEDx Talk, “Create Your Own Yes, When You Keep Hearing No.”
In 2005, Hutchinson founded BReaKiNG iNTo HoLLyWooD, a 501(c)(3) non-profit organization that helps entertainment professionals pursue their careers. As a former Los Angeles City Official, Hutchinson maintains an active role in her community. In her leisure time, Hutchinson enjoys rollerblading and spending time with her rocket scientist husband of 14 years and their three young children.