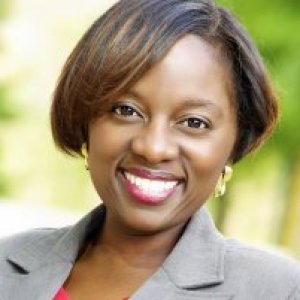 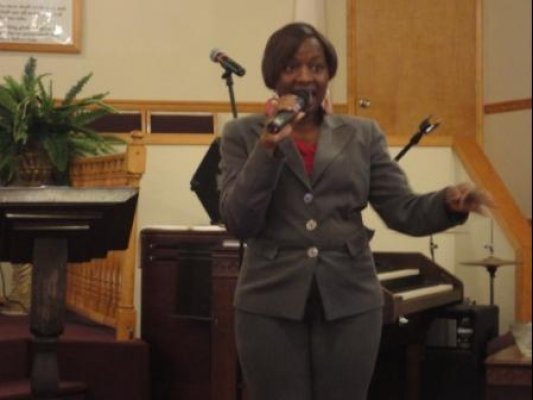 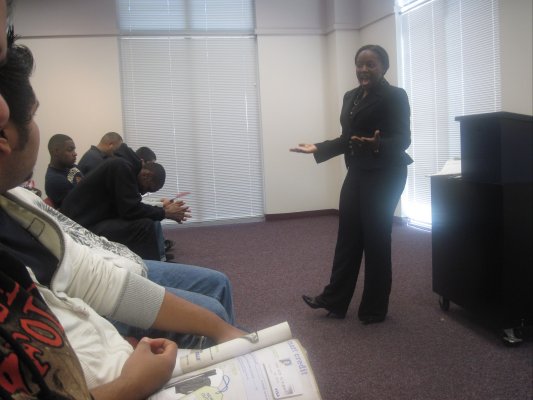 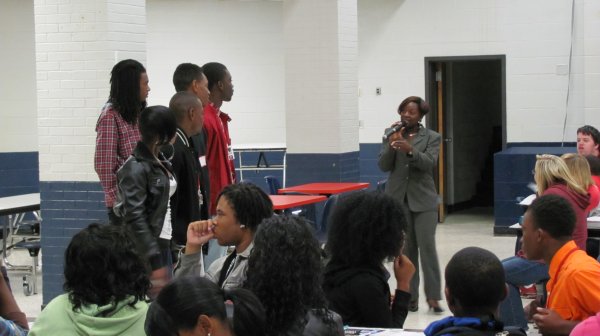 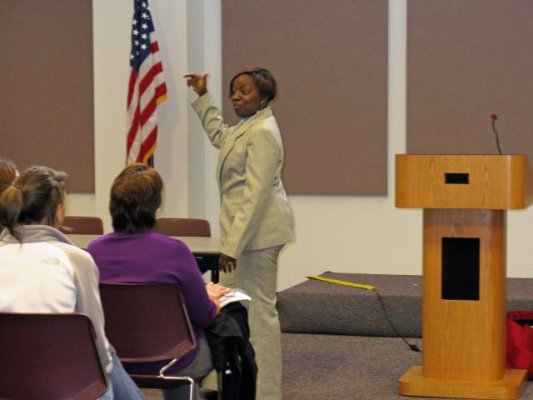 Angela Ray is an award winning speaker, actress, and author. Her film and television credits include Tyler Perry’s Love Thy Neighbor, One Tree Hill, Dawson’s Creek, and Louis, where she played the role of Louis Armstrong’s mother. She is the author of the books Rays of Motivation™, Blackberry Whispers, Rehearsing for the Leading Role: Lessons I Learned as an Actress That Can Help You Become a Megastar Student Leader, and contributing author to the anthologies, Gumbo for the Soul and Delta Girls: Stories of Sisterhood.

A native of Fayetteville, North Carolina she has always had a propensity for speaking. She was the first Black student to represent the state of North Carolina in the National Civic Oration Contest. A former speaker trainer for Monster.com, Angela is an honors graduate of the University of North Carolina at Chapel Hill with a degree in Radio, Television, Motion Pictures and Speech Communication.

Regarded as a powerful motivational speaker for high school and college students as well as an authority on women’s empowerment, she equips audiences by teaching on leadership through communication. As the creator of the Mahogany Dime Awards—which celebrates the achievements of African American women across the state of North Carolina—the city of Durham presented her with a key to the city.

Today in addition to traversing the globe as a highly requested keynote speaker, Angela helps small business owners develop their voice on stage as speakers and on the page as writers. She serves on the Board of Directors of the Banks Foundation, is a Life Member of the General Alumni Association of the University of North Carolina at Chapel Hill, and is a Diamond Life Member of Delta Sigma Theta Sorority, Inc.

Women Who Remedy the World (professional)

Recognized as the November 2011 recipient of the "Women Who Remedy the World" honor from The Remedy Spa and Salon.

Received a Proclamation from the Mayor of Durham, stating that March 12, 2005 was "Mahogany Dime Day" in the city.

Key to the City of Durham, NC (professional)

Received a key to the City of Durham as the Founder of the Mahogany Dime Awards.

Received a Town Medallion at the "Women of Hope on the Move" Conference from the Town of Lumber Bridge, NC

The University of North Carolina at Chapel Hill: B. A., Radio, Television, Motion Pictures and Speech Communication

"Thank you for your presentation to the students at the Emily K Center. Not only did you impart information that they were eager to hear, you did so in a captivating and enthusiastic way. I hope that your exceptional abilities as a speaker set an example for them as they prepare for presentations….”

“Her (Angela) ability to connect with the audience left everyone speechless. I would gladly hire again.”

“Angela Ray is a gift …..Astonishing versatility…..What a mark she is making on the future.”

"Thank you for taking the time out of your schedule to travel to our Breakfast for M'Lady of the Oxford-Henderson Alumnae Chapter of Delta Sigma Theta Sorority, Inc.... Your wonderful performance will remain in our hearts and minds."

“Angela delivers her magical gift. She is smooth, real and understands how to entertain while delivering a great message.”

“Angela's charisma and charm elevates all occasions—large or small. She's masterful at "reading" an audience and her public speaking abilities take events to a whole new level. She is truly an event planner's dream!"

A Mahogany Dime in the Making

In this interactive program, participants will learn how the elements of appearance, behavior and communication all work together to speak to potential associates more than the words they use.

In this powerful program, participants will discover inspirational stories, practical advice, and proven tips for achieving the ultimate role in college, business, and careers.

Beyond Free Chicken Wings and Meatballs is an interactive program with a real world approach to networking. This high energy workshop provides participants with a wealth of information on how to network like the professionals.