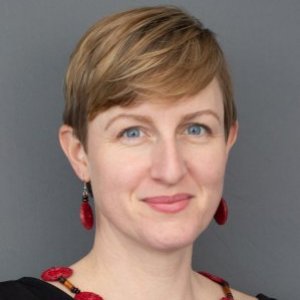 
Stuesse can discuss immigrant labor in the South and particularly the Mississippi poultry industry. 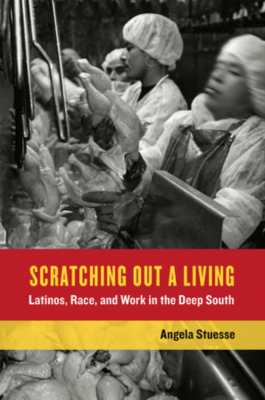 Angela Stuesse is an associate professor of anthropology at UNC-Chapel Hill who can discuss immigrant labor in the South and particularly the Mississippi poultry industry.

She is broadly interested in social inequality, and her research and teaching interests include neoliberal globalization, migration, race, labor, human rights, and methodologies of activist research. Her first book (University of California Press 2016), Scratching Out a Living: Latinos, Race, and Work in the Deep South, explores how new Latino migration into Mississippi’s poultry industry has impacted communities and prospects for worker organizing. It is based on six years of activist research engagement with poultry workers and their allies. Her more recent work investigates the intensification of immigrant policing in Atlanta, Georgia with an emphasis on racialized effects and community responses, and the experiences of undocumented young people in higher education.

She has conducted research in the U.S.-Mexico borderlands and in the newer borderlands of the U.S. South.

Prior to UNC-Chapel Hill, she held academic appointments at UCLA, the Ohio State University, and the University of South Florida. She has published in the journals American Anthropologist, Antipode, City & Society, Latino Studies, Southern Spaces, and Human Organization, among others.

Life after an ICE Raid

The division of labor in Morton's chicken industry has been racialized ever since B.C. Rogers opened the first poultry business here in 1932. What began as a hen-and-egg operation grew grew to include a slaughter plant in 1949. According to Angela Stuesse, author of Scratching Out a Living: Latinos, Work and Race in the Deep South, prior to World War II the plants were likely staffed by white men. More white women began to work the lines during the war, but the B.C. Rogers plant remained almost entirely white through the 70s, with Klan in management positions. B.C.’s daughter, Martha Rogers, said she can’t remember when the plant integrated. She thinks maybe it was around 1972, the year her father died. She doesn’t recall any pushback due to integration.

Undocumented But In Demand: Immigration And Labor In America

Americans want solutions to undocumented immigration, and we want to keep our economy humming along.

How do we reconcile these two issues, especially when our economy keeps humming partly because undocumented immigrants work here?

To answer these questions, we spoke with Alexia Fernandez Campbell, a reporter covering labor issues at Vox; Angela Stuesse, a professor of anthropology at the University of North Carolina...

A History Of Hispanic Immigrants In Mississippi's Poultry Industry

NPR's Michel Martin speaks with anthropologist Angela Stuesse about the use of immigrant labor in poultry farms in the South.

"... People stay in this work because it's one of the few options that they have. The folks that I knew who put down roots in Mississippi - or who I know who've put down roots in Mississippi say that they have stayed in Mississippi, particularly, because it's a tranquil place to live and to raise children. They feel like it's calm compared to maybe more urban spaces that they've been. They've felt largely welcome and have been able to sort of live their lives under the radar, feed their families and hope to get ahead."

"Cutting chicken into pieces was dirty work, but it paid the bills and allowed them to buy a modest 1,300-square-foot brick ranch home that they squeezed into with two uncles, an aunt and cousin Sandra.

They were not the first Latin American immigrants to move to Morton, founded as a stagecoach town just a few years before the Civil War. In 1994, the poultry plant, which was then locally owned and trying to tamp down union organizing among African American workers, sent recruiters to Miami in search of immigrants who would be more accepting of low pay and poor work conditions.

After advertising in Cuban stores and local newspapers, the company sent busloads of immigrants on Greyhound buses and offered them housing in dilapidated trailers, according to Angela Stuesse, author of “Scratching Out a Living: Latinos, Race, and Work in the Deep South.” Gradually, word of mouth attracted waves of immigrants from Cuba, the Dominican Republic, Nicaragua, Uruguay and Guatemala.

Mississippi is now the nation’s fifth-largest chicken-producing state. But the future of the economy is now in question."

"... One company, since acquired by Koch Foods, dubbed the campaign the “Hispanic Project,” which resulted in a 1,000 percent increase in Scott County’s Latino population, where two of the raided plants are located, in a decade.

Angela Stuesse, a University of North Carolina at Chapel Hill professor who researched the Hispanic Project, said the undocumented immigrants who have worked at these plants long term stayed because they felt safe from crime and from ICE.

'The last 20 to 30 years has led to a real diversification of where immigrants go to find work,” she said. “It’s increasingly not in the traditional receiving communities in urban areas.'"

"But whatever triggered the raid, it could have long-term effects on the labor pool. In some places raids have led immigrants to move away. And if they stay, Stuesse said raids tend to keep immigrants terrified of advocating for better wages and working conditions.

“It tells immigrant workers that if they speak up, their worst fears will come true,” she said."

Mississippi small towns transformed with growth of immigrant community
From 1990 to 2000, the Latino population increased by more than 1,000 percent in Scott County, which researchers Angela Stuesse and Lauren Helton call the "home of Mississippi's Poultry industry." It again roughly doubled between 2000 and current day, according to data from the U.S. Census Bureau.

The poultry industry recruited them. Now ICE raids are devastating their communities. The Washington Post

"The prominence of Latinos in Mississippi’s chicken plants and communities today was not accidental. It was calculated, strategic and intimately related to deeply rooted structures of labor exploitation in the region. Beginning in the 1990s, Latin American immigrants were recruited to the state by the poultry industry, where they arrived to work in some of the lowest-paid and most dangerous jobs in the country. This week’s raids target deeply rooted workers and families and leave behind a devastated community, while also terrorizing many others across the country."