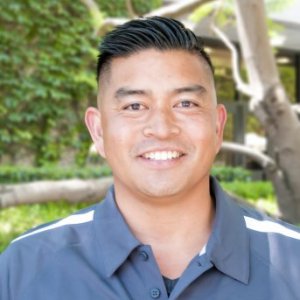 
Angel P. Tabancay Jr. is an expert in microbiology, immunology, and molecular genetics.

DNA replication in a chromatin context

2006 There has been remarkable progress in the last 20 years in defining the molecular mechanisms that regulate initiation of DNA synthesis in eukaryotic cells. Replication origins in the DNA nucleate the ordered assembly of protein factors to form a prereplication complex (preRC) that is poised for DNA synthesis. Transition of the preRC to an active initiation complex is regulated by cyclin-dependent kinases and other signaling molecules, which promote further protein assembly and activate the mini chromosome maintenance helicase. We will review these mechanisms and describe the state of knowledge about the proteins involved. However, we will also consider an additional layer of complexity. The DNA in the cell is packaged with histone proteins into chromatin. Chromatin structure provides an additional layer of heritable information with associated epigenetic modifications. Thus, we will begin by describing chromatin structure, and how the cell generally controls access to the DNA. Access to the DNA requires active chromatin remodeling, specific histone modifications, and regulated histone deposition. Studies in transcription have revealed a variety of mechanisms that regulate DNA access, and some of these are likely to be shared with DNA replication. We will briefly describe heterochromatin as a model for an epigenetically inherited chromatin state. Next, we will describe the mechanisms of replication initiation and how these are affected by constraints of chromatin. Finally, chromatin must be reassembled with appropriate modifications following passage of the replication fork, and our third major topic will be the reassembly of chromatin and its associated epigenetic marks. Thus, in this chapter, we seek to bring together the studies of replication initiation and the studies of chromatin into a single holistic narrative.

Identification of dominant negative mutants of Rheb GTPase and their use to implicate the involvement of human Rheb in the activation of p70S6K.

2003 Rheb GTPases represent a unique family of the Ras superfamily of G-proteins. Studies on Rheb in Schizosaccharomyces pombe and Drosophila have shown that this small GTPase is essential and is involved in cell growth and cell cycle progression. The Drosophila studies also raised the possibility that Rheb is involved in the TOR/S6K signaling pathway. In this paper, we first report identification of dominant negative mutants of S. pombe Rheb (SpRheb). Screens of a randomly mutagenized SpRheb library yielded a mutant, SpRhebD60V, whose expression in S. pombe results in growth inhibition, G1 arrest, and induction of fnx1+, a gene whose expression is induced by the disruption of Rheb. Alteration of the Asp-60 residue to all possible amino acids by site-directed mutagenesis led to the identification of two particularly strong dominant negative mutants, D60I and D60K. Characterization of these dominant negative mutant proteins revealed that D60V and D60I exhibit preferential binding of GDP, while D60K lost the ability to bind both GTP and GDP. A possible use of the dominant negative mutants in the study of mammalian Rheb was explored by introducing dominant negative mutations into human Rheb. We show that transient expression of the wild type Rheb1 or Rheb2 causes activation of p70S6K, while expression of Rheb1D60K mutant results in inhibition of basal level activity of p70S6K. In addition, Rheb1D60K and Rheb1D60V mutants blocked nutrient- or serum-induced activation of p70S6K. This provides critical evidence that Rheb plays a role in the mTOR/S6K pathway in mammalian cells.

Identification of novel single amino acid changes that result in hyperactivation of the unique GTPase, Rheb, in fission yeast

2005 Rheb GTPase is a key player in the control of growth, cell cycle and nutrient uptake that is conserved from yeast to humans. To further our understanding of the Rheb pathway, we sought to identify hyperactivating mutations in the Schizosaccharomyces pombe Rheb, Rhb1. Hyperactive forms of Rhb1 were found to result from single amino acid changes at valine-17, serine-21, lysine-120 or asparagine-153. Expression of these mutants confers resistance to canavanine and thialysine, phenotypes which are similar to phenotypes exhibited by cells lacking the Tsc1/Tsc2 complex that negatively regulates Rhb1. The thialysine-resistant phenotype of the hyperactive Rhb1 mutants is suppressed by a second mutation in the effector domain. Purified mutant proteins exhibit dramatically decreased binding of GDP, while their GTP binding is not drastically affected. In addition, some of the mutant proteins show significantly decreased GTPase activities. Thus the hyperactivating mutations are expected to result in an increase in the GTP-bound/GDP-bound ratio of Rhb1. By using the hyperactive mutant, Rhb1(K120R), we have been able to demonstrate that Rhb1 interacts with Tor2, one of the two S. pombe TOR (Target of Rapamycin) proteins. These fission yeast results provide the first evidence for a GTP-dependent association of Rheb with Tor.

2001 Protein farnesylation is important for a number of physiological processes, including proliferation and cell morphology. The Schizosaccharomyces pombe mutant, cpp1-, defective in farnesylation, exhibits distinct phenotypes, including morphological changes and sensitivity to the arginine analogue, canavanine. In this work, we report a novel phenotype of this mutant, enrichment of G0/G1 phase cells. This phenotype results mainly from the inability to farnesylate the Rheb G-protein, as normal cell cycle progression can be restored to the mutant by expressing a mutant form of SpRheb (SpRheb-CVIL) that can bypass farnesylation. In contrast, a farnesylation-defective mutant of SpRheb (SpRheb-SVIA) is incapable of restoring the normal cell cycle profile to the cpp1- mutant. Inhibition of SpRheb expression leads to the accumulation of cells at the G0/G1 phase of the cell cycle. This growth arrest phenotype of the sprheb- disruption can be complemented by the introduction of wild-type sprheb+. The complementation is dependent on farnesylation, as the farnesylation-defective SpRheb-SVIA mutant is incapable of complementing the sprheb- disruption. Other mutants of SpRheb, E40K and S20N, are also incapable of complementing the sprheb- disruption. Furthermore, efficient complementation can be obtained by the expression of human Rheb but not Saccharomyces cerevisiae Rheb. Our findings suggest that protein farnesylation is important for cell cycle progression of S. pombe cells and that farnesylated SpRheb is critical in this process.

2000 The new member of the Ras superfamily of G-proteins, Rheb, has been identified in rat and human, but its function has not been defined. We report here the identification of Rheb homologues in the budding yeast Saccharomyces cerevisiae (ScRheb) as well as in Schizosaccharomyces pombe, Drosophila melanogaster, zebrafish, and Ciona intestinalis. These proteins define a new class of G-proteins based on 1) their overall sequence similarity, 2) high conservation of their effector domain sequence, 3) presence of a unique arginine in their G1 box, and 4) presence of a conserved CAAX farnesylation motif. Characterization of an S. cerevisiae strain deficient in ScRheb showed that it is hypersensitive to growth inhibitory effects of canavanine and thialysine, which are analogues of arginine and lysine, respectively. Accordingly, the uptake of arginine and lysine was increased in the ScRheb-deficient strain. This increased arginine uptake requires the arginine-specific permease Can1p. The function of ScRheb is dependent on having an intact effector domain since mutations in the effector domain of ScRheb are incapable of complementing canavanine hypersensitivity of scrheb disruptant cells. Furthermore, the conserved arginine in the G1 box plays a role in the activity of ScRheb, as a mutation of this arginine to glycine significantly reduced the ability of ScRheb to complement canavanine hypersensitivity of ScRheb-deficient yeast. Finally, a mutation in the C-terminal CAAX farnesylation motif resulted in a loss of ScRheb function. This result, in combination with our finding that ScRheb is farnesylated, suggests that farnesylation plays a key role in ScRheb function. Our findings assign the regulation of arginine and lysine uptake as the first physiological function for this new farnesylated Ras superfamily G-protein.