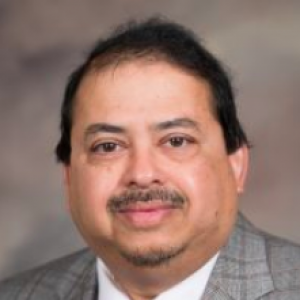 
Aniruddha Mitra is an expert in Modeling of Composites, Vibration Analysis, and Engineering Education. 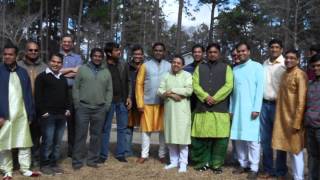 Aniruddha Mitra is a Professor in the Department of Mechanical Engineering at Georgia Southern University.

2017 Wind is a free and abundant energy source and conversion of wind energy to electrical energy has no negative impact to the environment. Though the harvest of energy using a horizontal axis turbine (HAWT) is extremely common worldwide, the wind speed requirement is relatively high for power generation. On the contrary, a vertical axis wind turbine (VAWT) can produce power at low wind speeds as compared to the HAWT counterpart. In addition, a VAWT can produce power regardless of the wind direction and the installation of a VAWT is simple and more cost effective than a HAWT. The purpose of the current study is to compare performances among different VAWT models using both numerical and experimental methods and find the one with the optimum performance. Standard aero-foil blade designs were considered in the current study because of their good aerodynamic characteristics. The study was performed using both computational and experimental methods. The 2D CAD design of five different VAWT models including three aero-foil blades (NACA5510, NACA7510, and NACA9510) were performed using Solid Works. CFD simulation of wind flow around these models was performed using a popular software FLUENT using the moving mesh technique. The pressure and velocity contours as well as different coefficients such as lift coefficient, drag coefficient, torque coefficient, and power coefficient were obtained from this simulation for all VAWT models. In addition, the physical models of NACA 7510, NACA 5510, and semicircular VAWTs were fabricated and tested in a subsonic wind tunnel. At three different speeds, dynamic torques were measured for all models experimentally. The current study showed that the VAWT model with NACA 7510 blade yielded the best result among all the models at a relatively high tip speed ratio (TSR).