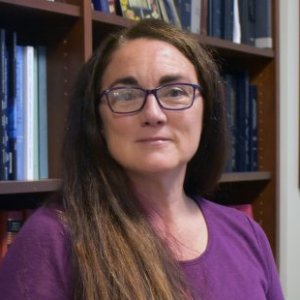 Professor Juliano is an expert in employment discrimination, sex discrimination, employment law, federal Indian law and civil rights litigation. Juliano was a law clerk to the Honorable Stephanie K. Seymour of the United States Court of Appeals for the Tenth Circuit and to the Honorable Raymond J. Pettine of the United States District Court for the District of Rhode Island. She joined the United States Department of Justice, Environmental and Natural Resources Division, where she worked as a trial attorney in the Indian Resources Section, and later as Special Assistant to Assistant Attorney General Lois J. Schiffer. In April 1997, she received a Special Commendation for Outstanding Service from the Department of Justice. Juliano was also a Professorial Lecturer at George Washington University National Law Center.

Empowers girls to develop key life and leadership skills through experiences and lessons that engage and energize them.

Sometimes, the goal sought by a piece of legislation is clear. Sometimes it isn’t. Take House Bill 1066, which was just one of several bills approved last week by the Pennsylvania House Judiciary Committee that could weaken gun reforms in the state.

“This decision, at the simplest level, says universities should be treated the same as other employers,” Villanova University Charles Widger School of Law professor Ann Juliano said in an email. It might also remove one obstacle professors face when challenging tenure decisions in court, Juliano said.

The Games We Play