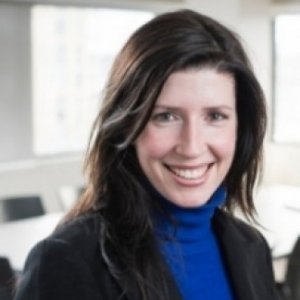 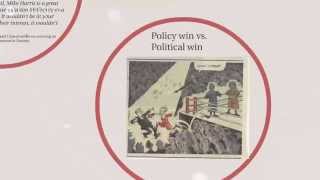 Anna Esselment is an Assistant Professor in the Department of Political Science. She earned her PhD at the University of Western Ontario where her research focused on the role of partisanship in intergovernmental relations in Canada. Broader areas of research and writing include political parties, campaigns and elections, political marketing, and Canadian institutions. Prior to commencing her PhD, Anna worked at Queen's Park as a policy advisor to then Opposition Leader Dalton McGuinty.

A new code for the ‘kids in short pants’

Anna Esselment is an assistant professor of political science at the University of Waterloo. Paul Wilson is an associate professor in the Clayton H. Riddell Graduate Program in Political Management at Carleton University.

‘A lot more than symbolism’: Here’s why Cabinet name changes are a sign of what’s to come

John McCallum took on immigration, citizenship and refugees, an addition on the end intended to signal both to Canadians and the world how serious the new government is about tackling the crisis, according to Anna Esselment...

“For most of the campaign, much of the attention is diverted to the air war,” said Anna Esselment, an assistant professor of political science at the University of Waterloo...

According to University of Waterloo Political Science professor Anna Esselment, his early promise was directly aimed at core Conservative voters. "One of the first rules of campaigning is that you need to solidify your base, right from the outset," Esselement said on CTV's Canada AM on Wednesday. "(The promise) was smart in the sense that you want to talk to your base first and let them know that you're on their side."...

Want to get out the youth vote? Start (really, really) young

Our daughter was about three months old when she attended her first campaign event. She could drop a pamphlet like a pro at five. Our son ...

The nature of political advising to prime ministers in Australia, Canada, New Zealand and the UK

2014 Political advisors to heads of government occupy such a privileged sphere of influence that their role is a source of consternation among democratic idealists. Interviews with advisors to prime ministers of Australia, Canada, New Zealand and the UK inform a small body of ...

A Little Help from My Friends: The Partisan Factor and Intergovernmental Negotiations in Canada

The Journal of Federalism

Birds of a feather? The role of partisanship in the 2003 Ontario government transition

2011 The question posed in this article focuses on whether partisanship affects government transitions. The way governments assume power in Canada is an intriguing part of politics, but we have only a limited knowledge of transition mechanics. There has been ...

2010 Conventional wisdom about the structure of political parties in Canada has emphasized their confederal nature. In other words (and the New Democratic party excepted), parties with identical partisan complexions at the federal and provincial levels ...

2007 Is everything old new again? Gerald Baier's insightful book brings back into the mainstream a long neglected examination of federalism from the perspective of judicial review. His analysis of the courts' impact on the development of federalism involves a detailed study of division of powers jurisprudence in the United States, Australia, and Canada...