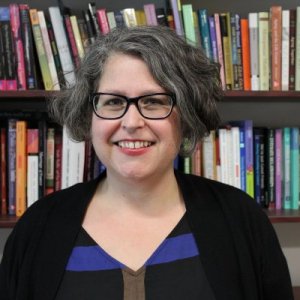 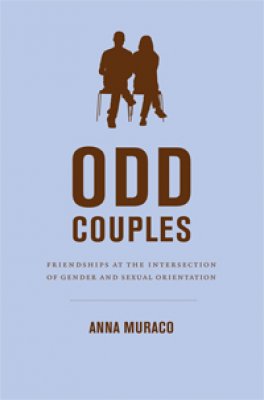 I have been a professor in the sociology department at Loyola Marymount University since 2006. My research examines intersections of gay and straight life in aging populations. My particular focus is on family and kinship, caregiving, and friendship across the life course.

Intersection of Gay and Straight Life in Aging

Aging and the Life Course

Caregiving and Friendship Across the Life Course

Spring 2017. Created from a legacy received from Harry M. Daum, Class of 1938, the Daum Professorship is given annually to a tenured professor in the Bellarmine College of Liberal Arts with full rank who has exhibited a record of excellence in teaching and advising, scholarship or creative work, service and leadership to the department, college and university. Nominees must demonstrate consistent excellence in all areas of faculty responsibility commensurate with rank.

'Odd Couples' - friendships which cross the boundaries of gender and sexuality. A new book challenges the widespread assumption that men and women are fundamentally different and can only forge significant bonds within romantic relationships. It charts the deep friendships between gay men and straight women, and also between lesbians and straight men. Laurie Taylor talks to the sociologist, Anna Muraco, who claims that such 'intersectional' friendships serve as as a barometer for shifting social and sexual norms. The UK sociologist, Brian Heaphy joins the discussion.

Co-Investigator, “Older Adults in Vulnerable Communities: Health and Quality of Life Over Time”

Sociology of Marriage and Families

Concepts and Issues in Aging

Who Says I Do: The Changing Context of Marriage and Health and Quality of Life for LGBT Midlife and Older Adults

The Unfolding of LGBT Lives: Key Events Associated with Health and Well-being in Later Life

Iridescent Life Course: LGBTQ Aging Research and a Blueprint for the Future – A Systematic Review

BACKGROUND: LGBTQ* (lesbian, gay, bisexual, trans, and queer) older adults are demographically diverse and growing populations. In an earlier 25-year review of the literature on sexual orientation and aging, we identified four waves of research that addressed dispelling negative stereotypes, psychosocial adjustment to aging, identity development, and social and community-based support in the lives of LGBTQ older adults. OBJECTIVES: The current review was designed to develop an evidence base for the field of LGBTQ aging as well as to assess the strengths and limitations of the existing research and to articulate a blueprint for future research. METHODS: Using a life course framework, we applied a systematic narrative analysis of research on LGBTQ aging. The review included 66 empirical peer-reviewed journal articles (2009-2016) focusing on LGBTQ adults aged 50 years and older, as well as age-based comparisons (50 years and older with those younger). RESULTS: A recent wave of research on the health and well-being of LGBTQ older adults was identified. Since the prior review, the field has grown rapidly. Several findings were salient, including the increased application of theory (with critical theories most often used) and more varied research designs and methods. While -existing life course theory provided a structure for the investigation of the social dimensions of LGBTQ aging, it was limited in its attention to intersectionality and the psychological, behavioral, and biological work emerging in the field. There were few studies addressing the oldest in these -communities, bisexuals, gender non-binary older adults, intersex, -older adults of color, and those living in poverty. -Conclusions: The Iridescent Life Course framework highlights the interplay of light and environment, creating dynamic and fluid colors as perceived from different angles and perspectives over time. Such an approach incorporates both queering and trans-forming the life course, capturing intersectionality, fluidity over time, and the psychological, behavioral, and biological as well as social dimensions of LGBTQ aging. More depth than breadth is imperative for the field, and multilevel, longitudinal, and global initiatives are needed.

Life Saving in Every Way”: The Role of Pets in the Lives of LGBT Older Adults.

Abstract This study uses mixed-methods data and a life-course perspective to explore the role of pets in the lives of lesbian, gay, bisexual, and transgender (LGBT) adults age 50 and over and addresses the following research questions: (1) How does having a pet relate to perceived social support and social network size? and (2) how do LGBT older adults describe the meaning of pets in their lives? The qualitative data ( N = 59) were collected from face-to-face interviews, and the quantitative data ( N = 2,560) were collected via surveys from a sample across the United States. Qualitative findings show that pets are characterized as kin and companions and provide support; we also explore why participants do not have pets. The quantitative findings show that LGBT older adults with a pet had higher perceived social support; those with a disability and limited social network size, who had a pet had significantly higher perceived social support than those without a pet. KEYWORDS: LGBT older adults; life course; pets; social support