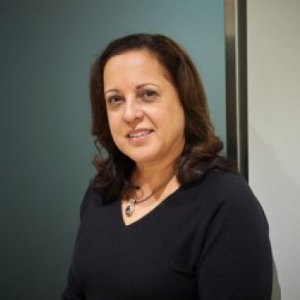 Dr. Rodriguez-Oquendo conducts basic science research in the area of lipid metabolism, with a particular emphasis on aspects of lipoprotein scavenger receptor class B type I (SR-BI) in atherosclerosis and infertility. In mice, deficiency of SR-BI is associated with higher HDL cholesterol levels, but paradoxically with increased risk for atherosclerosis and female infertility. Utilizing in vitro and ex vivo approaches Dr Rodriguez’s laboratory was the first to demonstrate that two human SR-BI gene (SCARB1) variants were significantly associated with subclinical atherosclerosis and incident cardiovascular disease in men and women, and with infertility in women. Since joining the University of Connecticut Health Center in 2012, Dr. Rodriguez-Oquendo has patented and licensed a novel blood biomarker for dysfunctional HDL cholesterol and other chronic inflammatory diseases. This novel patent has been licensed to Lipid Genomics, which is a company founded by Dr. Rodriguez-Oquendo. Lipid Genomics is now a member of the UConn Technology Incubator Program located at 400 Farmington Avenue. In October 2013 Dr Rodriguez-Oquendo was awarded Scientist-of-the-Year by Great Minds in STEM in recognition of her work in the area of genomic medicine and SCARB1. Dr. Rodriguez-Oquendo was recently recognized by the Connecticut Technology Council as a Woman of Innovation Research Innovation and Leadership, as well as by the American Heart Association with a Special Recognition Award.

Scientist of the Year (professional)

Awarded by Great Minds in STEM 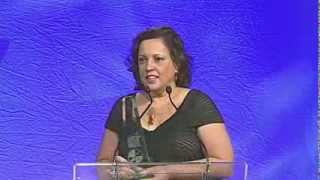 How Good Is Good Cholesterol?

Open the freezer in the laboratory across the hall from Annabelle Rodriguez’s office at the University of Connecticut Health Center, and you will find rows of miniature fluid-filled vials, many of them holding tiny strands of DNA. For the past 13 years, Rodriguez, a physician-scientist in the university’s Center for Vascular Biology, has kept her eye on one particular gene in those DNA strands that is integral to the function of high-density lipoproteins (HDL)

2015 Previous studies in mice and humans have implicated the lipoprotein receptor SCARB1 in association with atherosclerosis and lipid levels. In the current study, we sought to examine association of SCARB1 missense single nucleotide polymorphism (SNP) rs4238001 with incident coronary heart disease (CHD).

Aging, Androgens, and the Metabolic Syndrome in a Longitudinal Study of Aging

The Journal of Clinical Endrocrinology & Metabolism

2007 Based on Adult Treatment Panel III criteria, we previously reported that the prevalence of the metabolic syndrome (MS) increased with aging; was higher if elevated 2-h plasma postglucose challenge values were included as a criterion; and was greater in men, compared with women. The aim of this study was to evaluate the relationship between the MS and circulating androgen levels in a cohort of men in the Baltimore Longitudinal Study of Aging.