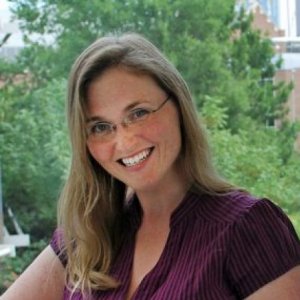 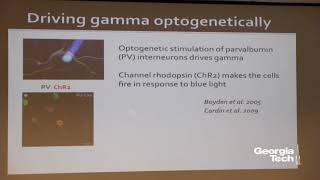 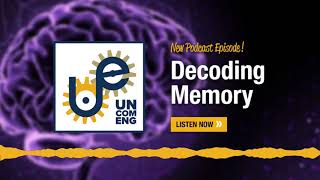 Annabelle Singer is an Assistant Professor in the Coulter Department of Biomedical Engineering at Georgia Tech and Emory University. The central goal of Dr. Singer’s research program is to understand how neural activity produces memories and spurs the brain’s immune system. Dr. Singer’s research integrates innovative behavioral, electrophysiological, and computational methods to identify and restore failures in neural activity that lead to memory impairment. Dr. Singer has established and continues to develop a new therapeutic approach to Alzheimer’s disease, novel forms of non-invasive stimulation, and new ways to manipulate the brain’s immune system.Additionally, using non-invasive approaches, she is translating her discoveries from rodents to develop radically new ways to treat diseases that affect memory in humans. Dr. Singer completed a post-doctoral fellowship in Ed Boyden’s Synthetic Neurobiology Group at MIT and she received her Ph.D. in Neuroscience from UCSF, performing research in the laboratory of Loren Frank.

Neurons Get the Beat and Keep It Going in Drumrolls

“A particular activity is lacking. It’s called gamma,” said Singer, an assistant professor of neuroscience in the Wallace H. Coulter Department of Biomedical Engineering. Gamma is a kind of rhythm for neuron activity, like a techno dance beat for the brain, with a very specific frequency of 40 hertz.

2019 Oscillatory brain activity reflects different internal brain states including neurons’ excitatory state and synchrony among neurons. However, characterizing these states is complicated by the fact that different oscillations are often coupled, such as gamma oscillations nested in theta in the hippocampus, and changes in coupling are thought to reflect distinct states. Here, we describe a new method to separate single oscillatory cycles into distinct states based on frequency and phase coupling. Using this method, we identified four theta-gamma coupling states in rat hippocampal CA1. These states differed in abundance across behaviors, phase synchrony with other hippocampal subregions, and neural coding properties suggesting that these states are functionally distinct. We captured cycle-to-cycle changes in oscillatory coupling states and found frequent switching between theta-gamma states showing that the hippocampus rapidly shifts between different functional states. This method provides a new approach to investigate oscillatory brain dynamics broadly.

2018 Microglia, the primary immune cells of the brain, play a key role in pathological and normal brain function. Growing efforts aim to reveal how these cells may be harnessed to treat both neurodegenerative diseases such as Alzheimer’s and developmental disorders such as schizophrenia and autism. We recently showed that using noninvasive exposure to 40-Hz white-light (4,000 K) flicker to drive 40-Hz neural activity transforms microglia into an engulfing state and reduces amyloid beta, a peptide thought to initiate neurotoxic events in Alzheimer’s disease (AD). This article describes how to construct an LED-based light-flicker apparatus, expose animals to 40-Hz flicker and control conditions, and perform downstream assays to study the effects of these stimuli. Light flicker is simple, faster to implement, and noninvasive, as compared with driving 40-Hz activity using optogenetics; however, it does not target specific cell types, as is achievable with optogenetics. This noninvasive approach to driving 40-Hz neural activity should enable further research into the interactions between neural activity, molecular pathology, and the brain’s immune system. Construction of the light-flicker system requires ~1 d and some electronics experience or available guidance. The flicker manipulation and assessment can be completed in a few days, depending on the experimental design.

2016 Changes in gamma oscillations (20–50 Hz) have been observed in several neurological disorders. However, the relationship between gamma oscillations and cellular pathologies is unclear. Here we show reduced, behaviourally driven gamma oscillations before the onset of plaque formation or cognitive decline in a mouse model of Alzheimer’s disease. Optogenetically driving fast-spiking parvalbumin-positive (FS-PV)-interneurons at gamma (40 Hz), but not other frequencies, reduces levels of amyloid-β (Aβ)1–40 and Aβ 1–42 isoforms. Gene expression profiling revealed induction of genes associated with morphological transformation of microglia, and histological analysis confirmed increased microglia co-localization with Aβ. Subsequently, we designed a non-invasive 40 Hz light-flickering regime that reduced Aβ1–40 and Aβ1–42 levels in the visual cortex of pre-depositing mice and mitigated plaque load in aged, depositing mice. Our findings uncover a previously unappreciated function of gamma rhythms in recruiting both neuronal and glial responses to attenuate Alzheimer’s-disease-associated pathology.

2013 The hippocampus frequently replays memories of past experiences during sharp-wave ripple (SWR) events. These events can represent spatial trajectories extending from the animal’s current location to distant locations, suggesting a role in the evaluation of upcoming choices. While SWRs have been linked to learning and memory, the specific role of awake replay remains unclear. Here we show that there is greater coordinated neural activity during SWRs preceding correct, as compared to incorrect, trials in a spatial alternation task. As a result, the proportion of cell pairs coactive during SWRs was predictive of subsequent correct or incorrect responses on a trial-by-trial basis. This effect was seen specifically during early learning, when the hippocampus is essential for task performance. SWR activity preceding correct trials represented multiple trajectories that included both correct and incorrect options. These results suggest that reactivation during awake SWRs contributes to the evaluation of possible choices during memory-guided decision making.