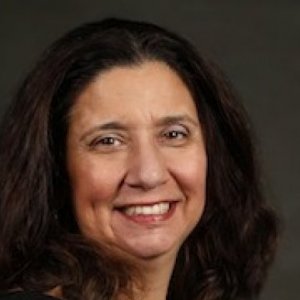 Anna Maria Virzi has worked in digital and traditional publishing for more than two decades. In the mid-1990s, she used the Internet to track down and reunite with family in Panama after a 40-year absence.

Her blog, anna-maria.com, focuses travel in New England, NYC and beyond.

Previously, she guided Incisive Media's ClickZ.com editorial team based in New York and helped to launch ClickZ Asia, based in Hong Kong. She also worked with more than 70 marketing practitioners who contributed to the publication.

Anna Maria was on the launch team for Ziff Davis Media's Baseline magazine, which was a National Magazine Award finalist. She has also worked at Forbes.com, Web Week, Internet World and the Connecticut Post.

ClickZ, an online publication, is the largest resource of interactive marketing news, information, commentary, advice, opinion, research, and reference in the world, online or off. From search to social, technology to trends, our coverage is expert, exclusive, and in-depth.

Agency of the future

What happens when you connect search to email? What are five things social can do to help your email campaigns? How can you leverage mobile and mobility to improve email effectiveness? Email is a powerful way to enhance the digital reach of your organization. Join an industry expert as they share their personal experiences and best practices to help you drive success through email marketing!

Are you an expert marketer but new to social media marketing or need a refresher of best practices? We'll talk about developing a social media strategy for your company and establishing social media guidelines, as well a stactics to help integrate social media into your existing marketing programmes to increase ROI. I will show you examples of companies using blogs, Twitter, Facebook and LinkedIn successfully to meet their overall marketing and business objectives and how to measure the results.

Before you build or expand your company's social media profile, do you really know what you are getting into? Setting up a Twitter account or Facebook profile or uploading a YouTube video is the easy part. What's next? This discussion will examine practical issues you should consider when developing your brand's social strategy.