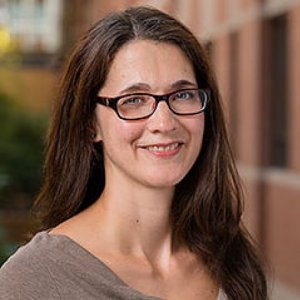 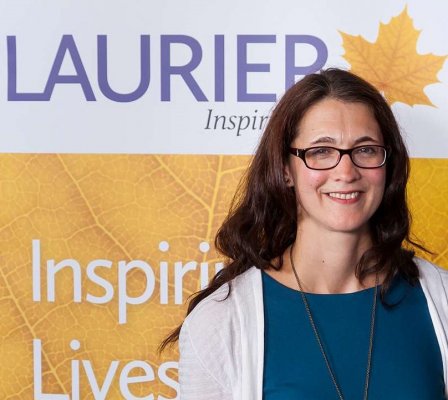 Dr. Wilson is a social psychology professor and Canada Research Chair at Wilfrid Laurier University.
She is an expert in self and identity, the psychology of time, goal pursuit and motivation, social inequality, and sociocultural norms. She is a Fellow of the Successful Societies Program of the Canadian Institute for Advanced Research and a member of the College of New Scholars Artists and Scientists, Royal Society of Canada.

Psychology of change and stability

Psychology of time and space

Successful societies are those that create conditions that lead to better health, well-being and resilience for individuals and communities. The program aims to identify the cultural and social frameworks that put societies on a path toward greater and more equitable prosperity. See more: https://www.cifar.ca/research/successful-societies/

Member of the College of New Scholars, Artists, and Scientists, Royal Society of Canada (professional)

The Members of the College are Canadians and Permanent Residents who, at an early stage in their career, have demonstrated a high level of achievement. The criteria for election is excellence, and membership is for seven years. Up to 100 Members may be elected each year. See more: http://www.rsc.ca/en/college-new-scholars-artists-and-scientists

Fellows shall be Members of the Association who have made a distinguished contribution to the advancement of the science or profession of psychology or who have given exceptional service to their national or provincial associations. See more: http://www.cpa.ca/aboutcpa/cpaawards/fellows

Term 2 renewal in 2012. The Canada Research Chairs Program invests approximately $265 million per year to attract and retain some of the world’s most accomplished and promising minds. Chairholders aim to achieve research excellence in engineering and the natural sciences, health sciences, humanities, and social sciences. See more: http://www.chairs-chaires.gc.ca/chairholders-titulaires/profile-eng.aspx?profileId=2475

We're more vulnerable to heat-related illnesses than we think: study

People tend to underestimate their own vulnerability to heat-related illnesses during prolonged periods of hot weather, says Anne Wilson. The professor of social psychology at Wilfrid Laurier University is one of the lead researchers of an ongoing study at the university looking at the impact of heat-related illnesses on vulnerable populations. She said it's this attitude of, "It can happen to you, but not me," that often causes people to be unprepared in coping with the heat.

Be it resolved, it’s that time of year

Anne Wilson, psychology professor at Wilfrid Laurier University with a focus on identity and goal setting, says often we set goals that don’t end up panning out, especially at New Year’s. But she’s got some tips for making them stick. “One of the best pieces of advice that’s backed up by evidence is it’s better to set small achievable goals and those goals are still perfectly fine if they fit into a bigger picture way that you want to see your life changing,” Wilson said.

Mom bods: The science of body image and deconstructing media coverage of mothers getting their “bodies back.”

Are images of perfect-body moms meant to be aspirational, motivational, or just depressing? Our parenting columnist Tenille Bonoguore spoke to a local professor who researches body image.

Time for a change: When, why, and for whom is the passage of time linked to perceptions of change in the temporally-extended self?

Self and Identity Preconference, annual convention of the Society for Personality and Social Psychology  San Diego, California, USA

Subjective judgments of uncertainty in the face of future climate threats

What implications do societal beauty ideals have for girls' and women's well-being and relationships? What can we do about it?

Project: Reducing Social Vulnerability for Extreme-Heat Events in the Elderly: The Role of Risk Perception in a Social Environmental Context (with Manuel Riemer and Stacey Gibson, co-investigators)

Through a MITACS-funded partnership with Plasticity Labs, Inc., a company focused on increasing employee happiness and engagement, we are exploring a combination of theoretically innovative and applied research questions, such as the impact of well-being and happiness on turnover, productivity, and engagement. We combine experimental research in the lab with applied research in organizations to achieve advances in knowledge and other evidence-based innovations.

Temporal self-appraisal theory suggests that people can regulate current self-view by recalling former selves in ways that flatter present identity. People critique their subjectively distant (but not recent) former selves, creating the illusion of improvement over time. However, this revisionist strategy might not apply to everyone: People with fixed (entity) beliefs may not benefit from critiquing even distant selves. In three studies, we found that implicit theories of change and stability moderate the effects of subjective distance on the remembered self. In all studies, participants rated past selves portrayed as subjectively close or distant (controlling calendar time). Incremental theorists (but not entity theorists) were more critical of their subjectively distant (but not recent) past attributes. We found the same pattern when measuring existing implicit theories (Studies 1, 2) or manipulating them (Study 3). The present research is the first to integrate temporal self-appraisal theory and the implicit theories literature.

Four studies demonstrate that people’s representations of an area’s size are subjective and shaped by context and relevant attitudes. Americans expressing greater anti-Muslim sentiment desired a Muslim or Arab structure to be further away from Ground Zero, and in turn enlarge the subjective size of Ground Zero. This spontaneous expansion of area occurs relative to those expressing less anti-Muslim sentiment (Studies 1–4), to people considering an desired ingroup structure (Study 2), and to those considering neutral outgroup (Studies 3–4) and ingroup (Study 4) structures. People subjectively enlarged Ground Zero by expanding the “inclusion criteria” for their definition of the space. Attitudes and desires concerning an encroaching structure can cause people to perceive a symbolically meaningful space as larger, allowing them to justify their opposition: if an unwanted structure must be outside a “sacred” ingroup space, enlarging the subjective size of the protected space justifies opposition to the encroachment.

Marking time: Selective use of temporal landmarks as barriers between current and future selves

Temporal landmarks such as birthdays and significant calendar dates structure our perception of time. People might highlight temporal landmarks spontaneously in an effort to regulate connections between temporal selves. Five studies demonstrated that landmarks are used spontaneously to induce psychological separation from undesirable temporal selves. Participants were more likely to think of events that fell in between the current and the future self if an imagined future self was negative than if it was positive (Studies 1a, 1b, and 2). Furthermore, when a self-enhancement mindset was activated, participants were more likely to call to mind intervening temporal landmarks to protect themselves from a negative future self than when this mindset was not activated (Study 3). Finally, when psychological separations between the current self and a negative future self were introduced through alternate means, participants no longer selectively used landmarks to separate themselves from this future self (Study 4).

The post birthday world: Consequences of temporal landmarks for temporal self-appraisal and motivation

Much as physical landmarks help structure our representation of space, temporal landmarks such as birthdays and significant calendar dates structure our perception of time, such that people may organize or categorize their lives into "chunks" separated by these markers. Categories on the temporal landscape may vary depending on what landmarks are salient at a given time. We suggest these landmarks have implications for identity and motivation. The present research examined consequences of salient temporal landmarks for perceptions of the self across time and motivation to pursue successful future selves. Studies 1 and 2 show that temporally extended selves are perceived as less connected to, and more dissimilar from, the current self when an intervening landmark event has been made salient. Study 3 addresses the proposed mechanism, demonstrating that intervening landmarks lead people to categorize pre- and postlandmark selves into separate categories more often than when the same time period contains no salient landmarks. Finally, we examined whether landmark-induced mental contrasting of present state and future desired state could increase goal-pursuit motivation (in an effort to bridge the gap between inferior present and better future states). Studies 4-6 demonstrate that landmark-induced discrepancies between current health and hoped-for future health increased participants' motivation to exercise and increased the likelihood that they acted in line with their future-oriented goals.