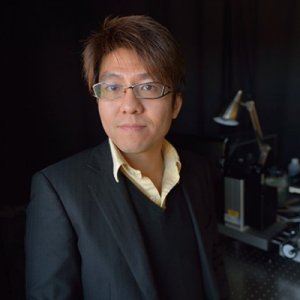 Dr. Anson Ma is an Associate Professor of Chemical Engineering at the University of Connecticut (UCONN). Dr. Ma currently serves as the Site Director of the U.S. National Science Foundation (NSF) SHAP3D Center for additive manufacturing and as a Technical Council member of NextFlex – America’s Flexible Hybrid Electronics Manufacturing Innovation Institute. He has received a number of awards, including a Distinguished Young Rheologist Award from TA Instruments (2012), an NSF CAREER award (2013), the Arthur B. Metzner Early Career award by the Society of Rheology (2015), a 3M Non-Tenured Faculty Award (2016), an Early Career Award from the American Association of University Professors-UCONN Chapter (2017), and Polymer Program Director's Faculty Excellence Award (2019).

The Hong Kong University of Science and Technology: B.Eng., Chemical and Environmental Engineering 2003

Awarded by the American Association of University Professors (AAUP)-UConn Chapter,

Awarded by the Society of Rheology. 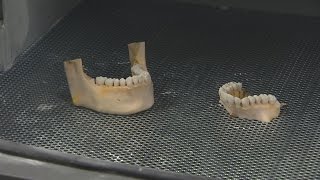 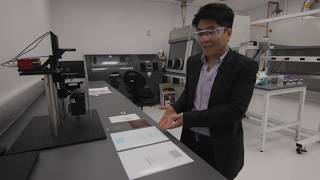 "'The objective of the design project is to get these students to combine the latest technology and their chemical engineering knowledge, learned over their four years at UConn, to solve a technical problem where we can make a difference,' said Dr Anson Ma, assistant professor in the Department of Chemical and Biomolecular Engineering and the Institute of Materials Science, who oversaw the research..."

Prof. Ma is passionate about outreaching to the younger generation and the general public through interesting topics such as food science and 3D printing.

2013 Broader applications of carbon nanotubes to real-world problems have largely gone unfulfilled because of difficult material synthesis and laborious processing. We report high-performance multifunctional carbon nanotube (CNT) fibers that combine the specific strength, stiffness, and thermal conductivity of carbon fibers with the specific electrical conductivity of metals. These fibers consist of bulk-grown CNTs and are produced by high-throughput wet spinning, the same process used to produce high-performance industrial ...

2012 Transparent conductive carbon nanotube (CNT) films were fabricated by dip-coating solutions of pristine CNTs dissolved in chlorosulfonic acid (CSA) and then removing the CSA. The film performance and morphology (including alignment) were controlled by the CNT length, solution concentration, coating speed, and level of doping. Using long CNTs (∼ 10 μm), uniform films were produced with excellent optoelectrical performance (∼ 100 Ω/sq sheet resistance at∼ 90% transmittance in the visible), in the range of applied interest for ...

The rheology and modeling of chemically treated carbon nanotubes suspensions

2009 This paper reports recent experimental findings and rheological modeling on chemically treated single-walled carbon nanotubes (CNTs) suspended within an epoxy resin. When a CNT suspension was subject to a steady shear flow, it exhibited a shear-thinning characteristic, which was subsequently modeled by a Fokker–Planck (FP) based orientation model. The model assumes that the shear flow aligns CNT in the flow direction, but there are events such as Brownian motion and tube–tube interaction trying to randomize the ...

The microstructure and rheology of carbon nanotube suspensions

2008 This paper gives a brief overview of microstructure and rheology that have been observed for a range of carbon nanotube (CNT) suspensions. In general, untreated CNT suspensions show a much higher level of observable optical microstructure reflecting their preference to aggregate; they also show higher levels of viscoelasticity over treated CNT suspensions. An unexpected Helical Band texture for untreated CNTs is reported together with a series of parallel plate optical observations showing a broad spectrum of behaviour ...

2007 This paper describes optical observations on the way aggregates of multi-walled carbon nanotubes (CNTs) in an epoxy matrix can form unusual helical bands (HBs) that are aligned perpendicular to the shear flow. By applying specific flow conditions, HBs were formed from isotropic aggregates of CNTs suspended in an essentially Newtonian epoxy matrix. Both optical and matching rheological data are presented together with a schematic model of the way HBs are formed. It was discovered that the steady shear rheology of the ...