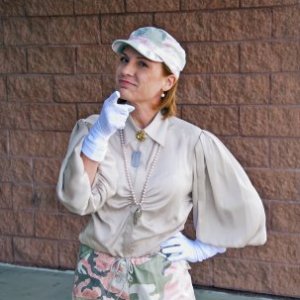 
Lack of courtesy costs billions in the workplace! 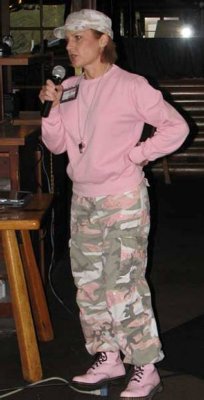 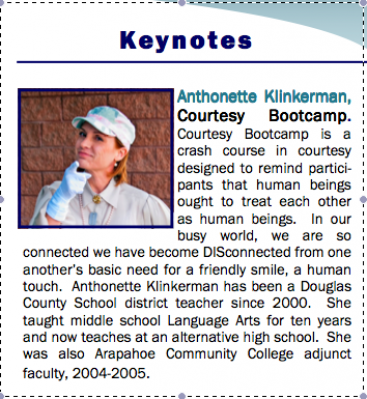 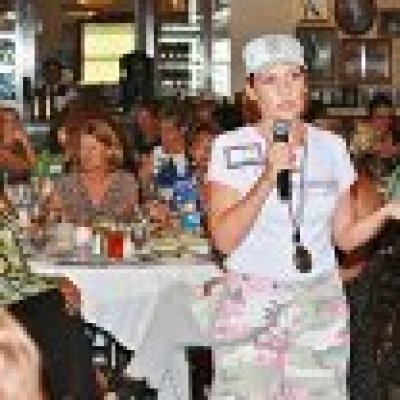 Anthonette Klinkerman, aka "Colonel" Klinkerman, has been bringing common courtesy back to the workplace since 2009. With humor, grace, and a no-nonsense drill sergeant persona, the common courtesy drills presented by Courtesy Bootcamp(TM) have been enthusiastically received by two Colorado cities, and numerous business staffs, and even earned a client a national award in Human Resources.
Klinkerman was recently nominated for Business of the Year and Woman of the Year by the Denver Tech Center Colorado Business Women's organization for 2012.
Klinkerman has been a public school teacher for 14 years, and has been teaching English Literature to at-risk youths for the past six years. She developed and planned curriculum for her "Adventure Literature" class featuring a never-before taught book after convincing her principal that this was exactly the type of literature reluctant readers would devour. Her instincts were correct, and visits from the author herself left students nearly reeling in disbelief.
Klinkerman hails from Southern Californina originally, having had moved to Colorado in 2000. She continues to teach, enjoys writing articles for various publications, raising her daughter, and golfing with her husband, as well as skiing when the snow is just right.

The Denver Tech Center Chapter of the Colorado Business Women group nominated Courtesy Bootcamp™ and Anthonette Klinkerman for both awards.

Lesley University: Master of the Arts in Literacy and Curriculum Development, Education 2004

"Kudos to you for your excellent presentation to DTC-CBW. My friends and I are still talking and laughing about it." August 2011

"Thanks you for coming to speak to us today. Everyone loved your workshop, including me!" April 13, 2012

"What a great way to end a conference!" "Right on target." "Nice to know someone is out there educating on what people should already know." "Everyone should have this class." "Motivating."

"Your message is needed and presented with flare." April 7, 2012

"You kept things moving along, and time passed quickly as I became engrossed in your ideas. Your humorous anecdotes were great." January 18, 2012

Courtesy Bootcamp™: a not-so-gentle reminder to live by The Golden Rule

Courtesy Bootcamp™: a not-so-gentle reminder to live by The Golden Rule

This crash course in courtesy provides audiences with several learning objectives: 1. Creating awareness of the monetary costs of a lack of civility in the workplace. 2. Creating a cohesive workplace by utilizing reminders that the people one works with are just as important as those one works for. 2. Creating an awareness of daily behaviors that exclude common courtesies. 3. Remedies for discourteous daily behaviors to remind participants to treat others as they would wish to be treated.