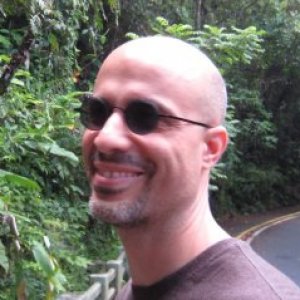 
Dr. DeStefanis is a generalist in recent U.S. history and politics, including impeachment, immigration, labor movements, and race/ethnicity. 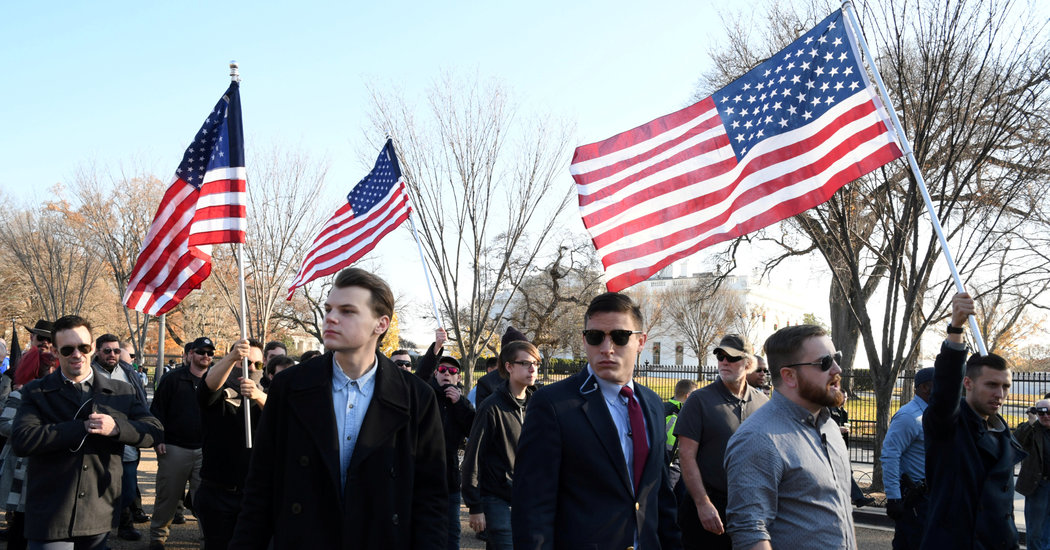 The link between veterans coming home and racial violence in America. Our expert can explain. 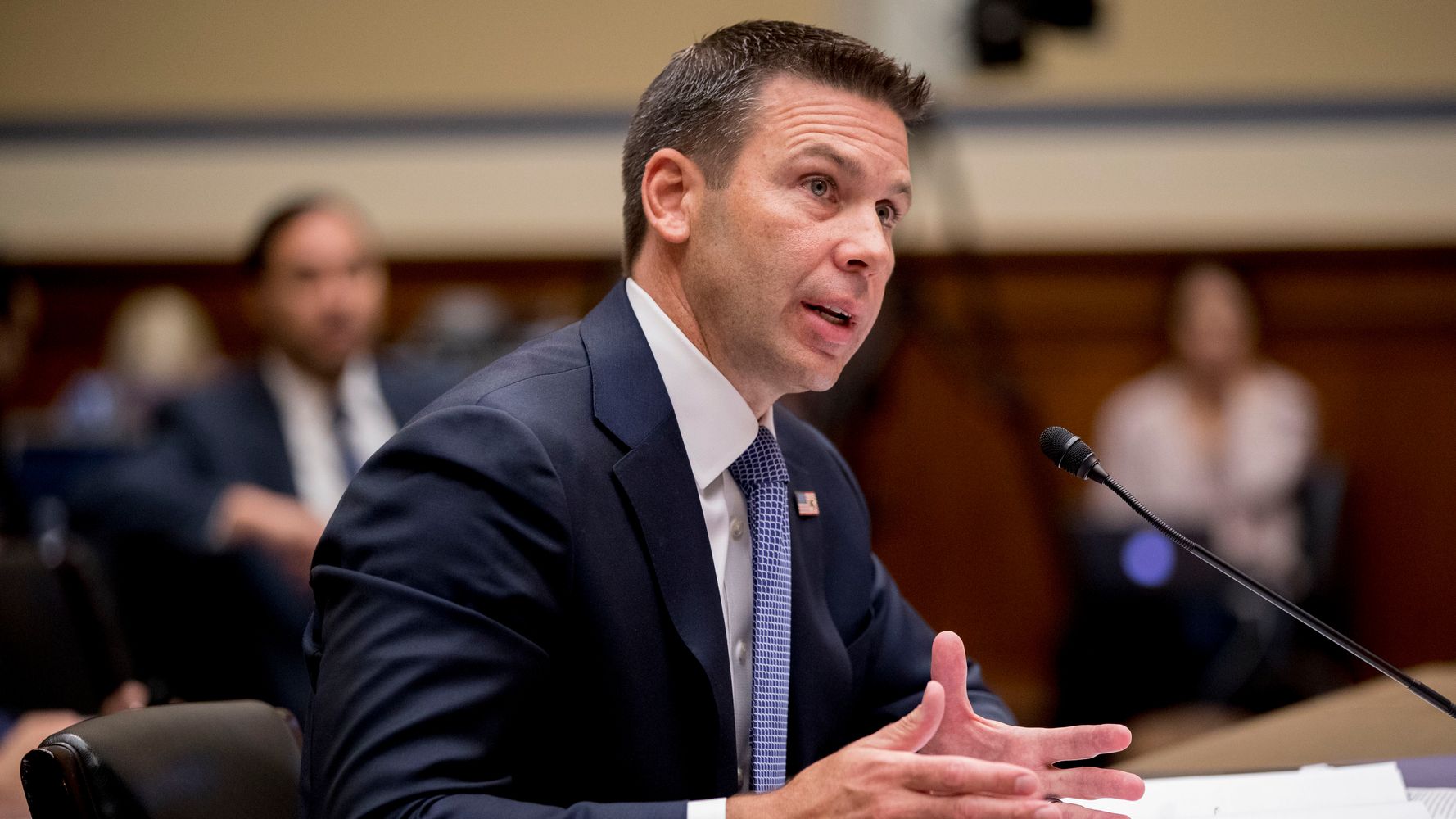 White power, white supremacy, and violence – our expert explains how communication is key in perpetuating racial hatred in the United States

Anthony DeStefanis is an associate professor of history at Otterbein University. He specializes in modern U.S. history with an emphasis on labor and the working class and immigration, race, and ethnicity.

He is currently working on a book manuscript titled, "Guarding the Empire: Soldier Strikebreakers on the Long Road to the Ludlow Massacre."

History Of Rock And Roll

The Gilded Age and Progressive Era

Labor and the Working Class

The College of William and Mary: Ph.D., History

Face the State with Scott Light

A National Emergency - This week focuses on one of the most hotly debated topics in our country: Immigration. President Donald Trump has declared a National Emergency at the U.S.-Mexico border. That move frees up funding from other departments to help him built the border wall. Our guest will talk fact vs. fiction, Ohio's role in the debate and the impact this could have on the country as a whole.

As the musical arrives in Columbus, Professor Anthony DeStefanis looks at its role in the popularization of the subject of history.

Is Impeachment Inevitable or Avoidable: A Forum of Experts

American history since 1865 with an emphasis on the often intense battles that Americans fought over what constituted "the good society." Topics covered include the Second Industrial Revolution, U.S. imperialism, the two world wars, and the post-World War II "rights revolution." Examines how race, class, gender, and sexuality have shaped the modern United States.

Most of us either came to these shores ourselves or have ancestors who came to the New World at some point in the not-too-distant past. It is often the case, however, that we might know something (and often not that much) about the experience of our own families and ancestors, but little about why other racial, ethnic, and national groups came to the United States, what they encountered when they arrived, and how they adapted—or did not adapt–to life in the United States. This blind spot helps create the conflicted feelings that so many Americans have about immigrants and immigration even as they often celebrate the country as a “nation of immigrants.” This course addresses this blind spot by examining the experiences of a wide array of immigrant groups. It focuses on Irish, Asian, African, southern and eastern European, and Latin American immigrants and migrants to the United States, and touches on many issues: the factors that have driven immigration, immigrant work, family, and community life, racial identity and discrimination, ethnicity and assimilation, and the history of immigration restriction and exclusion.

This course examines what historians call the “long civil rights movement.” We will explore the origins of the movement in the early 20th century, especially in relation to the Great Migration, the World Wars, the New Deal, and anti-colonialism. We won’t ignore the best-known events of the 1950s and 1960s - these are incredibly important for understanding the movement - and along the way, we will examine how and why people became engaged in the movement and why other people fought so hard against it. We will also explore the relationship between the state and the civil rights movement to assess how state action both helped and hindered the movement. Finally, we will pay close attention to how issues of race, class, gender, and sexuality shaped the movement and the opposition to it.

Riots, Reds, and Riffraff: A History of the American Working Class

Today, the richest 10% of Americans control more wealth than at any other time in U.S. history, and the wealthiest 400 Americans hold more wealth than the bottom 50% of income earners. At the same time, the wages of working-class Americans have not increased in real dollars since the 1970s. Today’s widening gap between the rich and the rest of us, and the yawning chasm that separates the rich from the poor, looks much like the class structure that emerged in the last four decades of the nineteenth century, when a few Gilded Age robber barons came to control enormous wealth while working-class Americans toiled for meager wages. Examining how and why this class structure developed, how working-class Americans understood and experienced work and their class status, and how the working class managed to organize themselves and their communities around the mission of democratizing the American workplace while also creating the idea of the American Dream. How and why, since the 1970s, the American working class has, in many ways, gone back to experiencing the massive inequities of the Gilded Age.

The History and Literature of the Vietnam War

The history and literature of the Vietnam War. How and why the war started, how it was fought, why it was fought as it was, how it ended, and what the larger significance and legacy of the war are. The roles that historical and literary narratives play in shaping knowledge of the Vietnam War through the ways that the stories are told, the perspectives from which they are told, the purposes of the telling, and the audiences to which they are told. Considering both literary and historical accounts of the war, and experimenting with writing our own accounts in the context of contemporary national and/or global conflict.

This course examines what historians call the “long civil rights movement” and places this history into the context of mass incarceration, past and present. We will begin by exploring the late nineteenth-century convict lease system as one of the structures of racial oppression that the southern states created in the years after Reconstruction. We will then shift to how, for example, Prohibition and its enforcement were crucial in the development of the U.S. carceral state and how and why Prohibition enforcement was racialized and targeted African Americans and working class broadly. Along the way, we will and chart how the Civil Rights Movement emerged as a response to these new systems of oppression. We will then shift to an examination of the Movement from the 1930s through the 1960s and finish with an exploration of the what the Movement achieved; what it left undone; and how and why the current mass incarceration developed as a response to the successes of the Civil Rights Movement.

The History of Rock & Roll

An introduction to the history and culture of rock and roll. An overview of ancestors and influences: blues, boogie-woogie, jazz, country and western, and gospel, in particular, and the success in the 1950s of rhythm and blues musicians that marked the birth of rock and roll. The musical and social trends of the 1960s, including the influence of the British Invasion, the rock explosion and social upheaval of the late 1960s and early 1970s, and the emergence of new genres such as punk, reggae, disco, funk, new wave, heavy metal, and grunge during the 1970s, 1980s, and 1990s. An exploration of current musical trends and genres including rap and hip-hop. Exploring the historical progression of rock and roll while also examining topics such as cultural geography; rock and roll as a working-class art form; race, gender, and class relations; generational conflict; youth cultures and subcultures; and the business of rock and roll.

History of Sexuality in U.S.

This course examines how Americans have imagined, represented, embodied, used, and resisted different ways of understanding sexuality. Focusing on key historical moments from early America to the present, the course situates sexuality in relationship to constructions of gender, race, and class and explores the connections between sexuality and power.