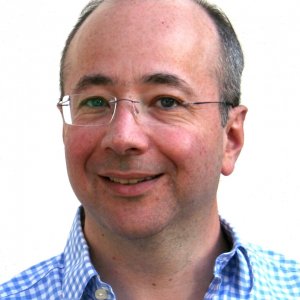 Director | The 5 Forces of Change

Anthony's book, The 5 Forces of Change, is a blueprint for leaders who want to apply practical psychology and simple techniques to engage their people in pursuit of change rather than in opposing it.

Anthony’s book ‘The 5 Forces of Change: a blueprint for leading successful change’ was published in 2008 (see www.5forcesofchange.com). He is a regular speaker at major conferences and business schools.

Career Highlights:
- For Royal Mail: Engaged over 100,000 postmen in the transformation of business practices
- For PruHealth Set up joint venture partnership with Boots high street stores
- Creating and implementing a general merchandise Academy which helped transform the fortunes of Marks and Spencer and won a National Training Award in 2007
- For GSK: Created and launched a culture change programme
- For Marks & Spencer: Set up the M&S Academy winning the UK National Training Award in 2007
- For The Northern Trust Company; Designed and ran a 12-month leadership development programme for high potential senior managers
- Led the team for the cultural integration of a UK financial services company acquired by and US bank
- For Sainsbury’s Supermarkets: Led the team that won a National Training Award in 2003 in support of a cost initiative that delivered £700m in annual savings
- For Discovery Health (South Africa): Launched a revolutionary new product rewarding healthcare insurance customers for leading a healthy lifestyle (the product has since been launched around the world).

Mobilising Your Workforce for Change

Too often, organisations fail to achieve a return on investment in change; there's too much pain and not enough gain. At the heart of the matter is the effect of change on people's motivations; the very things that drive people to excel at work are deeply threatened No wonder people oppose or avoid change. The good news is that by understanding what makes people tick you can reverse the situation. By working with the grain of human nature you can channel people's energy and ingenuity in pursuing change rather than in opposing it, leading to far greater success than you might ever have imagined. This seminar turns change on its head. Instead of learning about overcoming resistance, you will find out how to harmonise change with human nature. You learn the importance of ensuring that people remain certain, purposeful, in control, connected and successful during times of change. As a result, they work positively with change rather than suffering through it.