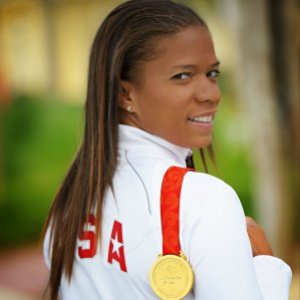 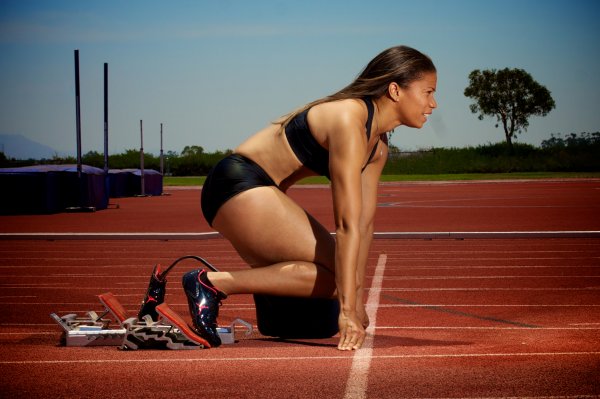 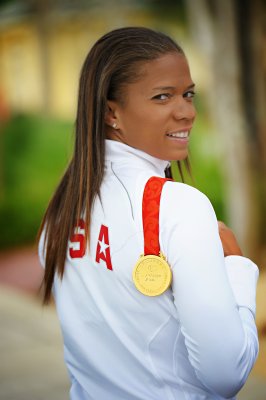 Raised with a hard work ethic, which she has honed with a will of steel, April Holmes has redefined what it means to be disabled. Through faith, dedication, consistency and support, she has rewritten the record books, breaking the IPC World Records in the 100, 200 and 400 meters.

April was involved in a train accident in 2001 that resulted in the loss of her left leg below the knee. While she lay in her hospital bed, a doctor told her about the Paralympic Games and a new goal was firmly implanted in her mind.

Since her career in Paralympic track & field began in 2002, Holmes has continued to succeed, improving each and every step of the way. Her latest feat includes completing her fifth consecutive undefeated season in the 100 meters, which earned her a gold medal at the 2008 Paralympic Games in Beijing, China. Speed and quickness are her best friends as she continues to break her own world records every season. With a commanding lead over the growing field of competitors, Holmes continues to captivate track enthusiast with her grace and style. April put on the USA uniform again this Paralympics in London and after a photo finish was awarded bronze in the 100 meters in front of a sold-out arena.

Off the track, Holmes runs the April Holmes Foundation, Inc. a non-profit organization tasked with assisting people with physical and learning disabilities with scholarships and medical equipment. Having recently completed her MBA in Marketing, Holmes plans to use her education to improve the awareness of persons with disabilities. April is a well-sought after motivational speaker and enjoys opportunities to share her life and GOLD medal with others.

I am also learning to speak Mandarin. If you want a great laugh, listen in on a lesson...

Disability spokesperson to encourage working Americans to make sure they have disability insurance regardless of their age.

Encourage and promote athletics to persons with disabilities.

Encourage athlete to remain with highest integrity levels to compete clean without the use of performance enhancing drugs.

Stay in your lane…Greatness is in your mirror

Building A Relay Team to win the corporate race for GOLD

Building A Relay Team to win the corporate race for GOLD

Get up! Get Going! Get Over!