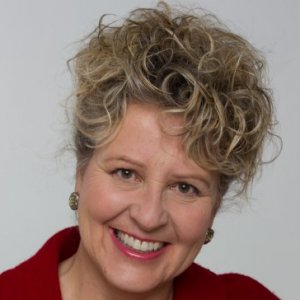 Associate professor April Lindgren is the academic director of the Ryerson Journalism Research Centre and principal researcher for the Local News Research Project at Ryerson University’s School of Journalism. Her research has examined the role of ethnic media in providing information for newcomers. More recently, her work on local “news poverty” explores the extent to which local news outlets provide timely access to verified news about local politics, the economy, education and other information essential to well-functioning communities. Lindgren and research colleagues from the University of British Columbia and Royal Roads University have built a crowd-sourced map that tracks changes to local news media nationwide, and examined how news media in eight Canadian communities covered the local race for member of Parliament in the 2015 federal election. The results suggest that local news is at risk and unevenly available across the country.

Newsrooms outside the big cities are closing, and with them goes the critical information citizens require for everyday life.

The Local News Map: Tell us what is happening to local news in your community

The Canadian Federation of Municipalities has declared cities the “unofficial welcome wagon” for new Canadians. Research suggests, however, that they embrace settlement and integration policies to varying degrees. While scholarly examinations of municipal policies include analyses of corporate communications strategies, efforts by city governments to reach residents through ethnocultural news media have received little attention. To address that gap, this study investigates why the suburban community of Brampton, Canada adopted one of the most proactive ethnic media strategies in the country in 2015 when, just a decade earlier, it was for the most part unresponsive to the needs of its burgeoning immigrant population. As a starting point, the case study uses the determinants of municipal responsiveness identified by Kristin R. Good (2009) in Municipalities and Multiculturalism: The Politics of Immigration in Toronto and Vancouver. Employing a mixed methods approach, it concludes that rapid demographic change, the emergence of an activist political leadership, and efforts to reduce friction between newcomers and other residents influenced Brampton’s communications policy over time. The case study identifies challenges associated with adopting an ethnic media strategy, including issues related to translation and the relative lack of sophistication of some ethnic media outlets. Furthermore, it demonstrates that reaching out to ethnocultural communities via ethnic media requires more than just distributing news releases in English. Translation of these releases has the potential to increase municipal news coverage in ethnic media, the paper suggests, if only because it makes it easier for smaller news organizations to report on such matters.

Interpreting the city: Portrayals of place in a Toronto-area ethnic newspaper

Aether: The Journal of Media Geography

This study investigates the sense of place portrayed in Ming Pao, a Chinese-language daily newspaper published in the Greater Toronto Area (GTA).