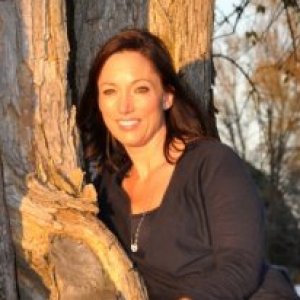 
Adjunct Faculty in the School of Psychology

Arieahn Matamonasa-Bennett, PhD, is a member of the adjunct faculty in the School of Psychology.

Prevention and Treatment of Social Violence

Prevention and Treatment of Interpersonal Violence

Theory and Practice of Adult Education

(2001) Awarded by the American Psychological Association, Division 29 for “Second Thoughts: The Integration of Cognitive Therapy for Addressing Multiculturalism and Diversity.”

The Association for the Study of Women & Mythology  online

We are please to announce that Arieahn Matamonasa-Bennett, Ph.D., will give the keynote presentation for ASWM’s Symposium (April 20, St. Paul, MN). Her topic is “Honoring the Web: Indigenous Wisdom and the Power of Place.”...

Shape shifting: On being minority women and scholars

“The Poison That Ruined the Nation” Native American Men—Alcohol, Identity, and Traditional Healing

(2015) Alcoholism and destructive drinking patterns are serious social problems in many Native American reservation and urban communities. This qualitative study of men from a single Great Lakes reservation community examined the social, cultural, and ...

Putting the Horse before Descartes

(2015) This article addresses the need for discourse and dialogue on ethics in the fields of animal-assisted therapy (AAT) in general and equine-assisted therapy (EAT) specifically. Utilizing animals as partners in a therapeutic process requires major cultural paradigm ...

“A Disease of the Outside People”: Native American Men's Perceptions of Intimate Partner Violence

(2014) Intimate partner violence (IPV) has been identified as one of the most serious issues facing Native American women. Despite epidemic rates of IPV in urban and reservation communities, less is known about IPV in Native American populations than ...

"Until People Are Given the Right to Be Human Again": Voices of American Indian Men on Domestic Violence and Traditional Cultural Values

(2013) Domestic violence is a serious social problem in contemporary American Indian communities and research is critical to create and evaluate prevention and intervention strategies. This small qualitative study sought to discover the ways in which men from a ...