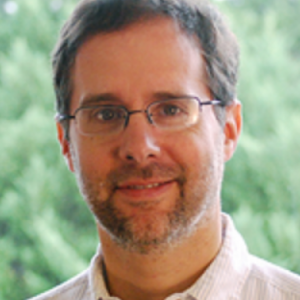 
As a scientist, Arthur's work focuses on the behavioral, social and cultural aspects of traffic injury prevention.

In the area of young drivers, Arthur has examined the magnitude and nature of the effect of GDL on young driver crashes, the degree of teen compliance with GDL restrictions, methods to facilitate parental management and supervision of beginning drivers, and the role of both parents and police in enforcing restrictions. Arthur was the principal investigator for a project funded by the AAA Foundation for Traffic Safety to investigate how parents supervise their teens’ driving during the learner stage of GDL. The study involved regular interviews with 50 families as they progressed through the learner stage. In addition, cameras were installed in the vehicles of these families to capture information that could not be obtained by self-report. In an extension of the original project, Arthur continued following the 50 families once teens made the transition to independent driving.

Arthur is currently the paper review coordinator for the Transportation Research Board (TRB) Motorcycles and Mopeds Committee. He is also a member of the TRB Young Driver Subcommittee. Arthur earned his bachelor’s degree from Washington University in St. Louis, and he holds a master’s degree in clinical psychology from the University of Missouri-Columbia.

Honk if you Love Apps that Protect Teen Drivers

The University of North Carolina is releasing what it calls the first research-based app for parents of teen drivers, which focuses not on restricting behind-the-wheel cellphone use but on helping novice drivers gain valuable experience in a variety of driving conditions and situations.

CHAPEL HILL -- Cutting alcohol consumption among college students nationwide is not only desirable, but also possible. A unique new University of North Carolina at Chapel Hill study concludes that correcting students' widespread misperceptions about how much other students drink helps to reduce drinking, especially heavy consumption. What works are continuing public education campaigns that let students know that reports of campus drinking are routinely exaggerated across the country, that alcohol can seriously impair health and that one doesn't have to drink to excess -- or drink at all -- to fit in and have fun. Researchers say the programs simply publicize scientifically accurate information about local student drinking rates.

Orientation Sessions for Parents of Young Novice Drivers: An Assessment of U.S. Programs and Recommendations

Introduction The role of parents in the licensing process has expanded greatly since the arrival of graduated driver licensing (GDL). Lengthy learner stages, supervised hours requirements and driving restrictions have created new responsibilities for parents that did not exist 20 years ago. A growing body of research has investigated how parents handle these responsibilities. In many cases, parents do not have a clear understanding of what, where and when teens should be practicing. With respect to GDL restrictions, parents show good awareness and understanding of the nighttime and passenger restrictions; however, the limits imposed by parents often lack strictness, focus on less important safety concerns and are not sustained.

A Review of Hazard Anticipation Training Programs for Young Drivers

2014 ABSTRACT: The proliferation of new communication technologies and capabilities has prompted concern about driving safety. This concern is particularly acute for inexperienced adolescent drivers. In addition to being early adopters of technology, many adolescents have not achieved the degree of automaticity in driving that characterizes experienced adults. Consequently, distractions may be more problematic in this group. Yet little is known about the nature or prevalence of distracted driving behaviors or distracting conditions among adolescent drivers.

Parent Comments and Instruction During the First Four Months of Supervised Driving: An Opportunity Missed?

2014 ABSTRACT: The present study examined the nature of the comments and instruction provided by parents during supervised driving. Unlike previous studies which rely on self-report, the data in this study were obtained through direct observation of parents and teens using in-vehicle cameras with audio recording.

ABSTRACT: For more than five years, the AAA Foundation has been engaged in a multi-part, naturalistic study of teen drivers in North Carolina, conducted at the UNC Highway Safety Research Center. In Part I of the study, researchers examined how parents supervise and coach their teen drivers during the learner permit stage of North Carolina’s Graduated Driver Licensing (GDL) system. Using in-vehicle recordings of novice teen driving, as well as family surveys, we learned that many teens simply don’t get enough practice during the relatively safe permit period, and gained valuable insights into how parents might serve as more effective driving coaches.

2012 ABSTRACT: The goal of the present study was to examine the longer-term effect of North Carolina's cell phone restriction. It was expected that compliance with the restriction would increase, as awareness of the restriction grew over time.

Talking and Texting Among Teenage Drivers: A Glass Half Empty or Half Full?

2010 ABSTRACT: Cell phone use and text messaging in particular are associated with an increased risk of motor vehicle crashes. However, the frequency with which teenagers use cell phones while driving is still largely unknown. The current study obtained self-reported cell phone use behaviors while driving, including text messaging, along with beliefs about these actions, for a sample of licensed teenage drivers.