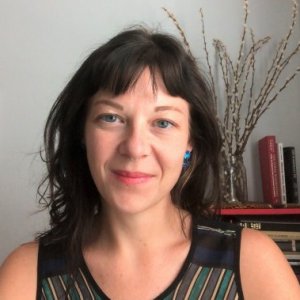 Professor Campi’s research focuses on right and left social movements in the 20th and 21st century United States; the role of media and schools in democratic education; and race, sex, and gender in American political culture. Her work has appeared in "Polity" and "Politics, Groups, and Identities," and is forthcoming "Theory and Event."

2017 Nominee for Best Dissertation in Women and Politics (professional)

The Unstable Alliance for ‘School Choice’: Social Movements and American Neoliberalism,” Polity 50 (2018): 398-427. Market-based “school choice” reforms in the United States were originally devised as a novel conservative tactic to break the liberal hold on public education. This paper focuses on the unstable political alliance—including black and Latino parents in urban settings, conservative Christians, and “new civil rights” advocacy organizations—that coalesced in the 1980s to bring these reforms to power. I argue that the while notions of “choice” and “empowerment” effectively brought unlikely actors together around a response to concrete problems, these alliances are thin and this response hotly contested. Through an account of the political history of school choice, I shed light on the dynamics of social movement mobilization and demobilization in shaping actors’ political visions and the possibilities they pursue, and I place current reforms in a history of racial struggle. This account challenge theories that attribute the driving force of market-based reform to a subsuming economization of politics wrought by neoliberal rationalities.

The 2016 U.S. Presidential election was an important milestone for gender equality in politics, when for the first time a major political party ran a woman at the top of the ticket. Expectations for a “women’s vote” and strong support among female voters for the Democratic Party nominee Hillary Clinton ran high. Women outnumber men by more than 10 million voters in the U.S. electorate, with white women the largest group among female voters...

Criminalization, the dominant racial logic of neoliberalism, supplements the demands of stratified and competitive economies with a coercive model of rule through policing.

Chapter of a book published by the UCLA Center for the Study of Inequality and Democracy, Spring 2018