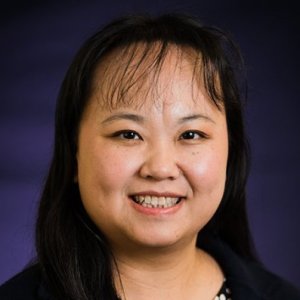 Dr. Chen’s research interests include AI and communication, new media and advertising, international and cross-cultural advertising, and social media and health communication. Chen has published more than 50 articles in leading refereed journals. Her research articles were selected as the 2019 most influential article of Journal of Advertising and the most read article of Journal of Current Issues and Research in Advertising. Chen was awarded a $350,000 National Science Foundation (NSF) grant in 2020 to look at bridging digital divides in undergraduate education of data science.

2021 Waste-to-energy is a promising approach for environmental sustainability. We examined the usage of watermelon rind waste coupled with nitrite-containing wastewater for electricity production in a membraneless biocathode microbial fuel cell (MB-MFC). Results showed that the maximum voltage output with internal nitrite circulation in a fed-batch mode was 294 mV, which was 1.4 and 1.3 times of that without internal circulation and in a continuous mode, respectively. Watermelon rind was quickly fermented to organic acids dominated with acetate and lactate during electricity generation. The most dominant genus in cathodic biofilm was Lactobacillus with a relative abundance of 74%, while the two dominative genera of Clostridium sensu stricto and Bacteroides in anodic biofilm had a similar abundance of approximately 18%. Three microbes cooperated well in producing electricity and converting nitrite to nitrogen gas. Additionally, we found the key genes of nirS/K, conrB and nosZ involved in nitrite reduction. Our results suggest the feasibility of harnessing electrical energy from MB-MFC with watermelon rind waste as substrates and nitrite-containing wastewater as electron acceptor.

2021 Purpose The purpose of this study is to understand how perceived micro-celebrity-product image congruency and product type affect native advertising effectiveness on Instagram. Additionally, the study aims to understand how advertising skepticism and persuasion knowledge affect the effectiveness of native advertising featuring micro-celebrity. Design/methodology/approach This study was administered online using a 2 (product type: high self-expressive vs low self-expressive) × 2 (micro-celebrity and product congruity: congruent vs incongruent) between-subjects factorial design to test the hypotheses. A total of 186 participants, all Instagram users living in the USA, were recruited using an Amazon Mechanical Turk (MTurk). After screening out 14 respondents who were not Instagram users or did not fully answer the questions, a total sample of 172 valid and complete responses were included for hypotheses testing. [...]

How consumers react to woke advertising: methodological triangulation based on social media data and self-report data

Journal of Research in Interactive Marketing

2021 The promotion of flavors, perceptions of “coolness,” and general curiosity are characteristics of electronic nicotine delivery systems (ENDS) that have appealed to young adults. However, little is known about the characteristics of popular social media posts related to ENDS on the social media network, Instagram. Methods: Content analysis was performed using the Content Appealing to Youth (CAY) index. Over 700 posts were collected from August 2019 – December 2019 by searching the Instagram hashtags, #vape and #vapelife. Frequencies and percentages were calculated for each of the six major categories and 35 sub-categories. Results: Nearly all of the images were color photographs and 84% featured an ENDS device (mod) as the focal point. The style of the device was often matte (75%) in only one or two main colors (55%). Warnings about age restrictions and nicotine were included in 28% of images, but commonly used promotional tactics, such as humor, presence of vapor puffs, and flavors were rarely utilized. Conclusions: Instagram posts featuring ENDS are visually appealing and like cigarette packaging, may have the capacity to influence perceptions about the product. Since it is culturally normative for appealing images to be shared on Instagram, greater attention should be placed on media literacy skills to educate young adults about ENDS viewed on social media.