Nina Caputo is a scholar of medieval Jewish history and interfaith relations in medieval Europe.

Nina Caputo is a scholar of medieval Jewish history and interfaith relations in medieval Europe. Caputo is author of Nahmanides in Medieval Catalonia: History, Community, Messianism (2007) and Debating Truth: The Barcelona Disputation of 1263, A Graphic History (Oxford 2017). She is currently working on a book on the figure of the Jewish convert to Christianity in the middle ages. Professor Caputo’s recent courses include “Medieval Jewish History,” “Early Modern Jewish History,” “Holy War,” “Religion and Politics in Medieval Iberia,” and “Apocalypse and Millennium in the Middle Ages.” Her graduate students work in medieval Jewish history, medieval history, and early modern Sephardic culture.

Jewish-Christian Relations in the Middle Ages

THOMAS DEVANEY. Enemies in the Plaza: Urban Spectacle and the End of Spanish Frontier Culture, 1460–1492.

As Elias Canetti observed in his study of mass behavior, crowds have been a powerful if at times mysterious force in history, both as a product of long-term historical patterns and as agents for sudden change. Whether spontaneously generated or purposefully assembled, crowds are monstrosities.

The middle ages and the Holocaust: Medieval anti-Judaism in the crucible of modern thought

The common declaration never again evokes justified moral outrage at the atrocities of the Holocaust. It has been well enough integrated into our collective consciousness – in North America, at least – that its subject requires no elaboration or contextualization: never again will such wholesale destruction befall the Jewish people.

PAOLA TARTAKOFF. Between Christian and Jew: Conversion and Inquisition in the Crown of Aragon, 1250–1391.

Paola Tartakoff investigates the common assumption that religious faith and identity in the Middle Ages were both fixed and certain. Using an impressive array of archival data, she simultaneously illustrates some fundamental truths of this assumption while revealing it to be deeply flawed at its core. 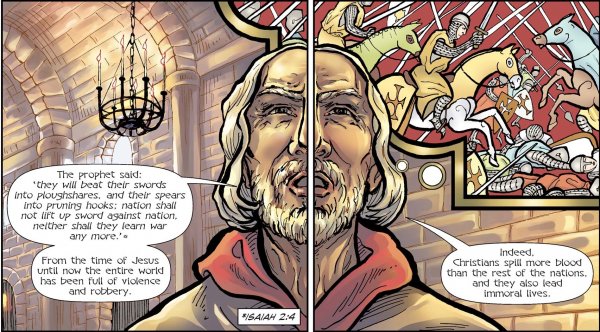