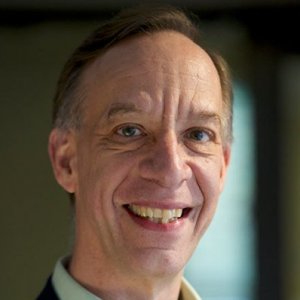 Dr. Norm Lewis has a quarter-century of experience in newspapers, ranging from the Washington Post financial desk to three smaller dailies in the Pacific Northwest where he served as editor for 15 years. He also was a publisher for three of those years. His research involves newsroom culture and ethics, especially plagiarism. His research has appeared in leading mass communication journals such as Journalism & Mass Communication Quarterly, Newspaper Research Journal, American Journalism and Journalism & Mass Communication Educator. He uses quantitative, qualitative, and historical methods to examine the role of systemic and situational factors on individual behavior.

2020 A thematic evaluation of data journalism courses resulted in a typology that parses the field and offers guidance to educators. At the center is pattern detection, preceded by data acquisition and cleaning, and followed by data representation. The typology advances academic understanding by offering a precise conceptualization that distinguishes data journalism from peripheral technologies and identifies coding as a supportive skill. It also enables a fresh definition of data journalism as the primary reliance on numerical evidence as a journalistic tool in detecting patterns, or the visual representation of numerical evidence to enable audiences to discern patterns.

2020 This syndicate offers four recommendations to help educators adjust curricula to accommodate the rapid integration of data into journalism. First, instruction in numeracy and basic descriptive statistics must be required as either modules in existing courses or as separate offerings. Second, students should be taught to avoid mistakes in interpreting and writing about data in both reporting and visual classes. Third, ethics courses should discuss data as a transparency tool that poses distinctive dilemmas. Fourth, computational thinking, or how to dissect and solve problems like a computer does, can be incorporated into existing classes that teach logic.

2019 Can the promise of data-driven reporting as an empirical form of journalistic inquiry take root in the Arab region, where public data are often inaccessible, equipment and skills are in short supply, and civic-affairs journalism is hamstrung by wary governments? Sixteen data journalists working in Arab nations were identified through multiple inquiries and a snowball sample that achieved saturation. Informants described data journalism as the careful analysis of numerical evidence to provide credible and sometimes visual information to audiences on subjects otherwise off limits and which aligns journalists with perceived global professional standards. Four types of barriers emerged: two structural (insufficient data access and social/political expectations) and two individualistic (ignorance and resistance). Combined, those barriers affirm journalistic role conception research and the value of metajournalistic discourse theory to reveal that the fundamental obstacle in the region is not a paucity of data but the ontological limitation of the dominant loyal-facilitator role.

The International Encyclopedia of Journalism Studies

2019 Journalists generally condemn plagiarism as a grave offense yet accept the omission of attribution as normative practice. They disagree over whether material requires attribution based on the type of job they hold and the medium for which they work. They also see attribution as optional for material derived from press releases and generally accept copying ideas without credit. Plagiarists do not differ from their peers in demographics or personality types, though they are more likely to take a flexible approach to integrity. Sanctions for plagiarism vary widely even among similar offenses within the same organization. Plagiarism is not a monolithic offense but one that, like many ethical issues, involves a complex interplay among individual and situational factors.

How U.S. and Chinese journalists think about plagiarism

2019 A comparison of 1,096 professional journalists in China and the United States on attitudes toward attribution and plagiarism reveals Chinese journalists were more likely to see attribution as a practice to be embraced regardless of career longevity and culture, suggesting journalistic norms are more important than a collectivist orientation. Attribution was more likely to be embraced by those who see principles as more important than expediency, affirming research that plagiarism is hardly a monolithic concept. Overall, journalists in the two nations did not vary significantly in their attitudes toward plagiarism, despite vast differences in culture and politics as well as evidence that in some other fields China is more accepting of reusing material without attribution. The data show that among journalists, attitudes toward plagiarism are shared across national boundaries, reinforcing related research showing that a journalism culture exists and is shared at least in part across national boundaries.