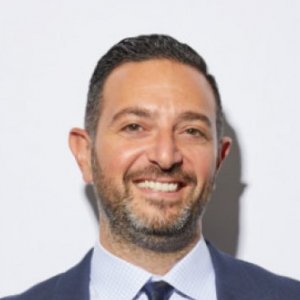 Avak Kahvejian, Ph.D. is a life sciences inventor, entrepreneur, and CEO. Since 2011, he has been a partner at Flagship Pioneering, where he leads a team to invent and launch new therapeutic platforms. His work has led to the creation of multiple high-value public and private companies including Cygnal Therapeutics (pioneering new drugs that target neuronal pathways for the treatment of cancer, and autoimmune/inflammation disorders); Codiak BioSciences (developing engineered exosome therapeutics as cancer treatments); Rubius Therapeutics (NASDAQ: RUBY); developing Red Cell Therapeutics, engineered red blood cells capable of providing potent and prolonged therapy for rare diseases, cancer, and autoimmunity; and Seres Therapeutics (NASDAQ: MCRB); the first microbiome therapy platform.

At Cygnal, Avak served as founding president and CEO from 2017 until the end of 2018, and currently serves as Chief Innovation Officer, leading the establishment and application of a neuronal biology platform for target and drug discovery in the fields of oncology and immunology. At Rubius, Avak served as founding President and CEO from 2013 to 2017, and then as CIO until the end of 2018. There he established the Rubius Erythrocyte Design (RED)™ platform and conceived and developed dozens of Red Cell Therapeutics (RCTs)™ spanning a range of therapeutic modalities including enzyme therapies, immuno-oncology and oncology therapies, and tolerogenic drugs. Avak also serves as a board member at Codiak and as CEO of multiple FlagshipLabs companies including Cellarity, Ring, FL50, and FL56. Prior to Flagship, Avak was VP of Business Development at Helicos BioSciences, which developed and commercialized the world’s first single molecule DNA sequencer.

Avak serves on the board of the International Institute of New England, an institution which creates opportunities for refugees and immigrants to succeed through resettlement, education, career advancement and pathways to citizenship. He is also on the board of the Canadian Entrepreneurs of New England, an organization dedicated to assisting Canadian entrepreneurs build ties with the Boston life sciences and technology ecosystems.

Avak earned his Ph.D. and B.Sc. in Biochemistry from McGill University in Montreal, Canada.