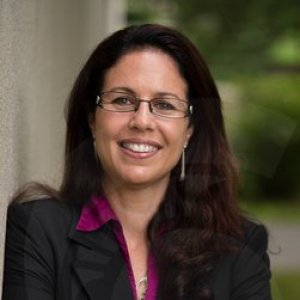 Dr. Ayalla Ruvio is an applied consumer behavior researcher who explores the psychology of consumers’ shopping behaviors. She focuses on issues such as identity and consumption, material vs. experiential consumption, consumer arrogance, and cross-cultural consumer behavior. Her research has been published in refereed journals including the Journal of Academy of Marketing Science, Psychology & Marketing, Journal of Product Innovation Management, Journal of Business Research, and Leadership Quarterly. She is the co-editor of the volume on "Consumer Behavior" in the International Encyclopedia of Marketing and the book "Identity and Consumption". Her research has featured in numerous media outlets all over the world, including the CNN, TODAY show, Good Morning America, TIME magazine, The New York Times, Forbes, Consumer Reports, The Daily Telegraph, The Atlantic, The Telegraph, and the Toronto STAR.

For the Executive MBA Program - Board College of Business, MSU

Most credit card companies, as well as banks in general, are wary of consumers with limited or bad credit. Having limited or no credit history makes it hard for credit card companies to evaluate the financial situation of the consumer. Bad credit implies in most cases that the consumer has a hard time keeping up with his or her payment schedule or has other blots on his or her credit history. In both cases, credit card companies regard these consumers as high-risk consumers. Almost any action that you take financially is being recorded and affects your credit score. Missing payments, a high debt-to-income ratio (too many loans compared to your income), many inquiries about your credit, many new credit cards or accounts, and filing for bankruptcy all have a direct impact on your credit score and on your ability to secure benefits such as low interest rates or even your chances to get loans or new credit cards. Actually, Chase Slate is one of the best options for consumers with fair credit.

While you might think of Spam as a basic canned meat, it’s actually one of the greatest business success stories of all time: Since Hormel Foods Corporation launched the affordable, canned pork product in 1937, it’s sold over eight billion cans in 44 countries around the world.

"It should be noted that the concept of the Super Bowl commercials is being determined and executed months before the game," Dr. Ayalla Ruvio, assistant professor at the Department of Marketing, Broad College of Business, Michigan State University, told CNBC via email. "Political changes, such the ones that we are currently experiencing, might shift the way the public perceived these messages. Issues that traditionally were viewed as positive and even mainstream can be challenged and become controversial."

Detroit Ranked Among Worst Cities In Country For Valentine’s Day, And The Reason May Surprise You

Ruvio shared a few tips on Wallethub.com for celebrating Valentine’s Day on a budget. “My tip would be to spend it in a way that enables you to experience and truly celebrate your love and relationship. You don’t have to go to a fancy and expensive restaurant. Surprise her/him with a romantic home cooked dinner for two. Make the moment last. Not the dollar,” she says.

When the Going Gets Tough, the Materialistic Go Shopping

These possession-driven folks tend to have lower self-esteem than others, said Ayalla Ruvio, assistant professor of marketing in MSU's Broad College of Business.

Strategies of the extended self: the role of possessions in transgenders’ conflicted selves

2018 Identity conflicts are an integral part of our lives, yet little is known about the implications of such conflicts for people's strategic presentation of their extended selves to others. To explore this topic and the role of possessions within it, we considered an extreme example that puts the issue into sharp relief. Using data from personal interviews with transpeople and information gleaned from their online forums, we identified four self-extending strategies that participants use to cope with and attempt to resolve their identity conflicts: backward self-extension, parallel self-extension, forward self-extension and metamorphosis of the core self. These strategies are ascribed to the evolution of their extended self and the processes of undoing undesired identities while owning up to desired identities. We draw conclusions about expanding the theories of the extended self and performativity in order to better account for self-conflicts and the role of possessions in dealing with these conflicts.

When bad gets worse: The amplifying effect of materialism on traumatic stress following terrorist attacks

Journal of Academy of Marketing Science

2014 Our research explores the amplifying effect of materialism on the experience of traumatic stress and maladaptive consumption via both an Israeli field study and a U.S. national survey. Our field study assesses the moderating impact of materialism upon both traumatic stress and maladaptive consumption among participants from an Israeli town under terrorist attack vs. participants from an Israeli town not exposed to hostilities. Our survey examines the possible underlying processes behind these effects among a nationally representative sample of Americans. The Israeli study reveals that, when faced with a mortal threat such as a terrorist attack, highly materialistic individuals report higher levels of post-traumatic stress, compulsive consumption, and impulsive buying than their less materialistic counterparts. Our U.S. study suggests that these effects are likely due to the fact that materialistic individuals exhibit lower levels of self-esteem, which reduces their ability to cope with traumatic events. Thus, our results indicate that, in addition to its well-documented harmful direct effect on psychological well-being, materialism also exerts an indirect negative effect by making bad events even worse.

2013 Organizational innovativeness (OI) is a central concept in academic research and managerial practice. In many cases, OI has been operationalized as the number of innovations organizations adopt. In contrast, this paper conceptualizes OI as a five‐dimensional construct (creativity, openness, future orientation, risk‐taking, and proactiveness) representing the organizational climate, which refers to the organization's ability to generate ideas and innovate continually over time. The findings support the conceptualization and operationalization of the five‐dimensional OI, validated in Norway, Israel, and Spain. These results shed new light on existing findings and can promote new research directions as well as guide strategic managerial decision‐making.

Religion is receiving increased interest from marketing researchers due to the heightened relevance of religious affiliation to global marketing efforts. However, almost all studies in the marketing literature focus upon religion within dominant cultural settings, that is, in contexts where the religion being studied is the prevailing religious tradition in a given country. Our study uses depth interviews with Christians, Muslims and Jews in dominant, minority and diasporic settings to more fully document the role which cultural context may have on the interaction between religion and marketing. The central holidays of Christmas, Ramadan and Passover as celebrated in the United States, Israel and Tunisia serve as the focal points of the study.