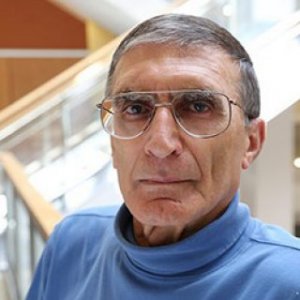 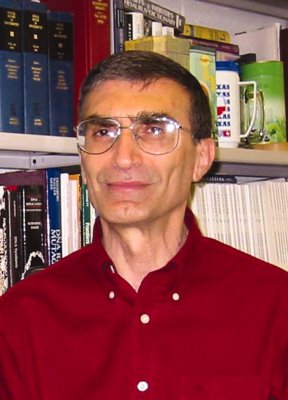 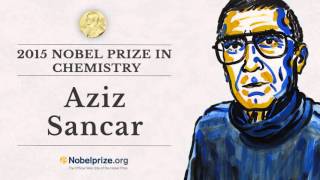 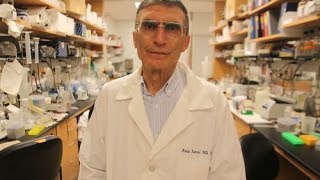 Aziz Sancar is a Turkish and American biochemist and molecular biologist specializing in DNA repair, cell cycle checkpoints, and the circadian clock. In 2015, he was awarded the Nobel Prize in Chemistry along with Tomas Lindahl and Paul L. Modrich for their mechanistic studies of DNA repair.

He is the co-founder of the Aziz and Gwen Sancar Foundation, which is a non-profit organization to promote Turkish culture and to support Turkish students in the United States.

The Bert and Natalie Vallee Award in Biomedical Science was established by the Bert and N. Kuggie Vallee Foundation in 2012 to recognize international achievements in the sciences basic to medicine. It is awarded to an established scientist for outstanding accomplishments in basic biomedical research. Nominations must originate from ASBMB members; however, the nominee need not be an ASBMB member.

The 2015 Nobel Prize in Chemistry has been awarded jointly to Tomas Lindahl of the Francis Crick Institute and Clare Hall Laboratory in England, Paul Modrich of Duke University School of Medicine, and Aziz Sancar of the University of North Carolina School of Medicine ffor their mechanistic studies of DNA repair. Our genetic material is constantly being damaged. “As a rough estimate, there are 10,000 DNA lesions per day per cell,” says Thomas Carell, who studies DNA repair at Ludwig Maximilian University of Munich. For example, every time DNA gets replicated, there’s a chance of the wrong base being inserted at a crucial spot. At the same time, chemicals or ultraviolet radiation can damage DNA bases.

Aziz Sancar, MD, PhD, the Sarah Graham Kenan Professor of Biochemistry and Biophysics at the UNC School of Medicine has been awarded the 2015 Nobel Prize for Chemistry for his groundbreaking work in mapping DNA repair. "My wife picked up the phone and told me the person on the line said this is very important," Sancar said. "So I took the phone and they told me I won the Nobel Prize. I was very surprised. I had been sleeping; this was 5 a.m. So I was pretty incoherent. But I thanked them and said, 'It’s an incredible honor.'" Sancar, who is from Turkey and has been a professor at UNC since 1982, earned the award for his work on mapping the cellular mechanisms that underlie DNA repair, which occurs every single minute of the day in response to damage caused by outside forces, such as ultraviolet radiation and other environmental factors. In particular, Sancar mapped nucleotide excision repair, which is vital to DNA subjected to UV damage. When this repair system is defective, people exposed to sunlight develop skin cancer. Also, Sancar showed that other substances can damage the nucleotide excision repair system. His work provides the crucial basic knowledge necessary to develop better treatments that protect against DNA damage, which can result in cancer.

2015 ABSTRACT: DNA repair and DNA damage checkpoints work in concert to help maintain genomic integrity. In vivo data suggest that these two global responses to DNA damage are coupled. It has been proposed that the single-stranded DNA gap generated by nucleotide ...

2015 ABSTRACT: Ribonucleotides are incorporated into the genome during DNA replication. The enzyme RNase H2 plays a critical role in targeting the removal of these ribonucleotides from DNA, and defects in RNase H2 activity are associated with both genomic instability and ...

2004 ABSTRACT: DNA damage is a relatively common event in the life of a cell and may lead to mutation, cancer, and cellular or organismic death. Damage to DNA induces several cellular responses that enable the cell either to eliminate or cope with the damage or to activate a ...

Structure and function of DNA photolyase and cryptochrome blue-light photoreceptors

2003 ABSTRACT: Photoreactivation is the reversal of the harmful effects, such as growth delay, mutagenesis, and killing, of far UV (200 - 300nm) on organisms by concurrent or subsequent exposure to blue light (350 - 450nm)...

1996 ABSTRACT: In nucleotide excision repair DNA damage is removed through incision of the damaged strand on both sides of the lesion, followed by repair synthesis, which fills the gap using the intact strand as a template, and finally ligation. In prokaryotes the damaged base is removed in a 12-13 nucleotide (nt)-long oligomer; in eukaryotes including humans the damage is excised in a 24-32 nt-long fragment. Excision in Escherichia coli is accomplished by three proteins designated UvrA, UvrB, and UvrC. In humans, by contrast, 16 polypeptides including seven xeroderma pigmentosum (XP) proteins, the trimric replication protein A [RPA, human single-stranded DNA binding protein (HSSB)], and the multisubunit (7-10) general transcription factor TFIIH are required for the dual incisions. Transcribed strands are specifically targeted for excision repair by a transcription-repair coupling factor both in E. coli and in humans. In humans, excision repair is an important defense mechanism against the two major carcinogens, sunlight and cigarette smoke. Individuals defective in excision repair exhibit a high incidence of cancer while individuals with a defect in coupling transcription to repair suffer from neurological and skeletal abnormalities...

1988 ABSTRACT: DNA is a highly reactive chemical species and therefore is the target of numerous physical and chemical agents. Heat causes deamination of bases, and base loss by gycosylic hydrolysis; UV radiation produces pyrimidinedimers and 6-4 photoproducts; ionizing radiation results in ring opening, base fragmentation, and single- and double-strand breaks. Chemical agents that modify DNA range from activated oxygen species generated during oxidative metabolism (1) to such common metabolites as glucose (2) to diverse inorgan­ ic and organic electrophiles including metals, alkylating agents, and polycy­ clic aromatic hydrocarbons (3). It is therefore quite remarkable that DNA is functionally more stable than the two other cellular macromolecules, RNA and protein. [A 3 . 4-kilobase fragment containing Alu sequences was recently cloned from a 2400-year-old mummy (4). ] This stability can be attributed to the double-helical structure, which carries the information in duplicate, and to the fact that the primary structure of DNA is all that is needed for transfer of information...