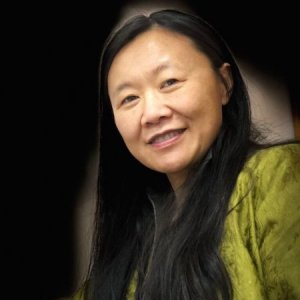 Professor of Pharmacology and Pharmaceutical Sciences | USC School of Pharmacy 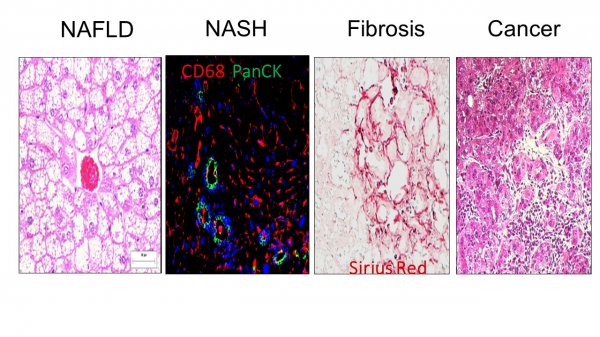 Bangyan Stiles joined the faculty of the Department of Pharmacology and Pharmaceutical Sciences at the USC School of Pharmacy in December 2005. She was promoted to Associate Professor with tenure in 2012 and Full Professor in 2016. Over the past ten years, she has built a successful program that allows her team to explore the complicated pathogenesis of chronic disease and apply therapies to test the translational value of our discoveries. Her group is the leader in understanding the contribution of lipid metabolism to cancer development targeting the phosphatidylinositol-3 kinase (PI3K) and related signaling pathway.

Dr. Stiles’ works have contributed to the understanding of how aged pancreatic beta-cells lose their response to the growth/regeneration signal and how this relates to the onset of diabetes. Her works in the liver investigates whether and how metabolic changes drive the development of cancer by studying liver cancer of which fatty liver is a common comorbid disease. This work spans from metabolic liver disease such as non-alcoholic and alcoholic fatty liver disease (NAFLD and ALD), steatohepatitis such as NASH, fibrosis and hepatocellular (HCC) and cholangiocyte carcinomas (iCCA). By targeting the PI3K pathway, works from her lab identified steatosis as a critical and required step for liver cancer development. They discovered Wnt produced from macrophages as niche factors that promote tumor development due to steatosis. Beside exploring the molecular signals mediating cancer transformation and the inflammatory tumor microenvironment, the Stiles lab also identified critical factors involved in the development of steatosis and have worked with collaborators to develop pharmacological reagents to address NAFLD and NASH.

The University of Texas at Austin: Ph.D., Nutritional Biochemistry 1998

Cutting the time on early disease diagnoses with extracellular vesicles

When an individual has cancer, or any number of other diseases, early detection can make a huge difference in the outcome. A research team led by the University of Notre Dame is working to cut the test time for disease biomarkers. The new timeline — 30 minutes instead of 13 hours — uses even smaller sample sizes to offer a new liquid biopsy option.

2018 Tumor initiating cells (TICs) have been identified as cells that account for tumor heterogeneity. Recent studies demonstrated that genes controlling stem cell biology play key roles in maintaining TICs and promote their development into cancer. In this review, we summarize findings from human and animal studies that indicate the presence of TICs during liver cancer development. Markers identified for liver development and regeneration are used to identify liver cancer TICs. Expression of these markers is often upregulated in human hepatocellular carcinoma (HCC) specimen. Using flow cytometry analysis and lineage tracing approaches, the presence of TICs is confirmed. Expression of TIC markers and the presence of TICs are also observed in genetically modified animals that target genes that are frequently altered in human HCC. The presence of these TICs represents a major challenge for therapeutic development. Elucidating signals that can regulate the fate, transformation and growth of liver TICs is an emerging need in liver research. Sex-determining region Y-box 9 (SOX9) has recently become an important marker for liver TICs. Here, we summarize the role of SOX9 in TICs and its potential interaction with other signals. This includes the Notch-Numb signal that controls asymmetrical-symmetrical cell division, Wnt-β-catenin signal that maintains cell fate and transforming growth factor (TGF)-β signal that acts as upstream inducers.

Obesity confers an independent risk for carcinogenesis. In the liver, steatosis often proceeds cancer formation; however, the mechanisms by which steatosis promotes carcinogenesis is unknown. We hypothesize that steatosis alters the microenvironment to promote proliferation of tumor initiating cells (TICs) and carcinogenesis. We used several liver cancer models to address the mechanisms underlying the role of obesity in cancer and verified these findings in patient populations. Using bioinformatics analysis and verified by biochemical assays, we identified that hepatosteatosis resulting from either Pten deletion or transgenic expression of HCV core/NS5A proteins, promotes the activation of Wnt/β-catenin. We verified that high fat diet lipid accumulation is also capable of inducing Wnt/β-catenin. Caloric restriction inhibits hepatosteatosis, reduces Wnt/β-catenin activation and blocks the expansion of TICs leading to complete inhibition of tumorigenesis without affecting the phosphatase and tensin homologue deleted on chromosome 10 (PTEN) loss regulated protein kinase B (AKT) activation. Pharmacological inhibition or loss of the Wnt/β-catenin signal represses TIC growth in vitro, and decreases the accumulation of TICs in vivo. In human liver cancers, ontology analysis of gene set enrichment analysis (GSEA)-defined Wnt signature genes indicates that Wnt signaling is significantly induced in tumor samples compared with healthy livers. Indeed, Wnt signature genes predict 90% of tumors in a cohort of 558 patient samples. Selective depletion of macrophages leads to reduction of Wnt and suppresses tumor development, suggesting infiltrating macrophages as a key source for steatosis-induced Wnt expression. These data established Wnt/β-catenin as a novel signal produced by infiltrating macrophages induced by steatosis that promotes growth of tumor progenitor cells, underlying the increased risk of liver tumor development in obese individuals.

Isoforms of protein kinase B (also known as AKT) play important roles in mediating insulin and growth factor signals. Previous studies have suggested that the AKT2 isoform is critical for insulin-regulated glucose metabolism, while the role of the AKT1 isoform remains less clear. This study focuses on the effects of AKT1 on the adaptive response of pancreatic β cells. Using a mouse model with inducible β-cell-specific deletion of the Akt1 gene (βA1KO mice), we showed that AKT1 is involved in high-fat-diet (HFD)-induced growth and survival of β cells but is unnecessary for them to maintain a population in the absence of metabolic stress. When unchallenged, βA1KO mice presented the same metabolic profile and β-cell phenotype as the control mice with an intact Akt1 gene. When metabolic stress was induced by HFD, β cells in control mice with intact Akt1 proliferated as a compensatory mechanism for metabolic overload. Similar effects were not observed in βA1KO mice. We further demonstrated that AKT1 protein deficiency caused endoplasmic reticulum (ER) stress and potentiated β cells to undergo apoptosis. Our results revealed that AKT1 protein loss led to the induction of eukaryotic initiation factor 2 α subunit (eIF2α) signaling and ER stress markers under normal-chow-fed conditions, indicating chronic low-level ER stress. Together, these data established a role for AKT1 as a growth and survival factor for adaptive β-cell response and suggest that ER stress induction is responsible for this effect of AKT1.

2018 Intraductal papillary mucinous neoplasias (IPMNs) are precancerous cystic lesions that can develop into pancreatic ductal adenocarcinomas (PDACs). These large macroscopic lesions are frequently detected during medical imaging, but it is unclear how they form or progress to PDAC. We aimed to identify cells that form IPMNs and mutations that promote IPMN development and progression.

2018 Insulin resistance–as observed in aging, diabetes, obesity, and other pathophysiological situations, affects brain function, for insulin signaling is responsible for neuronal glucose transport and control of energy homeostasis and is involved in the regulation of neuronal growth and synaptic plasticity. This study investigates brain metabolism and function in a liver-specific Phosphatase and Tensin Homologue (Pten) knockout mouse model (Liver-PtenKO), a negative regulator of insulin signaling. The Liver-PtenKO mouse model showed an increased flux of glucose into the liver–thus resulting in an overall hypoglycemic and hypoinsulinemic state–and significantly lower hepatic production of the ketone body beta-hydroxybutyrate (as compared with age-matched control mice). The Liver-PtenKO mice exhibited increased brain glucose uptake, improved rate of glycolysis and flux of metabolites in the TCA cycle, and improved synaptic plasticity in the hippocampus. Brain slices from both control- and Liver-PtenKO mice responded to the addition of insulin (in terms of pAKT/AKT levels), thereby neglecting an insulin resistance scenario. This study underscores the significance of insulin signaling in brain bioenergetics and function and helps recognize deficits in diseases associated with insulin resistance.