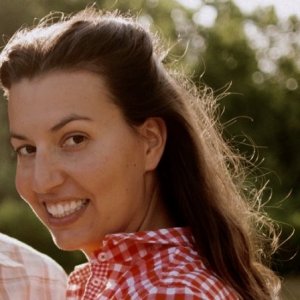 Barbara is a conservation biologist broadly interested in the behaviour and conservation of species-at-risk in human modified landscapes. She completed her B.Sc. at Carleton University (2005), and her M.Sc. (2009) and Ph.D. (2014) at McGill University. Her doctoral research focused on the habitat use, breeding ecology, and community interactions of Red-headed Woodpeckers in southern Ontario, where she led a public outreach and education campaign on the conservation of the species. She is currently a postdoctoral researcher at University of Ottawa and a visiting scholar at McGill University, researching the balance and tradeoffs of biodiversity and ecosystem services in Canadian agroecosystems. She is a co-founder and the current director of the McGill Bird Observatory, where she is involved in year-round monitoring and research on Canadian birds species. In 2017 Barbara is overseeing the installation of a Montreal extension of the MOTUS automated telemetry array, and in collaboration with Dr. Elliott from McGill University is initiating a new research program on migration ecology of passerines in the Montreal area.

Women in Science and STEM

Commentary on bird territoriality during the breeding season

Red-headed Woodpecker is a bird of special concern

Interspecific competition and nest survival of the threatened Red-headed Woodpecker

The cavity-nesting Red-headed Woodpecker (Melanerpes erythrocephalus) is a once common, but now threatened, species across most of its range. Although several drivers for the species’ decline have been suggested, few have been quantitatively tested and still little is known of the Red-headed Woodpecker’s breeding ecology. From 2010 to 2011, we monitored 60 Red-headed Woodpecker nests across a variety of habitats in southern Ontario to estimate the species’ nest survival near the northern edge of their range where populations are rapidly declining. We investigated the relevance of a suite of meteorological, biotic, temporal, and habitat-based drivers on woodpecker nesting success. The frequency of European Starlings (Sturnus vulgaris) sightings near active woodpecker nest sites was the strongest factor influencing Red-headed Woodpecker nest survival. Logistic-exposure nest success assuming constant survival (68 %) dropped significantly (to 13 %) when the frequency of Starling sightings was considered. More than a third of nest failures were suspected to be the result of aggressive cavity takeovers by Starlings, and nests with Starlings present were almost four times more likely to fail than nests without. Red-headed Woodpecker nest survival early in the breeding season appeared depressed, perhaps as a result of interference competition with Starlings. Nesting success increased with the availability of snags and dead branches, which may increase foraging opportunities and parental attentiveness at the nest, leading to more effective nest defense. This research is contrary to previous reports that Starlings do not negatively affect North American primary cavity nesters, and demonstrates the importance of considering multiple ecological, temporal, and spatial factors when determining threats for species-at-risk.

Maladaptive Habitat Use of a North American Woodpecker in Population Decline

Rapid anthropogenic habitat changes can lead to non-ideal habitat use by animals, often resulting in lower fitness and population declines. An extreme case of use and fitness mismatch is an ecological trap where habi- tat quality cues are disjointed from the true quality of the habitat. Species primarily associated with anthropogenically altered habitat, such as red-headed woodpeckers (Melanerpes erythrocephalus), may be especially vulnerable to use and fitness mismatch as they encounter novel environ- mental challenges. We investigated multi-scale habitat use and nesting success of red-headed woodpeckers to assess their vulnerability to mis- matches between use and fitness as a result of non-ideal habitat use across multiple scales. We found that habitat characteristics that promote feeding potential such as canopy openness and greater dead limb length appeared paramount and were consistent in use across several spatial scales although reproductive fitness suffered. This contrasts with the assumption that habi- tat use by nesting birds should instead favor predation avoidance at smaller scales to improve reproductive fitness and suggests that maladaptive, food- based habitat use by red-headed woodpeckers in southern Ontario may result in ecological traps for the species. Whether due to poor habitat choices or costly ones in favor of feeding potential, it is vital to consider this behavior in conservation and management plans for this and similar species. We suggest multi-scale habitat use studies that consider fitness outcomes are critical for species-at-risk in human-modified landscapes

The Bobolink (Dolichonyx oryzivorus) and Eastern Meadowlark (Sturnella magna) both rely upon grasslands for breeding, have similar breeding distributions in Ontario, often co-occur in the same fields, have similar population trajectories, and face similar threats. Because of these relationships, the two species are represented within a single recovery strategy. Prior to European settlement in eastern North America, Bobolinks and Eastern Meadowlarks nested in native prairies, savannahs, alvar grasslands, beaver meadows, burned-over areas, and areas cleared for agriculture by First Nations. Although most such habitat was destroyed following European settlement, the two species quickly adopted newly-created surrogate grasslands – primarily pastures and hayfields – as nesting habitat. Indeed, were it not for the creation of these agricultural habitats for livestock, the two species may well have disappeared from large parts of their original range. Though still common and widespread, the Bobolink and Eastern Meadowlark were recently designated as threatened species in Ontario, primarily as a result of strong population declines that have been occurring in Ontario and across most of their breeding ranges. Population losses in Ontario have been occurring over much of the last half century. Over the most recent 10-year period, it is estimated that the Bobolink population in Ontario has declined by an average annual rate of 4 percent, which corresponds to a cumulative loss of 33 percent. Over the same period, Eastern Meadowlark populations have declined at an average annual rate of 2.9 percent (cumulative loss of 25%).