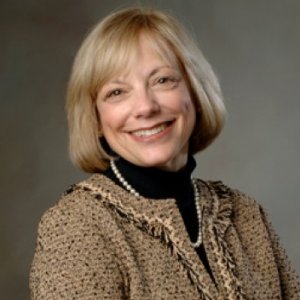 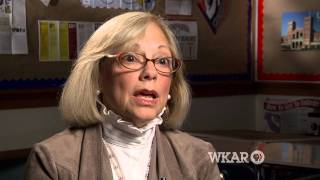 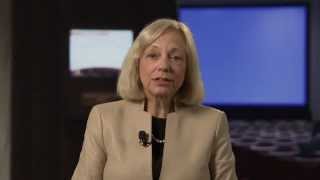 Barbara Schneider uses a sociological lens to understand societal conditions and interpersonal interactions that create norms and values for enhancing human and social capital. Her research focuses on how the social contexts of schools and families influence the academic and social well-being of adolescents as they move into adulthood. In her career, Schneider has also played a significant role in the development of research methods for the real- time measurement of learning experiences. She is a Fellow of the American Association for the Advancement of Science (AAAS), the National Academy of Education, the American Educational Research Association (AERA) and, most recently, was elected to the Finnish Academy of Science and Letters. In 2017, she received an Honorary Doctor of Philosophy degree from the University of Helsinki. Schneider is the principal investigator of the College Ambition Program (CAP), a study that tests a model for promoting a STEM college-going culture in high schools that encourages adolescents to pursue STEM majors in college and in their careers. She is also the principal investigator of Crafting Engagement in Science Environments, an international high school study that tests the impact of Project Based Learning on student academic, social and emotional factors in science classes. Professor Schneider has published 15 books and more than 100 articles and reports on family, social contexts of schooling and sociology of knowledge.

MSU researchers look to put a spark in science ed

'The National Science Foundation has awarded MSU a grant that will allow them to study and test the best ways to improve science learning in schools. We speak with principal investigator for the project Barbara Schneider...'

2019 Countries around the world are experiencing a decline in science engagement, especially among minority groups, which ultimately can affect their pathway into STEM careers. One attempt to address this dilemma is a $3.6 million international project funded by the National Science Foundation, the first of its kind to directly address science learning and instruction aligned with new country-specific science standards. This book tells the story of that research project as it is implemented in physics and chemistry classrooms across the United States and Finland, involving thousands of students at the secondary school level.

The Impact of Being Labeled as a Persistently Lowest Achieving School: Regression Discontinuity Evidence on Consequential School Labeling

2017 Since the No Child Left Behind Act was enacted, grading and labeling of schools as low performing have been increasingly used as means to incentivize failing schools to raise student achievement. Using statewide high school data from Michigan, our regression discontinuity analyses show that the bottom 5% of schools identified as persistently lowest achieving (PLA), which is publicly announced and has consequential accountability, increased their student performance in writing and to a lesser extent in mathematics and social studies. The PLA effect in writing is quite robust, based on various sensitivity analyses. We find no improvement in student achievement for the bottom 6% to 20% of schools labeled as “watch list” that received no actual penalties and little public attention. Our findings suggest that schools respond differently to varying forms of labeling as low performing, depending on the levels of accountability pressure and social stigmatization.

Evidence and Public Good in Educational Policy, Research and Practice

2017 Based on their experiences from their work with two national initiatives designed to reform educational practice in U.S., the authors present seven guiding principles of evidence-based/informed educational policy and research to lay the foundation for making rigorous and comprehensive judgments about what evidence and scientific research designs should be taken into account when scaling-up educational reforms to serve the public good. The authors further provide case examples from US with a clear potential to both utilize and generate evidence in the public interest including educational research studies that seeks to support underrepresented groups in preparing for and achieving successful transitions to postsecondary education and careers, in STEM and other fields. The authors conclude that educational researchers have a critical role to play in providing decision-makers with the tools to judge the evidence to serve public good.

Are Expectations Alone Enough? Estimating the Effect of a Mandatory College-Prep Curriculum in Michigan

2016 This paper examines the impacts of the Michigan Merit Curriculum, a statewide college preparatory curriculum that applies to the high school graduating class of 2008 and later. We use a student, longitudinal database for all public school students in Michigan for the main analyses, and complement this with analyses from a state-year panel. The study employs several non-experimental approaches, including a comparative interrupted time series and a synthetic control method. Our analyses suggest that the higher expectations embodied in the MMC has had little impact on student outcomes. Looking at student performance on the ACT, the only clear evidence of a change in academic performance comes in science. Our best estimates indicate that ACT science scores improved by 0.2 points (or roughly 0.04 standard deviations) as a result of the MMC. Students who entered high school with the weakest academic preparation saw the largest improvement, gaining 0.35 points (0.15 standard deviations) on the ACT composite score and 0.73 points (0.22 standard deviations) on the ACT science score. Our estimates for high school completion are very sensitive to the sample and methodology used. Some analysis suggests a small negative impact on high school graduation for students who entered high school with the weakest academic preparation, but other analysis finds no such effect.