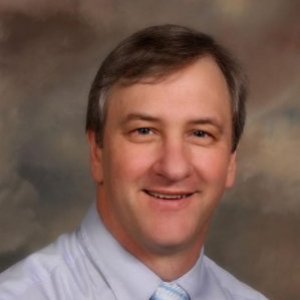 Dr. Balleck has research and teaching interests in the fields of international and domestic terrorism, U.S. foreign policy, the rhetoric of politics, the United Nations, and international human rights. He has dozens of conference presentations to his credit and has published in journals such as Presidential Studies Quarterly, Politics & Policy, and Peace Psychology Review. Dr. Balleck’s most recent publication is a book from Praeger Press entitled, “Allegiance to Liberty: The Changing Face of Patriots, Militias, and Political Violence in America.”

Making the World More Relevant for Students: Role Playing Exercises for the Classroom

2004 As our world grows more complex and difficult to understand, perhaps we benefit best by looking at it through different lenses and at different angles. Since “accidents” of our birth and upbringing leave us predisposed to adopt only one perspective and to be certain that we have the best view, it is even more important that we consciously identify and separately consider a variety of viewpoints. As everyone knows reading a concept in a book or even viewing someone else demonstrating it is quite different than actively participating in the conduct of such a concept. This essay is a collection of our own classroom simulations developed for the purpose of furthering this educational endeavor.

1994 Realism/Idealism are major rhetorical tropes of international relations. This paper attempts to generate a thicker specification of their meanings. Canonical international relations texts were searched for prototypic Realist and Idealist items. Expert coders evaluated the items for goodness of fit along Realist an Idealist dimensions. The items fell into four groups. Group 1, Realism but not Idealism, contained items that coders scored high on Realism and low on Idealism. As one might expect, these items included positive references to “power,” “sovereign,” “nation,” and “state” as well as “anarchical,” “armed,” “bad,” “balance,” “defense,” “fear,” “force,” “interests,” “military,” “struggle,” and “threat.” Group 2, Idealism but not Realism, included positive references to a number of themes including “agency,” “agreement,” “disarmament,” “environment,” “government,” “humankind,” “institutions,” “justice,” “order,” “organization,” “peace,” “reform,” “security,” “structure,” “transformation,” and “welfare.” Items in Groups 1 and 2 clarify the separate subjective dimensions of Realism and Idealism. They can be used to measure Realist and Idealist attitudes in content analysis, psychological experiments, and survey research. Group 3, Both Realism and Idealism, contained items that were functional and pragmatic, blending positive, balanced, moderate references to both schools. Items in Group 3 suggest that Realism and Idealism need not be dialectically opposed antitheses, as they often are presented in the literature, but can be joined in a constructive synthesis. Group 4, Neither Realism nor Idealism, contained items that were not explicitly linked to general theoretical concepts, but were heavily embedded in ideology, such as anti-Communism, or in specific contexts such as the Middle East. Items in Group 4 raise questions about the general applicability of international relations theory in concrete situations of foreign policy. The contexts of specific situations may contain their own powerful independent logics, activating local rather than global knowledge.

When the Ends Justify the Means: Thomas Jefferson and the Louisiana Purchase

1992 The Louisiana Purchase was undoubtedly the single greatest achievement of Thomas Jefferson's presidency. Yet many critics have seen Jefferson's purchase of Louisiana as a "sell out" of his most cherished political principles—states' rights and strict constructionism. This paper argues that Jefferson desired to achieve a greater end in the case of the Louisiana Purchase—i.e., the survival of Republican government in the United States. Thus, Jefferson temporarily relented on the means for achieving Republican government—states' rights and strict constructionism—in order to take advantage of an extraordinary opportunity to secure the ends of Republicanism.