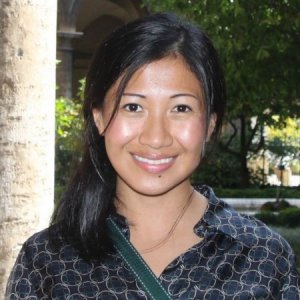 The Alexander Henderson Award for Excellence in Economic Theory

OTC markets exhibit a core-periphery network: 10-30 central dealers trade frequently and with many dealers, while hundreds of peripheral dealers trade sparsely and with few dealers. Existing work rationalize this phenomenon with exogenous dealer heterogeneity. We build a search-based model of network formation and propose that a core-periphery network arises from specialization. Dealers endogenously specialize in different clients with different liquidity needs. The clientele difference across dealers, in turn, generates dealer heterogeneity and the core-periphery network: The dealers specializing in clients who trade frequently form the core, while the dealers specializing in buy-and-hold investors form the periphery.

I build a dynamic search model of bond and CDS markets and show that allowing short positions through CDS contracts increases liquidity of the underlying bond market. This result contrasts with existing theories on derivatives, which show that derivatives fragment traders across the derivative and underlying markets and thereby decrease liquidity in the underlying cash market. I reach the opposite conclusion by endogenizing the aggregate number of investors. My results help explain how sovereign bond markets reacted to a naked CDS ban.

A defining friction of sovereign debt is the lack of collateral that can back sovereign borrowing. This paper shows that credit default swaps (CDS) can serve as collateral and thereby support more sovereign borrowing. By giving more bargaining power to lenders in ex-post debt renegotiations, CDS becomes a commitment device for lenders to extract more repayment from the debtor country. This ex-post disciplining effect during debt renegotiations better aligns the sovereign's ex-ante incentives with that of the lender. CDS alleviates agency frictions that are present in any lending contracts but are particularly difficult to mitigate in sovereign debt context. As a result, CDS enables the borrower to raise more external capital.