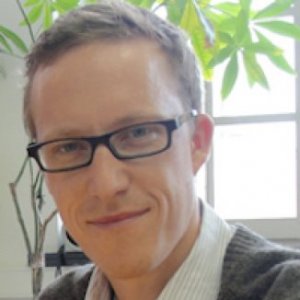 Professor Depoorter is Sunderland Chair at the University of California, Hastings College of the Law, EMLE coordinator at CASLE Ghent University, and Affiliate Scholar at Stanford Law School’s Center for Internet at Society. He is a frequent visiting professor at Berkeley Law, teaching in the LL.M.’s Professional Track.

Copyright law is one of his major areas of expertise, where Depoorter has investigated a variety of questions relating to enforcement of intellectual property law in the digital era, including whether and how fees-shifting can be used to align incentives between authors in way that promote creativity, how punitive approaches to copyright law adversely impact copyright social norms, and how automated enforcement measures create false positives.

Litigation theory is Depoorter’s other major area of expertise, where he has investigated the strategic pursuit of losing litigation by interest groups that seek to mobilize public and political support, examined the feedback effect of tort settlements on legal precedent, and described the shaping effect of legal uncertainty and court delay.

Professor Ben Depoorter completed his studies at Yale Law School (2003, 2009) on a full scholarship from the BAEF. As an Oscar Cox and Olin Fellow at Yale, Depoorter served as an editor of the Yale J. Reg. He was a Santander Research Fellow at U.C. Berkeley and a recipient of a Fulbright scholarship.

Awarded by University of California, Hastings College of the Law

study grant for research in the United States

Dissertation: ‘Fragmentation of Property Rights: The Law and Economics of the Anticommons’

Fellow at the Center for Information Technology and Law

Stolen Bases: A Teenager Argues That a Big-League Ballclub Stole His Work

In trademark law, especially, it's good to be the king. In the mid-1990s Congress expanded the scope of the law to include "dilution." This gives big companies (like professional sports franchises) a tool most 16-year-olds don't have; they can claim interlopers are "diluting" their established, famous marks. There is some cold comfort for the little guy whose stuff is copied or stolen by the big guy: "You do get free publicity," says UC Hastings professor Ben Depoorter. "It could be the best thing that happens to you."...

BART's logo is not in the public domain, and even local T-shirt artists who glean BART imagery do so at their own legal peril. But, in claiming it can clamp down on moviemakers' First Amendment rights, BART is taking things rather far indeed, says UC Hastings law professor Ben Depoorter. "Movies are commercial — but they have a lot of free speech purposes," he says. "If I were making a Saturday Night Live sketch about BART, what they're saying is I would have to ask permission? No, that would quell free speech. ... There's no potential for confusion. It's not like the movie is selling BART-related goods."...

They argue that IP addresses can be shared by computers belonging to different people on the same network, or can even be hijacked by hackers. "If you're filing three lawsuits per day, that very much looks like an abusive model," Ben Depoorter, a professor at the University of California, Hastings College of Law, told the magazine. Recently, anti-"lawsuit trolling" activists hailed an important victory when a US High Court judge ruled that internet service providers do not have to provide the personal details of users accused of piracy...

The Biggest Filer of Copyright Lawsuits? This Erotica Web Site

Ben Depoorter, a professor at the University of California, Hastings College of Law, said that there is no U.S. government enforcement agency tasked with policing copyright infringement; the law is designed primarily for private civil lawsuits, like the ones that Malibu Media has filed. But some judges may question whether the company’s motive is to make money or to deter piracy, he said: “If you’re filing three lawsuits per day, that very much looks like an abusive model. Some judges may say this looks like a business model. On the other hand, infringement is infringement.”...

'Don't Be Fat Like Her!' Plus-size blogger's rage after diet company stole her image to promote products

Still, Venus Factor could be held liable for 'stealing' the photo whether the company was directly responsible or not, according to law professor, Ben Depoorter because it’s name appears on the spam adverts. He says Mrs Cateyes could make a claim of copyright infringement - as it was her husband who took the shot - or make another on the grounds of publicity rights. By law, no one can market your personality or image to sell a product. 'It’s meant to help celebrities, but it also applies to non-celebrities,' Mr Deporter [sic] explained. 'It’s just less straightforward than the copyright route because it’s harder to demonstrate harm for a non-celebrity.'...

Why Do People Obey Laws: A Field Experiment

The Dangerous Undertaking: How Courts Should Approach Aesthetic Judgements in Copyright Law

Copyright enforcement is riddled with false positives. A false positive occurs when enforcement actions are taken against uses that are not actual infringements. Far from benign occurrences, copyright false positives inflict significant social harm in the form of increased litigation and transaction costs, distortions of licensing markets through rent-seeking behavior, increased piracy due to diminished public adherence with copyright law, and the systemic erosion of free speech rights and the public domain. To combat this problem, this Article analyzes the causes that give rise to false positives, as well as their legal and social effects, and offers policy recommendations targeted at mitigating the damage of false positives. These policy recommendations include heightening the registration requirements to include a substantive review of all copyright claims; the promulgation of regulations dictating that copyright registrations be periodically renewed; and revision to the statutory damage provisions of the Copyright Act in order to encourage litigation that would help to excise false positives from the copyright corpus.

The Upside of Losing

Conventional understanding in legal reform communities is that time and resources are best directed toward legal disputes that have the highest chance of success and that litigation is to be avoided if it is likely to establish or strengthen unfavorable precedent. Contrary to this accepted wisdom, this Essay analyzes the strategic decisions of litigation entrepreneurs who pursue litigation with the awareness that losing the case can provide substantial benefits. Unfavorable litigation outcomes can be uniquely salient and powerful in highlighting the misfortunes of individuals under prevailing law, while presenting a broader narrative about the current failure of the legal status quo. The resulting public backlash may slow down legislative trends and can even prompt legislative initiatives that reverse the unfavorable judicial decisions or induce broader reform. This analysis revises some conventional wisdom about litigation. First, while it is traditionally understood that legal reform activists must persuade courts to recognize unattended rights or to confirm new rights and activist positions, the analysis here suggests that social changes can be obtained in litigation without requiring the involvement of courts as policymakers. Moreover, passive courts and judicial deference in fact strengthen the mobilizing effect of litigation by clearly shifting the burden to legislators and their constituents. Second, the dynamics of successful defeat in litigation shed new light on the costs and benefits involved with litigation. In the proposed framework, a plaintiff’s decision to litigate rests not simply on the probability of success but also on a tradeoff between the potential costs of a negative precedent and the political benefits obtained in defeat. Third, the mobilizing potential of adverse court decisions presents a fascinating conflict between the immediate interests of the actual plaintiff and of the litigation entrepreneur or intermediary that supports the litigation with an eye on the underlying long-term goals of a social cause. Finally, the potential benefits of adverse outcomes refute some of the criticisms about the limitations and downsides of pursuing social change through courts.

Copyright Fee Shifting: A Proposal to Promote Fair Use and Fair Licensing

The Cross-Atlantic Law and Economics Divide: A Dissent