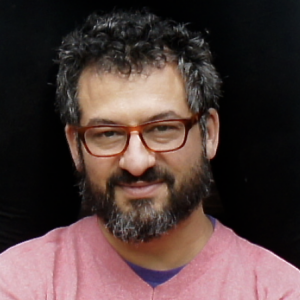 
College of Communication and Fine Art

Ben Yalom is Founder and Co-Artistic Director of foolsFURY, and has directed many productions including the world premiere of Sheila Callaghan’s Port Out, Starboard Home, Doug Dorst’s Monster in the Dark, the US premiere of Fabrice Melquiot’s The Devil on All Sides (which he also translated), Don DeLillo's Valparaiso, the West Coast premiere of Martin Crimp's Attempts on Her Life, and others. He directed the controversial musical Bangers’ Flopera with Inverse Theater in the New York Fringe Festival and the New York Musicals Festival. Ben has also worked with A.C.T., the Bay Area Playwrights Festival, the Magic Theatre, Playground, the Aurora Theatre, and Encore Theatre (San Francisco), The Cell (New York), and Théâtre Ange Magnétique (Paris).

Ben recently designed a new theater program at the United Nations International School in New York, and currently teaches at CSU Fresno. He holds an MFA from the Iowa Writers’ Workshop. His translations of Fabrice Melquiot’s The Devil on all Sides and Albatross were recently published by Exit Press. He proudly serves on the board of the Network of Ensemble Theaters.