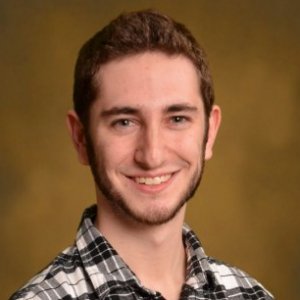 
Leading expert in the field of emoji studies.

Dr. Weissman's research focuses on meaning in conversation from a cognitive and linguistic perspective. With a PhD in Linguistics from the University of Illinois at Urbana-Champaign, Dr. Weissman has conducted research at the intersections of pragmatics, psycholinguistics, and experimental linguistics. His dissertation investigated the effects of context and different types of linguistic meaning on lie judgments; current research expands on this topic. In addition, Dr. Weissman has become one of the leading researchers in the growing topic of emoji studies, with research on how emojis get processed in the brain and combine with words to convey meaning in text-based conversations. At RPI, Dr. Weissman works with students in introductory Cognitive Science and Linguistics classes as well as advanced Psycholinguistics.

Emojis Should Supplement Communications, Not Replace Them, Experts Say

... The value of emojis lies in their ability to let users express information in a way that's usually unavailable in text, Benjamin Weissman, a lecturer in the Department of Cognitive Science at Rensselaer Polytechnic Institute, told Lifewire in an email interview. Emojis can serve to integrate important elements of face-to-face communication, like facial expressions and gestures. ...

... So if emojis aren’t words, what are they? In some sense, emojis give us something we already have with spoken/signed language. In face-to-face communication, as well as using words we also extract meaning from the tone and pitch of the voice, facial expressions, hand gestures, body language – and even the physical setting of the conversation. Emojis, similarly, give us a way to enrich the text-based medium. Just as facial expressions and gestures are intrinsic to our face-to-face conversations, it’s easy for us to use emojis in our electronic conversations to fulfil some of the same functions. ...

A strong wink between verbal and emoji-based irony: How the brain processes ironic emojis during language comprehension

Emojis are ideograms that are becoming ubiquitous in digital communication. However, no research has yet investigated how humans process semantic and pragmatic content of emojis in real time. We investigated neural responses to irony-producing emojis, the question being whether emoji-generated irony is processed similarly to word-generated irony. Previous ERP studies have routinely found P600 effects to verbal irony. Our research sought to identify whether the same neural responses could also be elicited by emoji-induced irony. In three experiments, participants read sentences that ended in either a congruent, incongruent, or ironic (wink) emoji. Results across all three experiments demonstrated clear P600 effects, the amplitudes of which were correlated with participants’ tendency to treat the emoji as a marker of irony, as indicated by behavioral comprehension question responses. These ironic wink emojis also elicited a strong P200 effect, also found in studies of verbal irony processing. Moreover, unexpected emojis (both mismatch and ironic emoji) also elicited late frontal positivities, which have been implicated processing unpredicted words in context. These results are the first to identify how linguistically-relevant ideograms are processed in real-time at the neural level, and specifically draw parallels between the processing of word- and emoji-induced irony.