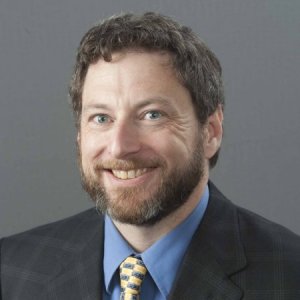 Economics of Leadership and Organization

Benjamin E. Hermalin holds professorships both in the Economics Department and at Berkeley Haas. In the latter, he is the Thomas & Alison Schneider Distinguished Professor of Finance. He received his PhD from MIT in 1988, the same year he joined UC Berkeley as an assistant professor in the Department of Economics and the School of Business. He became a full professor in 1998. From 1999-2006 he was the Willis H. Booth Chair in Banking & Finance. He received the Schwabacher Award for outstanding teaching and research in 1993 and the Earl F. Cheit Outstanding Teaching Award in 1991. From 1999 to 2002, he served as the Berkeley Haas Associate Dean for Academic Affairs and Chair of the Faculty. He was the Interim Dean of Berkeley Haas for most of 2002. He served as the Economics Department Chair from 2005 until 2008. He served from 2009 until 2012 (chair, 2011-12) on the campus's Budget Committee, which reviews all academic personnel matters on the campus, including appointments, tenure, and promotions. He is a former co-editor of the RAND Journal of Economics. In 2014-15, he was the Vice Chair of the Academic Senate and served as Chair from fall 2015 until spring 2016. He is currently the Vice Provost for the Faculty. His areas of research include corporate governance, the study of organizations—especially leadership, industrial organization, and law and economics.

2014 – 2015 Distinguished Service Award from the Division of Social Sciences

Are We Too Captivated by Charisma in Hiring?

Research by Prof. Benjamin Hermalin, Thomas & Alison Schneider Distinguished Professor in Finance and Vice Provost for the Faculty, found that charismatic leaders are often tempted to substitute charm for action and to hide bad news.

“If this were one of those open secrets, as was alleged with Weinstein, they’re really much more culpable,” said Benjamin Hermalin, a UC Berkeley professor and expert on corporate governance.

Most companies in Silicon Valley can be considered content companies, noted Benjamin Hermalin, an economics professor at the UC Berkeley Haas School of Business, as they stream videos or deliver apps.

The FCC should preserve net neutrality

Who do you think should decide what content you can most readily access, you or your Internet service provider (ISP)? Although we suspect most Americans would like to decide for themselves, FCC Chairman Ajit Pai has concluded that your ISP—that is, AT&T, Comcast, or one of a few other large corporations—should decide for you. For that is, in effect, what he proposed last week in scrapping net neutrality regulations.

Biased Monitors: Corporate Governance when Managerial Ability is Misassessed Journal of The Japanese and International Economies

Why Whine about Wining and Dining? Journal of Law, Economics, and Organization

When Less is More: The Benefits of Limits on Executive Pay The Review of Financial Studies

Information Disclosure and Corporate Governance The Journal of Finance

The Economics of Network Neutrality RAND Journal of Economics

Endogenously Chosen Boards of Directors and Their Monitoring of the CEO, The American Economic Review

Toward an Economic Theory of Leadership: Leading by Example American Economic Review

Moral Hazard and Verifiability: The Effects of Renegotiation in Agency Econometrica